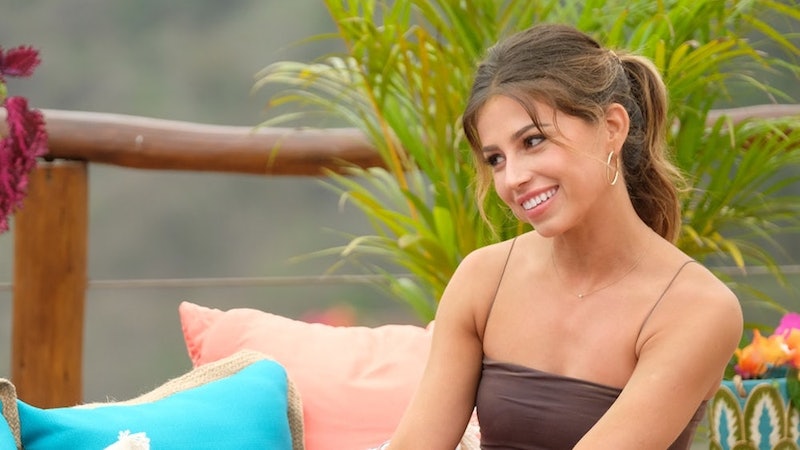 Kristina Schulman's experience on Bachelor in Paradise hasn't always been easy, but that doesn't mean she hasn't learned a lot about herself (and her fellow cast members) along the way. In fact, during the Wednesday, Oct. 2 episode of Rachel Lindsay's “Bachelor Happy Hour” podcast, a shocking discovery came to light about Kristina's relationship with Dean on Bachelor in Paradise, back when the two of them were dating throughout Season 4. Though they started the season out as a fairly solid couple, a love triangle soon developed when Danielle Lombard arrived, prompting Dean to pursue both of them.

Dean's indecisiveness over who he wanted to be with hurt Kristina deeply, which led to her decision to leave Paradise. Ultimately, the two of them were never able to work things out and make a long-lasting relationship out of their initial chemistry. However, despite how unfairly Dean had treated Kristina throughout that time, it seems his feelings for her ran much deeper than even the former Bachelor contestant realized.

“Dean said he was in love with you,” Rachel informs Kristina during a sneak peek of the podcast episode, as per Us Weekly. And it's a vital piece of information about their romantic history that Kristina herself was completely unaware of. “We’ve never said it to each other. I didn’t know,” Kristina explained. “It was never verbalized but the feeling was mutual.”

They may not have communicated their feelings for each other verbally, but they did try to make their relationship work outside of Paradise and away from the cameras. And while they ended up parting ways, Kristina doesn't regret the time they shared together and the growth she experienced as a result of their romance.

“Following [that season of] Paradise, for that following year, Dean and I tried still seeing each other. That was very insightful. I learned a lot from that relationship,” Kristina continued. “I’ve learned so much from it. I’ve dated since, and I definitely feel that I’m much stronger now. I’m not willing to put up with so much bullsh*t.”

It also impacted the way she chose to approach returning to Paradise for Season 6 in the hopes of having a more successful outcome. “I’m a very sensitive person. My sensitivity was perceived as weakness and I heard all about it,” Kristina shared, regarding her Season 4 experience. “This time, going into Paradise, I wanted to come off stronger. You can still be sensitive, but you don’t have to deal with BS and I don’t think I knew the fine line to walk. I just went from one extreme to another.”

Of course, her latest season was also filled with a decent amount of drama. After hooking up with Blake at Stagecoach, Kristina later found out that he had also slept with Caelynn the very next day. She confronted Blake about it in Paradise and the two managed to remain friends afterwards.

In the end, Kristina didn't get the happy ending she was hoping for during either BiP season, but at least she can walk away from it all knowing that even though Dean went about things in completely the wrong way, his feelings for her were real at the time.