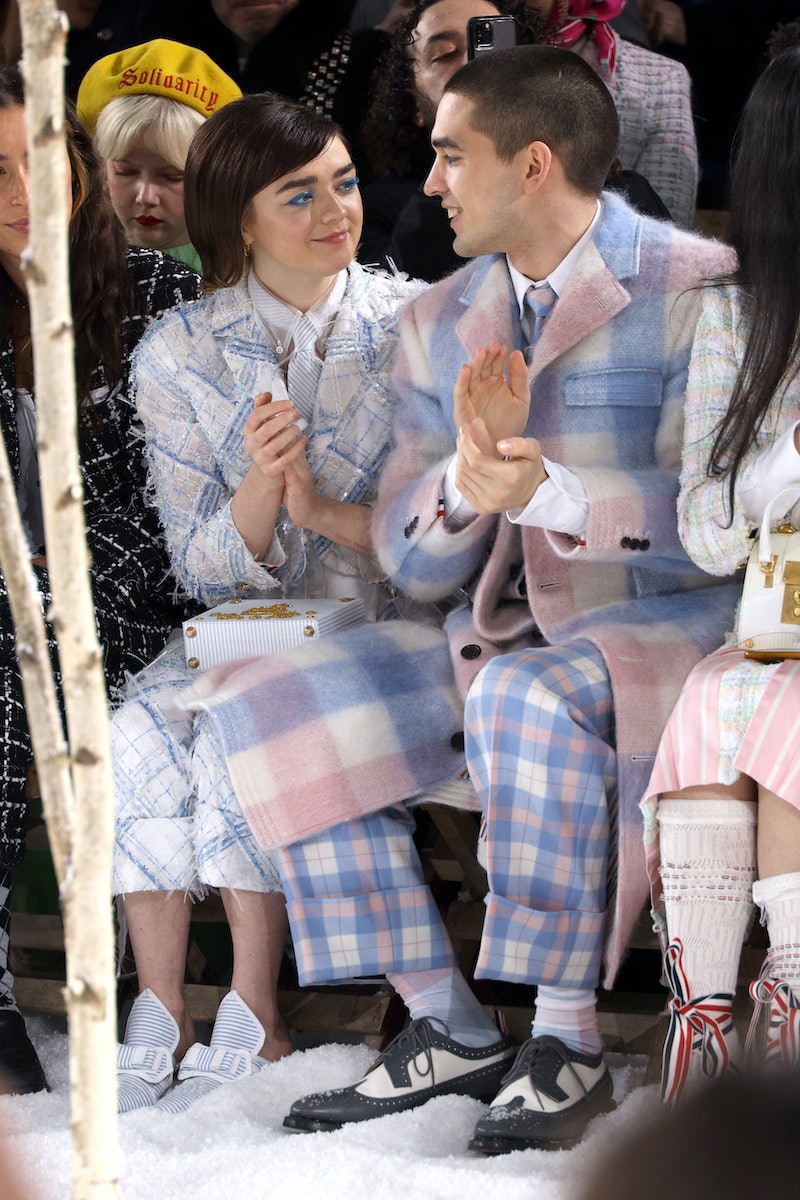 Maisie Williams has become very accustomed to life in the spotlight. After starring as Arya in Game of Thrones, perhaps the most popular fantasy series to grace our screens, she’s back playing a total badass in Sky’s Two Weeks To Live. Williams is Hollywood royalty but has kept her private life just that: private. So, is Maisie Williams dating anyone?

Williams has been working on a ton of new projects lately. Alongside Two Weeks To Live there's horror film The New Mutants. But during lockdown Williams has also spending a lot of time with her boyfriend Reuben Selby. The pair – who have been dating since 2019 – really know how to serve a look as they’ve been posting stellar outfit shots on Instagram and sharing some of their lockdown escapades too.

While there’s no confirmation on how the pair met, The Cut reported that Selby worked on Williams’ social networking app, Dasie. She also told Elle that she put his creative eye to the test in 2019 when she asked him to help to create a custom dress for her for the Emmys with JW Anderson. She said, “I asked Reuben if he would design something with me in mind: my height, my shape, my likes, and insecurities. He must’ve drawn up around 30 sketches, but we picked our favourite ones and it just so happened that Jonathan [Anderson] preferred our favourite sketch.”

Selby appears to be the perfect Instagram boyfriend, constantly uploading pics of Williams looking cute and posing for pics on her account too. Most recently, he shared an image of Williams' Wonderland cover, writing "This is my first cover featuring @maisie_williams shot in our back garden!" God, how dreamy.

The creative duo have been seen on the front row of many fashion weeks around the world and on the red carpet together. Oh, and they absolutely *love* a matching outfit. Whether it's a cream co-ord, an all-white ensemble, a matching jumper, or a bold print, they always take twinning to the next level.

Selby and Williams look like the epitome of the edgy Hollywood couple everyone wants to be. However, it’d seem she keeps things pretty low key and private. While doing an interview with the Independent in the run up to Two Weeks To Live airing she reiterated the importance of staying grounded, particularly as she started on GoT aged 13.

More like this
Who Is Bad Bunny Dating? Gabriela Berlingeri's Vocals Are Featured On His Song "En Casita"
By Radhika Menon
Gwendoline Christie’s Partner Is Part Of Royal Family History
By Parry Ernsberger and Sophie McEvoy
Nicola Walker’s IRL Husband Is No Stranger To TV Screens
By Darshita Goyal
Leona Lewis & Husband Dennis Jauch Welcomed Their First Child
By Darshita Goyal
Get Even More From Bustle — Sign Up For The Newsletter

This article was originally published on Sep. 14, 2018