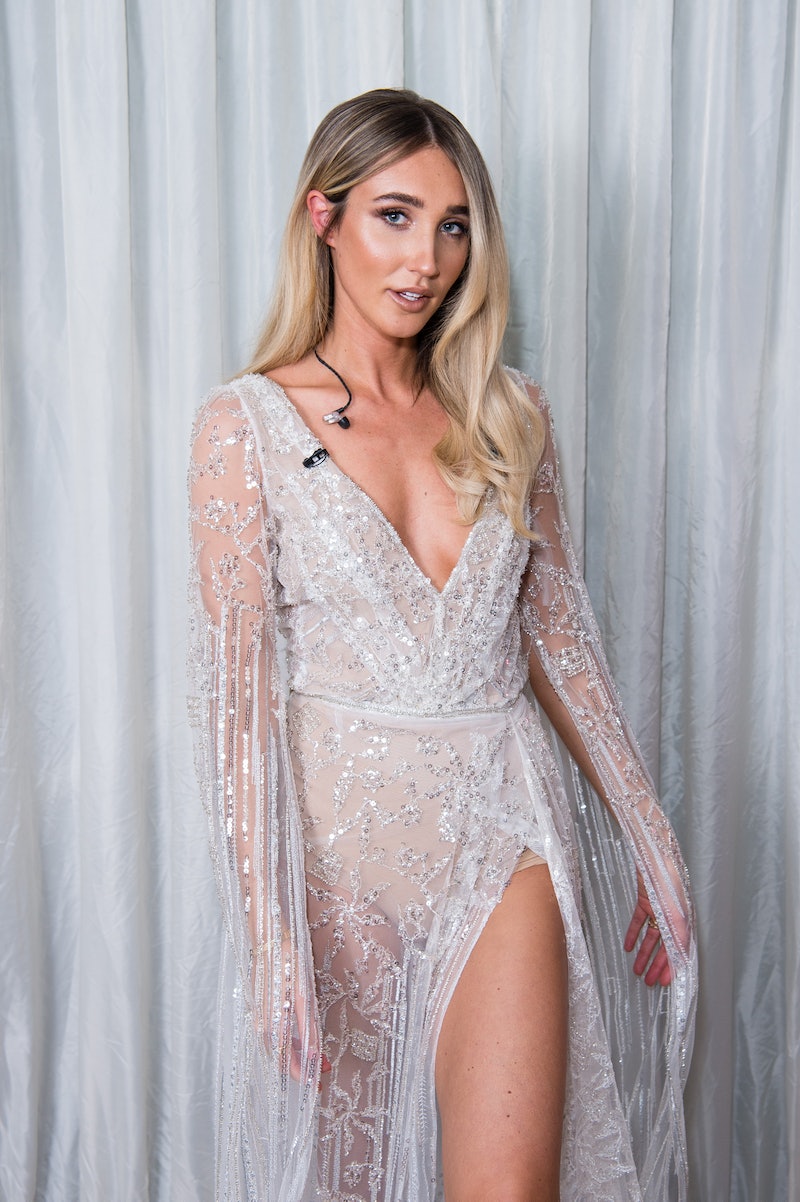 Reality star Megan McKenna recently added yet another impressive TV credit to her name when it was announced she'd be appearing in the upcoming series of BBC One’s Celebrity Masterchef 2021, following on from her winning stint on ITV's talent show spin-off, The X Factor: Celebrity which propelled her music career in 2019. Outside of McKenna's music and TV competition ventures, the TOWIE star's personal life has been well documented on a string of reality TV shows, including MTV's Ex on the Beach, Celebrity Big Brother, E4's Celebs Go Dating, and many more. But what else is there to know about the singer? And is Megan McKenna single?

After various high-profile relationships with some of her reality TV contemporaries, McKenna appears to have reunited with her ex-partner, London-based businessman Josh Riley, as The Mirror reported back in February 2021, Megan had been enjoying Josh’s company again after they reportedly split last year. It comes after tabloids revealed that the reality star had signed up to exclusive dating app Raya, where eligible singles have included Channing Tatum and Ben Affleck, amidst her breakup.

Meanwhile, a source at The Sun revealed, the pair “quietly got back together”, after “enjoying each other’s company again throughout lockdown and realised what they had lost”, and since have been spotted enjoying walking the dog and enjoying sushi dates this year.

McKenna had previously been dating a guy named Zack Gilbert for a number of months back in July 2019. While a source revealed the relationship has recently become quite serious, it wasn’t meant to be and McKenna and Gilbert split. Prior to his rumoured relationship with McKenna, Gilbert was reportedly sentenced to five years in a young offenders institution in 2013, however as the Mirror notes, he appears to have since turned his life around, and is now the co-owner of the luxury personal shopping service, Affluent Attire.

Megan's first highly-publicised relationship took place in 2015 when she began dating her Ex on the Beach co-star, Jordan Davies. As reported by The Sun, the pair eventually split, and McKenna started dating The Only Way is Essex star Pete Wicks the following year. The on-off relationship ended for good during an emotional episode of TOWIE back in 2017, and it was later reported that Megan and Love Island's Mike Thalassitis, who tragically passed away in 2019, had become an item.

Outside of her many reality TV gigs, McKenna has slowly become known for her singing abilities, after showcasing her talents on ITV's The X Factor: Celebrity and winning the competition and later signing to Simon Cowell’s record label SYCO. The former-TOWIE star's first entry into the world of music was in 2018, McKenna released her debut album, Story of Me, and, as The Daily Mail reports, McKenna is busy working on some new music in 2021.

But first, the reality TV regular will be making her foray into food in the new series of Celebrity Masterchef, where she’ll be battling in the kitchen against the likes of Joe Swash, Duncan James, Munya Chawawa and Katie Price. Per The Sun, the “accident prone” singer will be aiming to educate viewers about gluten-free cooking after living with celiac disease.

You can catch Megan on the next episode of Celebrity Masterchef 2021 August 16 at 9pm on BBC One and BBC iPlayer.

More like this
Molly-Mae & Tommy Fury Revealed Their Baby Girl's "Really Unusual" Name
By Sophie McEvoy and Sam Ramsden
Joey Essex Is Rumoured To Be Dating A 'Love Island' Favourite
By Sam Ramsden
Vanessa Bauer Is Reportedly Dating Her 'Dancing On Ice' Partner
By Darshita Goyal
Darren Harriott Is Keeping His Love Life Away From The Spotlight
By Darshita Goyal
Get The Very Best Of Bustle/UK
Sign up for Bustle UK's twice-weekly newsletter, featuring the latest must-watch TV, moving personal stories, and expert advice on the hottest viral buys.

This article was originally published on Oct. 19, 2019