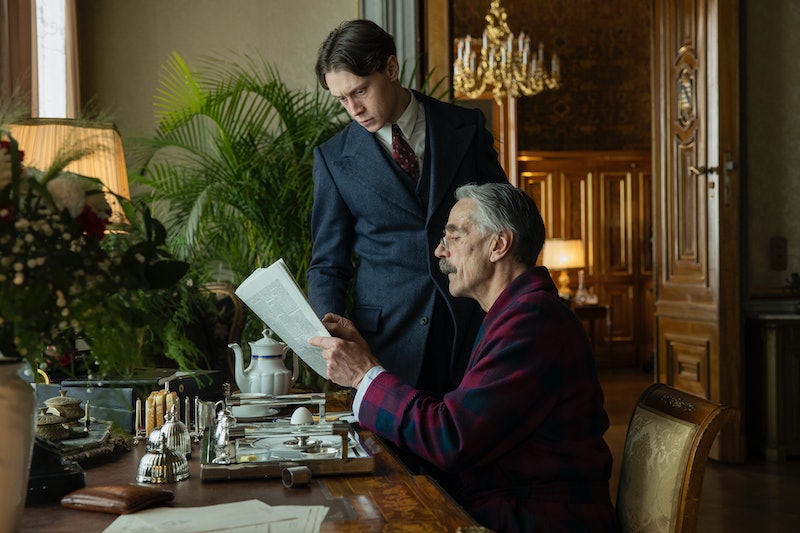 Based on the novel Munich by Robert Harris, Netflix’s latest cinematic release, Munich The Edge Of War, is a suspenseful political war film set on the eve of the outbreak of the Second World War. Starring 1917’s George MacKay, the film sees a plot to bring about Hitler's demise at an emergency conference in Munich in 1938 and has been praised for its “perfect casting” of real historical figures, including Prime Minister Chamberlain. But given its historical themes, is Munich The Edge Of War based on a true story?

The short answer is no. As mentioned, Munich The Edge Of War is a Netflix adaption of Robert Harris’ bestselling 2017 novel Munich — a fictional plot based on real historical events — and the new film has been celebrated for fusing real history with fiction.

"With the pressure building, Hugh Legat, British civil servant, and Paul von Hartmann, German diplomat, travel to Munich for the emergency Conference,” the synopsis reads. “As negotiations begin, the two old friends find themselves at the centre of a web of political subterfuge and very real danger. With the whole world watching, can war be averted and, if so, at what cost?"

Despite the fictional plot, Munich The Edge Of War isn’t short of portrayals of real historical figures, including Ulrich Matthes as Adolf Hitler. Most notably, Jeremy Irons stars as former Prime Minister Arthur Neville Chamberlain, whose performance has been praised amongst viewers who deem it to be “outstanding.”

Upon the film's release, the veteran actor spoke about playing the former prime minister who, as historians at Britannica describe “is identified with the policy of ‘appeasement’ toward Adolf Hitler’s Germany in the period immediately preceding World War II.”

“I fought for an extended version of a scene in Downing Street garden where we see Chamberlain’s gut-horror at going to war,” he told Variety.“It’s the nearest we get to naked emotion with him.”

Munich The Edge of War now ranks top ten on Netflix’s movie boards, proving both history buffs and action fans enjoyed the series for its “elegant twist” on history.