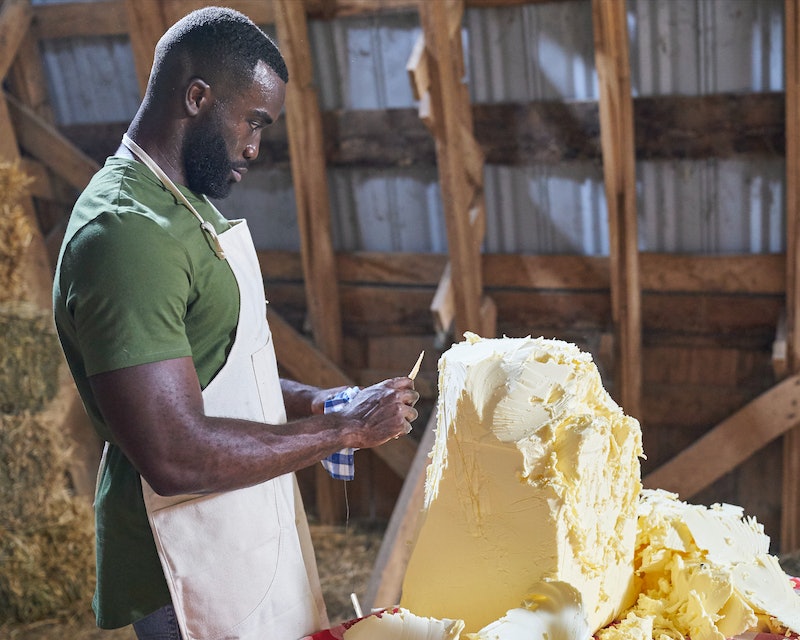 As Michelle Young’s season of The Bachelorette winds to a close, several men from her cycle have stood out amongst the rest. One of those men is Olu Onajide, the former college basketball-playing IT analyst. Though Olu didn’t make it to Michelle’s final three, let alone to hometowns, there’s no denying his magnetism. Even Michelle said as much during the Dec. 6 airing of the Men Tell All special. Michelle revealed that of all the men she’d eliminated, she felt that she’d sent Olu home a little too early. Despite his early departure, the question must be asked, what has Olu done since appearing on The Bachelorette and is he dating anyone?

Since appearing on the show, the 27-year-old has spent the last several weeks flaunting his time on air. It would appear that he’s taken to social media to revel in his time on group dates, as well as his particularly colorful sense of fashion. Olu’s most recent Instagram post, which was uploaded on the same night as Men Tell All is a brief, sweeping video showing off his intelligence. This post stems from a confrontation during Men Tell All when another contestant, Chris S., challenged Olu’s integrity and intelligence. Not one to back down, Olu unbuttoned his fluorescent orange suit before peacocking toward Chris and stating, “I am Black excellence.” His Instagram video of several degrees from the State University of New Jersey, as well as qualifications from Rutgers University, echoes that sentiment. The caption reads, true to form, “Black Excellence!”

His Instagram makes no mention nor reference to a potential partner, so for the time being, it looks like Olu is single. There is a series of posts back in May where Olu appears alongside a woman in a New York apartment, however, these photos seem to be a portrait of Black love and not an actual confirmation of a relationship.

That said, fans of the show already seem to be playing matchmaker for the former contestant. Olu managed to spark a little chemistry during the Men Tell All. At least, as far as his style was concerned. Viewers couldn’t help but notice Olu’s striking orange suit complemented the more burnt orange dress of the newly single Tayshia Adams.

It would appear that if things with one Bachelorette didn’t work out, fans are still holding out hope that a second time would be the charm for Olu. Obviously the speculation between him and Tayshia is little more than conjecture, but this franchise and its fans are all about romance, so can you really blame any of us for wanting two gorgeous, formerly heartbroken people to get together?

Right now, it appears that Olu is simply enjoying his life after The Bachelorette, and it stands to figure that we may see him down the road. I mean, he certainly has a body for Paradise, but maybe not the patience.