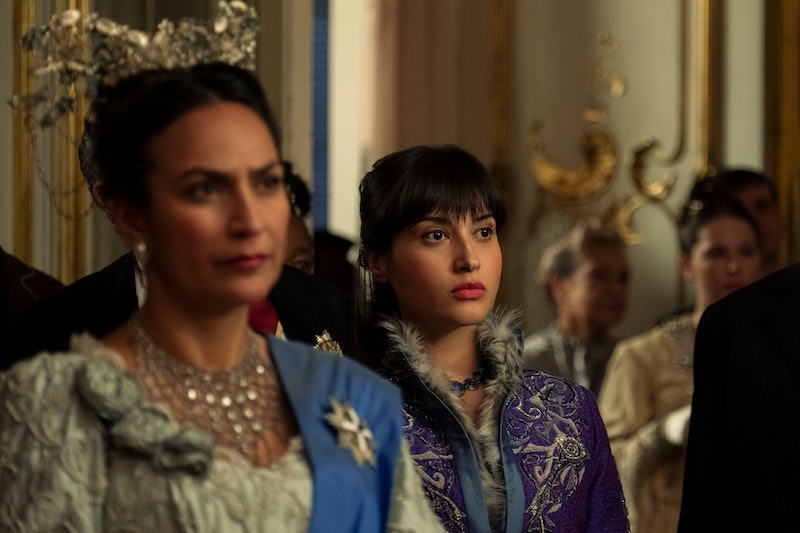 Netflix premieres new original content almost every day, and most of it, frankly, doesn’t make much of an impact. But every once in a while, the streaming giant drops something of particular interest, and that’s just the case with the newly-released Netflix original series Shadow and Bone. The YA fantasy show was a massive production, with big budget special effects, a large ensemble cast, and an expansive and detailed world that feels real and lived-in. In fact, the nation at the center of Shadow and Bone feels so realistic that viewers would be forgiven for wondering if Ravka from Shadow and Bone is a real place.

Ravka feels real thanks to its sprawling and intricate sets, its robust culture, and its well-defined political system. That is a testament to the show’s producers, writers, and directors, as well as the set decorators, costume designers, and other members of the crew. But even those talented TV creators needed a template for Ravka — and that came from the mind of author Leigh Bardugo. Her Grishaverse novels serve as the source material for Shadow and Bone, so naturally, the bulk of Ravka’s design and culture came from Bardugo’s writing and world-building. And wouldn’t you know it, Bardugo drew her initial inspiration from a real place and time.

Unlike so many fantasy franchises that build their world in the style of Medieval Europe, especially England (hello, Game of Thrones), Bardugo found her inspiration a little farther east and further along the timeline, ultimately landing in 19th-century Czarist Russia. “ I did quite a bit of research in Czarist Russia out of the early-1800s and mid-1800s,” Bardugo tells Bustle. “Some of that was [studying the] cultural history, the military history... Some of it was finding ... old coffee table books, recipes, and prayer hymnals and trying to get a sense for the textiles, the religions, the look, feel, smell, and sound of this past world.” She’s careful to note that her fictional landscape ultimately bears little resemblance to that historical period; Czarist Russia was merely “a jumping off point.”

Shadow and Bone’s loose Russian connection was also a personal one for the author, who is a descendant of Russian immigrants. “I grew up hearing stories of Russia as this place of tremendous beauty and tremendous culture and tremendous grandeur, but also as a place of tremendous danger and brutality,” Bardugo says. “So I think that that was something that was embedded in my imagination very early on, and that there was both fear and intrigue and delight associated with that world. For me, it was almost a sense of a place that was extraordinary, but that you could never return to. And when I started working on this story, I recognized some of the themes that have colored Russian history working their way into Alina's story.”

So if you thought the world and politics of Ravka in Shadow and Bone seemed familiar (minus, you know, the magic and the monsters), you’re not alone — and you likely know a thing or two about Russian history.