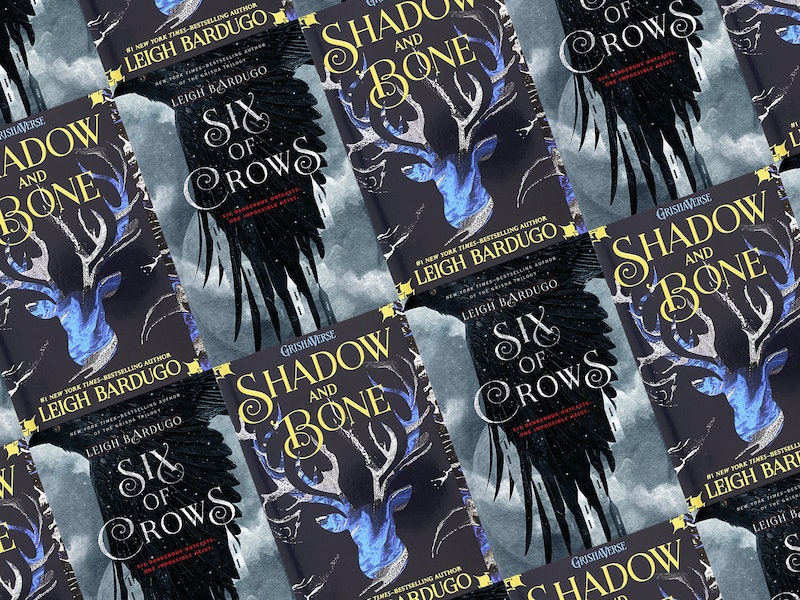 Good news for Grishaverse fans this week, as Deadline announced that Leigh Bardugo's Shadow and Bone series and Six of Crows series are coming to Netflix as an eight-episode show. Young adult fantasy fans are likely familiar with Bardugo's two series, but if you don't often venture to that side of the bookstore, you might be scratching your head. Where did these books come from and why do they have a Netflix deal already? I'm here to tell you. Here's what we know so far about the deal.

Shadow and Bone and Six of Crows are the first installments in two connected series by Bardugo. Set in her Grishaverse — an alternate world inspired by Imperial Russia — the books follow two different casts and storylines. The Shadow and Bone Trilogy centers on Alina, a war orphan turned soldier, who possesses latent magical powers that might save her world from the dark evil of the Shadow Fold. Set a short while after the events of Shadow and Bone, the duology consisting of Six of Crows and Crooked Kingdom follows a small crew of thieves and mercenaries, led by the enigmatic Kaz, as they attempt to pull off a heist that will set them up for life.

Bardugo has two more Grishaverse books on the horizon, which are not part of the Netflix deal. The upcoming Nikolai Duology will focus on Alina's ally, Nikolai, during the events of Six of Crows and Crooked Kingdom. The first Nikolai book, King of Scars, hits store shelves on Jan. 29 and is available for preorder now.

So just who is responsible for bringing the Grishaverse to Netflix? Bird Box writer Eric Heisserer will serve as creator, showrunner, and writer, and will executive produce alongside Bardugo, Stranger Things' Shawn Levy and Dan Cohen, Pouya Shahbazian (Divergent), Dan Levine (Arrival), and Josh Barry (Salem).

Netflix's Grishaverse adaptation will serve to reunite the dream team behind one of the decade's best science fiction films. Heisserer, Levy, Cohen, and Levine previously worked together on Arrival. The 2016 sci-fi film was screenwritten by Heisserer, who co-executive produced with Cohen, with Levy and Levine serving as co-producers.

Grishaverse screenwriter and showrunner Heisserer is no stranger to page-to-screen adaptations. He wrote the screenplays for 2011's The Thing, a prequel to the 1982 film, based on the John W. Campbell, Jr. short story, "Who Goes There?"; 2016's Arrival, based on the Ted Chiang short story, "Story of Your Life"; and 2018's Bird Box, based on the Josh Malerman novel of the same name.

No release date has been set for the upcoming Netflix adaptation of Shadow and Bone and Six of Crows. The next Grishaverse novel, King of Scars, will be available at your favorite bookseller on Jan. 29.

More like this
Netflix Shut Down 'Bridgerton' S3 Rumours About A “Very Dark” Storyline
By Bustle
'The Queen’s Gambit' Season 2 Tweet Wasn’t From Anya Taylor-Joy
By Mary Kate McGrath, Jack Irvin and Grace Wehniainen
'Wednesday' Star Emma Myers Thinks A Wenclair Storyline Is “Possible” In Season 2
By Alyssa Lapid
Here's How Netflix Should Adapt Prince Harry's Memoir Into A Movie
By Ginny Hogan
Get Even More From Bustle — Sign Up For The Newsletter
From hair trends to relationship advice, our daily newsletter has everything you need to sound like a person who’s on TikTok, even if you aren’t.