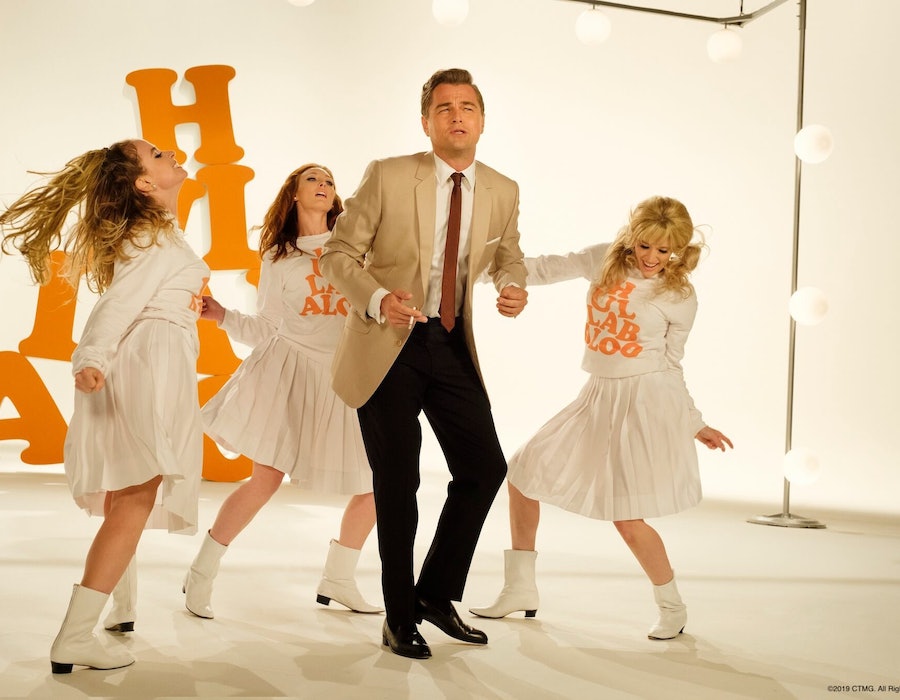 Quentin Tarantino is back with his ninth film, Once Upon a Time in Hollywood, and this time the director is blending fiction and reality together. The new film is about a fictional actor named Rick Dalton who gets mixed up with actual historical figures like Sharon Tate and Charles Manson. So is Rick Dalton based on a real actor, or was he cut from whole cloth? The actor is portrayed by Leonardo DiCaprio, who essentially plays him as a formerly huge TV star who is struggling to come to terms with the rapidly-changing Hollywood landscape of the late 1960s. In other words, there are probably a number of Hollywood icons who could have provided inspiration for Dalton, but are any of them actually responsible for doing so?

In the movie, Rick Dalton was the star of a popular Western TV series that aired in the 1950s and early '60s. With the film set in 1969, several years after the show went off the air, Dalton is adrift in Hollywood. He has failed as a movie star and is trying to stay relevant in an industry that is quickly gravitating toward a different kind of star. This could describe a lot of guys back in that era, and fittingly, the character is an amalgamation of a number of actors from the Golden Age of Hollywood, with no one star serving as the main inspiration.

In a lengthy interview with the Pure Cinema podcast, Tarantino revealed that Dalton represents the changing of the guard among leading men that took place in 1960s Hollywood and in American culture at large, where counterculture heroes took over from traditionally masculine stars.

"These are all guys that were ... a certain kind of leading man that were handsome and most of them were kind of rugged. They spent their careers running pocket combs through their pompadours. And then all of a sudden … the leading men are these long shaggy-haired androgynous types," Tarantino said. "If Rick’s going to get a part in a movie with them he’s probably going to be the cop that's busting them."

During the interview, Tarantino specifically names a number of actors who fit this mold and who each partly inspired his crafting of Rick Dalton. The first is George Maharis, who starred on the TV series Route 66 from 1960 to 1964. Next is Edd Byrnes, who played the teen heartthrob Kookie on the TV series 77 Sunset Strip from 1958 to 1963. Two more teen idols, Tab Hunter and Fabian Forte, both had major success in the film and recording industries in the 1950s. Tarantino also mentioned Vince Edwards, who starred as the title character on medical drama Ben Casey from 1961 to 1966. Lastly — and probably the closest to Dalton career-wise — is Ty Hardin, who starred in the ABC western Bronco from 1958 to 1962. Tarantino claims Dalton contains pieces of all of these actors, but there's one more even bigger star out there who also served as a foundation for the character.

A major part of the film is the friendship between Dalton and his stunt double, Cliff Booth (Brad Pitt). This aspect of Dalton was based on actor Burt Reynolds and the close relationship he shared with his stunt double Hal Needham, according to Esquire. Needham doubled for Reynolds for a time and the two grew quite close before the stuntman transitioned into directing. Needham eventually wrote the 1977 film Smokey and the Bandit for Reynolds to star in, and Reynolds helped Needham land a job directing it. The movie was a massive success, and Needham went on to direct Reynolds in several other films, including Hooper and The Cannonball Run. Reynolds was actually cast in Once Upon a Time in Hollywood as George Spahn, the man whose ranch served as the home of the Manson Family, but he died before filming any of his scenes, according to The Hollywood Reporter.

Rick Dalton is not based on any one person, but rather is a complex blend of Hollywood actors. Between the '50s and '60s leading men who make up his "has-been" side to the Burt Reynolds influence that informs his friendship with his stunt double, Rick Dalton is worthy of being a Hollywood legend in his own right.

More like this
Gerard Butler Insisted On Adding This Pivotal Scene To 'Plane'
By Catharina Cheung
Jemima Khan Used Her Own Life As Inspo For 'What’s Love Got To Do With It?'
By Darshita Goyal
Austin Butler Recalls Lisa Marie Presley Showing Him Elvis’ Bedroom
By Jake Viswanath
Pamela Anderson’s Dating & Marriage History Could Be Its Own TV Series
By Jake Viswanath
Get Even More From Bustle — Sign Up For The Newsletter
From hair trends to relationship advice, our daily newsletter has everything you need to sound like a person who’s on TikTok, even if you aren’t.