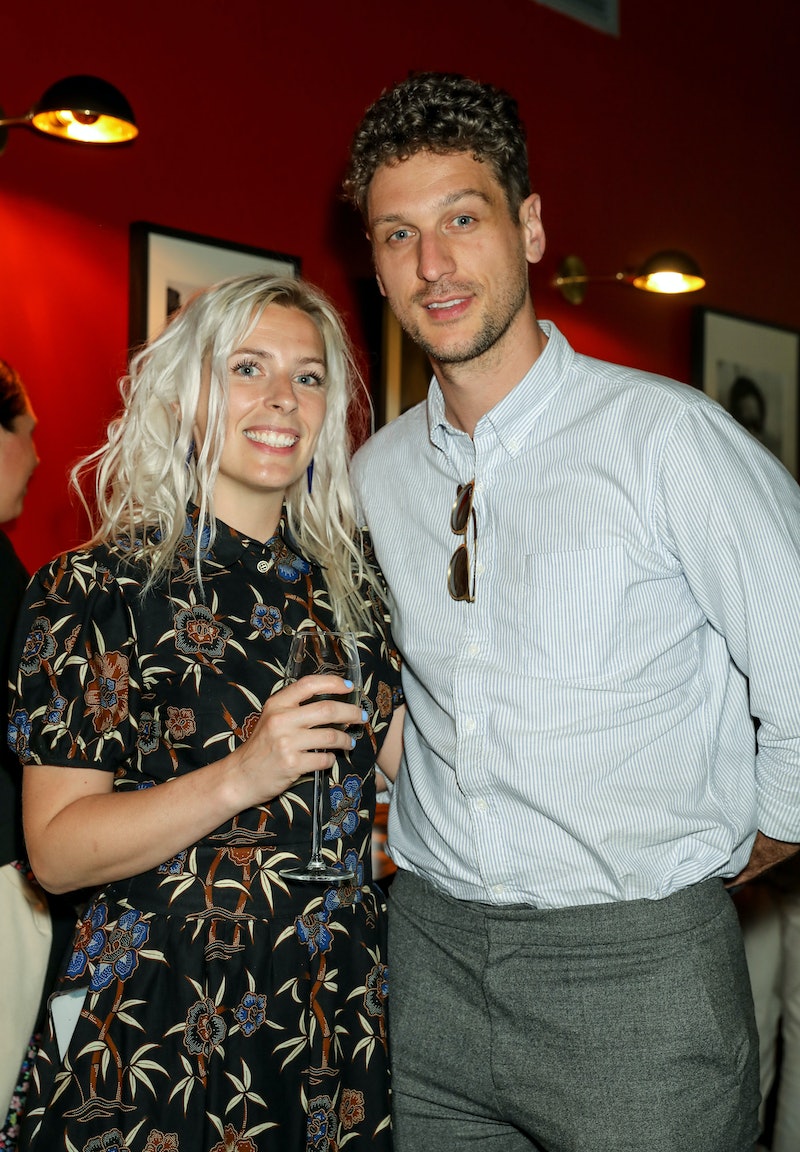 Sarah Pascoe is a regular on the British comedy scene, known by many for her TV appearances on the likes of Have I Got News for You and 8 Out of 10 Cats Does Countdown. The Great British Sewing Bee host also headlined her very own Edinburgh Festival Fringe show LadsLadsLads back in 2017, and more recently hit the road on her Success Story tour across the UK. Pascoe’s talents also stretch far beyond the sphere of just comedy. But, what is there to know about the actor and writer’s personal life, and is Sara Pascoe married?

Well, Pascoe seems very loved up indeed. She and fellow comedian and actor Steen Raskopoulos live in London with their dreamy dog Mouse. Per Metro, the pair tied the knot just before lockdown kicked off in the UK back in 2020. Raskopoulos previously starred in Pascoe’s BBC sitcom Out Of Her Mind, and fans of Netflix’s The Duchess will recognise him as Evan, the slightly misguided boyfriend of Katherine Ryan. He’s also appeared in Feel Good on Netflix and Top Coppers on BBC Three. He was born in Australia and alongside his TV work, he has an extensive improv career.

In 2021, Pascoe announced that she and Raskopoulos were expecting her first child together. Revealing that she “conceived via IVF.,” the comedian wrote at the time, “huge love and support to anyone going through it or thinking about it.”

On Valentine’s Day 2022, Pascoe announced that she had given birth to the couple’s first child with an adorable photograph of her husband cradling their newborn, along with a caption that read, “Morning everyone from me and my valentines.”

As mentioned, Pascoe was announced as former host Joe Lycett’s permanent successor on the Great British Sewing Bee for the show’s eighth series. The comedian first took the reins of the BBC competition series for the 2021 Christmas special, and, speaking to Metro, Pascoe confirmed that she will return to host the Great British Sewing Bee once again.

“We’re doing Sewing Bee in the autumn,” she revealed. “It’s a really, really fun show to film. The production company are very, very lovely people. Some of those shows can be quite hard for their competitors. There are tears and recriminations! But Sewing Bee is really, really respectful,” she added.

More like this
Nicholas Hoult Has The Sweetest Things To Say About His Family
By Sam Ramsden
Tom Sturridge & Alexa Chung Are Enjoying A Summer Of Love
By Frances Stewart
At 28, Lesley Manville Was Acting, Picketing, & Singing Kate Bush Songs
By Olivia-Anne Cleary
Vick Hope Had A Very Relatable Reason For Turning Calvin Harris Down
By Sophie McEvoy
Get The Very Best Of Bustle/UK