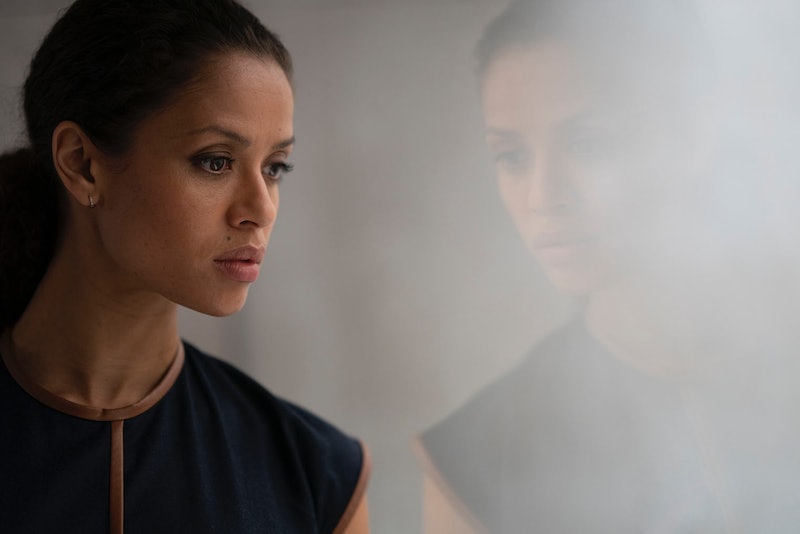 The BBC’s The Girl Before follows the story of a woman named Jane who moves into a beautifully designed new home. However, the house is riddled with some dark secrets relating to its previous occupant that threaten to unravel Jane’s way of life. The series has become one of the most hotly anticipated dramas in this year’s festive TV lineup. But, is The Girl Before based on a true story?

The short answer is, no, the BBC drama is not based on true events. However you may already be familiar with the storyline as The Girl Before is adapted from JP Delaney’s best-selling novel of the same name, which has shifted more than a million copies since it was released in 2016.

As mentioned, the four-part psychological thriller revolves around the character of Jane (Gugu Mbatha-Raw), who, while looking for a place to rent, is offered the chance to move into an impressive, ultra-minimalist house designed by an enigmatic architect (David Oyelowo). The catch, however, is that Jane must abide by his list of rules, and it isn’t long before she makes a shocking discovery about the home’s previous occupant, Emma (Jessica Plummer). The revelation unearths some dark secrets about the property, ones that force Jane to question whether she will have the same fate as the girl before.

The BBC drama is created, written and executive produced by Delaney, who penned the book on which The Girl Before is based.

“Having written for the screen in a previous career, it’s long been a dream of mine to adapt The Girl Before,” Delaney said in a statement, adding, “I was determined to only do it if I could find partners who wanted to pursue high quality, classy storytelling above all else.”

Delaney also shared his view that psychological thrillers like The Girl Before “can be even more gripping on television than they would be as movies,” and said that he is “incredibly excited” to be re-telling his bestselling novel in a “visual medium.”

The Girl Before will air over four consecutive nights on BBC One and BBC iPlayer, starting at 9 p.m. on Sunday, Dec. 19 and concluding on Wednesday, Dec. 22.