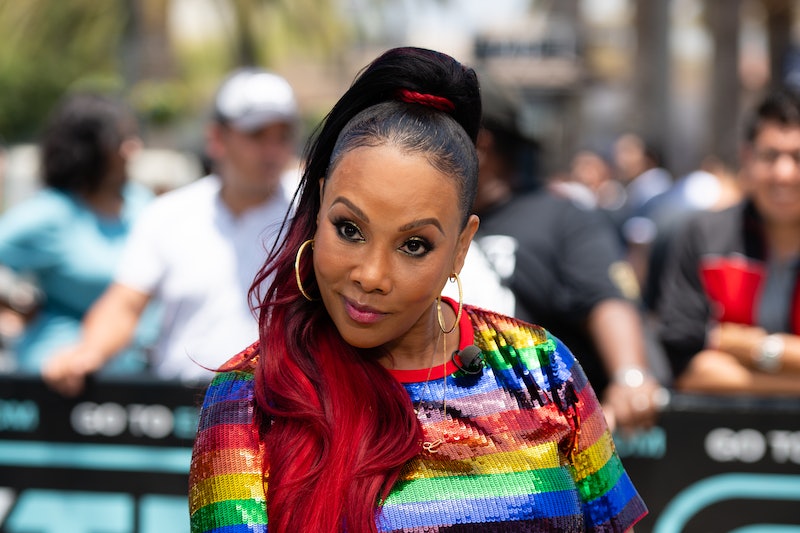 Planning a wedding is already stressful, but what do you do when your wedding planner starts stalking you? According to Lifetime’s The Wrong Wedding Planner, you call Vivica A. Fox. The actor stars as Detective Jones, who investigates a mysterious break-in at the home of a happily engaged couple. When the culprit turns out to be their wedding planner, Jones realizes there’s much more at stake.

Like with most Lifetime movies, The Wrong Wedding Planner isn’t based on a true story. It's the latest installment in the network's Wrong film franchise, which launched in 2019 and includes titles like The Wrong Cheerleader, The Wrong House Sitter, The Wrong Stepmother, and The Wrong Student. Fox has worked both as an actor and producer for the series.

“We like to call them the 'So Wrong It’s Right' movie,” she told TV Insider in 2019, when the Wrong series debuted. “The Lifetime fan base loves these films. Viewers love having these movies to sit down on a Friday night or on a weekend and watch this marathon of movies.”

Fox went on to describe the franchise as “a fun mystery thriller with beautiful actors,” many of whom recur throughout the films. “I feel kind of like Adam Sandler for Lifetime because Adam for the long[est] time had these movies he did with his crew of actors,” she added. “They all get together each year and make a couple of fun movies. Everyone knows each other. It’s like having your little acting family.”

Aside from Fox, The Wrong Wedding Planner stars Yan-Kay Crystal Lowe, Stephen Richardson, Kristin Booth, and Jackée Harry. Tune in July 17 at 8 p.m. ET to see if Fox can keep the newlyweds out of harm's way.