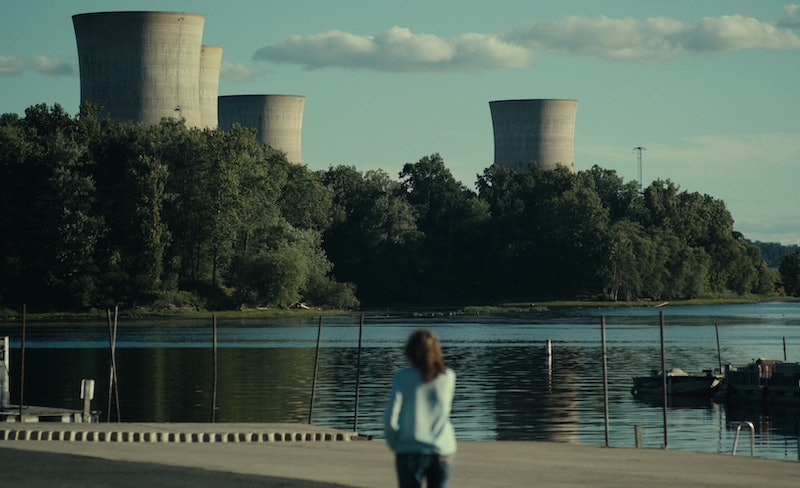 After HBO explored the 1986 Chernobyl nuclear disaster in Chernobyl, Netflix is delving into what’s dubbed the worst nuclear incident in U.S. history in Meltdown: Three Mile Island. Filmed largely from the perspective of chief engineer and whistleblower Richard Parks, the series explores the 1979 partial meltdown of the Unit 2 reactor at the Three Mile Island Nuclear Generating Station in Dauphin County, Pennsylvania. The site took 14 years and $1 billion to clean up, and the series alleges there’s a lot more to the story than officials ever let on.

Unit 2, or TMI-2, came online in December 1978 after running behind schedule and going over budget. The entire plant had only been online for 90 days — just 0.83% of its proposed operating life — when the accident happened due to a technical malfunction. According to the United States Nuclear Regulatory Commission, the accident began around 4 a.m. on March 28, 1979, when a mechanical or electrical failure prevented the main water pumps from sending water to the steam generators that cooled down Unit 2’s reactor core. This caused the turbine generator to shut down and the pressure in the system to increase. A relief valve opened to deal with the pressure; it was then supposed to close after the levels dropped, but it got stuck open. The staff didn’t know that was happening, though, because the instruments in the control room indicated the valve was closed, and that water levels were normal. So over the course of two hours, workers carried on like usual, having no idea that the coolant was leaking out. The core eventually overheated, and per PBS, it took another 12 hours after that for the engineers of the Metropolitan Edison Co. to agree on a course of action.

Meanwhile, in the nearby town of Middletown, there was widespread confusion about what was happening at the plant. “They told us there was a problem but no release of radiation. But we kept hearing different stories,” then-mayor Robert Reid told Smithsonian Magazine in 2019. That was on Wednesday, and then everything seemed to go back to normal. But by Friday, a hydrogen bubble had formed, which could have potentially melted the core or caused an explosion equal to three tons of TNT, per The Washington Post. The governor called for an evacuation, but a crisis was thankfully averted. (Officials initially claimed that a full meltdown was months away, but later reports suggested it could’ve happened “within the hour,” per The New York Times.) Many former residents didn’t return to the area.

Unit 1 continued operating until September 2019, when Exelon Corp. announced it was shutting down Three Mile Island. The destroyed Unit 2, meanwhile, was sealed after the accident. Per NBC News, its core was shipped to the U.S. Department of Energy's Idaho National Laboratory, while the containment building was encased in concrete.

In the wake of the accident, there was huge concern about potential radiation exposure. As a result, the Pennsylvania Department of Health maintained a registry of more than 30,000 people who lived within 5 miles of Three Mile Island at the time of the meltdown for the next 18 years, per the World Nuclear Organization. According to NPR, a small amount of radiation was released, but it was deemed to be within acceptable levels. And in a 1990 issue of the American Journal of Epidemiology, four researchers “failed to find definite effects of [radiation] exposure” and noted there were “no associations seen for leukemia in adults or for childhood cancers” in 159,684 residents who lived within a 10-mile radius of the plant.

Still, as Meltdown explores, worries about the plant persist to this day. Unit 2’s containment building, now encased in concrete, is still “highly radioactive,” per NBC News. And per NPR’s StateImpact Pennsylvania, concerns linger that more radiation remains on Three Mile Island and its surrounding areas than initially thought. In an April 6, 2020, letter to the Nuclear Regulatory Commission, state Department of Environmental Protection Secretary Patrick McDonnell wrote that a number of issues continue to surround Three Mile Island, including a lack of funds to properly clean up the site, unknown levels of radiation, and how the remaining radioactive materials will be disposed of in the wake of the plant being decommissioned.

“The TMI Unit 2 nuclear accident resulted in damage to the majority of the reactor core, released millions of curies of radioactive noble gases into the environs, and grossly contaminated the interiors of the containment and auxiliary buildings,” McDonnell wrote. “There are vast areas in the plant with unknown radiological conditions related to the Unit 2 accident. I firmly believe Unit 2 is the most radiologically contaminated facility in our nation outside of the Department of Energy’s weapons complex.”

More like this
'Selling Sunset's Christine Has Finally Addressed Her Oppenheim Group Exit
By Brad Witter
What’s New On Netflix: 'Stranger Things' & 'Somebody Feed Phil' Return
By Arya Roshanian
'Heartstopper's Kit Connor Revealed His Hopes For Season 2
By Nola Ojomu and Sam Ramsden
'Who Killed Sara?' Won’t Return For Season 4
By Brad Witter
Get Even More From Bustle — Sign Up For The Newsletter