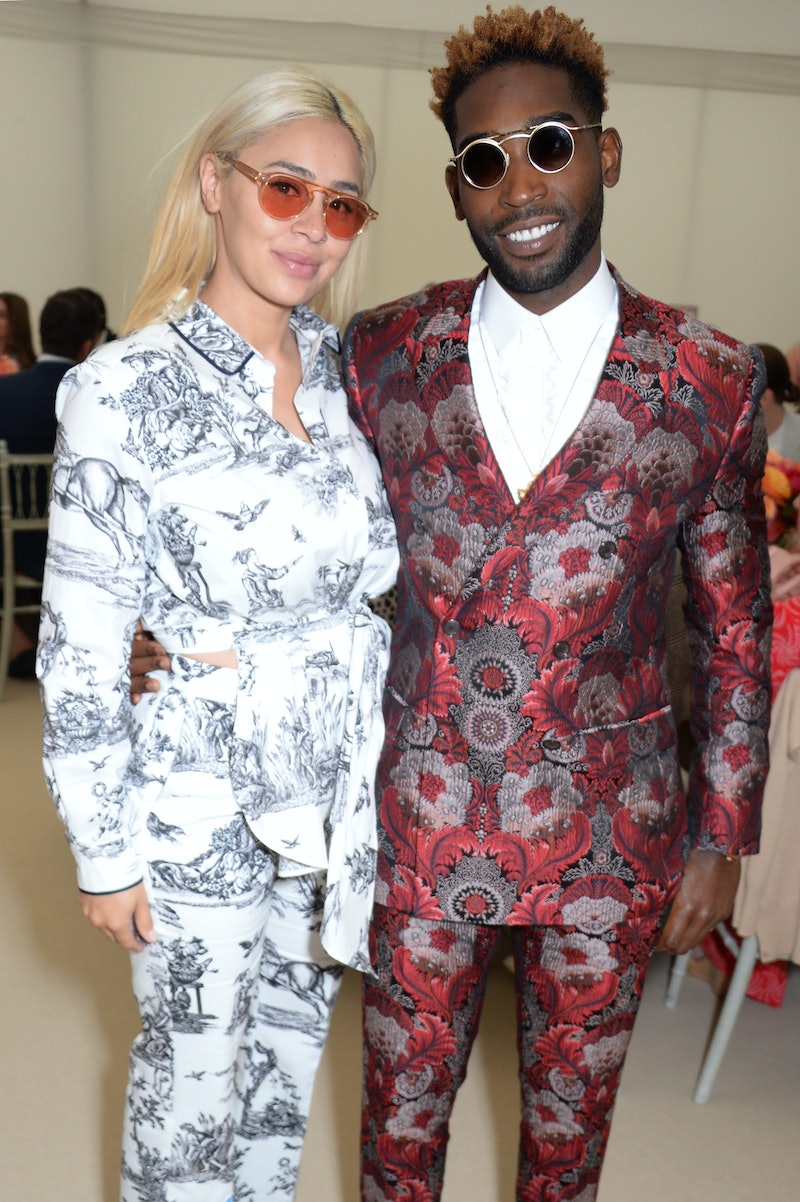 With hit singles such as Pass Out and Frisky, it is safe to say Tinie Tempah is known more for his music than his love for home renovation. Still, the award-winning rapper is soon to front Channel 4 property series Extraordinary Extensions, which promises to feature “some of the most audacious ‘dream home’ builds ever seen.” Ahead of the series launch (Oct. 19), it was revealed that Tinie Tempah has an “extensive property portfolio” of his own and is “no stranger” to home improvement. But does he share his home with a special someone?

The answer is very much yes, as Tinie Tempah (whose off-stage is Patrick Chukwuemeka Okogwu) has been married to Eve De Haan since 2019.

It appears this London-based husband-and-wife team is just as creative as each other. From the looks of her vibrant Instagram page, De Haan is an artist under the name ‘Half A Roast Chicken’ and according to a linked website “has exhibited in Europe and the U.S. in iconic galleries such as the Saatchi gallery and the museum of neon in LA.” The talented artist, who has a degree in theology, has also created work for the Tate Modern and Nike.

Interestingly, the 29 year old’s grandfather is the late Sidney De Haan, the founder of the insurance company, Saga.

As mentioned, Tinie Tempah got married to De Haan in 2019 in a small church in the Cotswolds, but kept most of the details under wraps. Still, a source told The Sun, it was a “beautiful wedding.”

The young couple also has two young children. In 2018, they welcomed their first child, a daughter, then their second daughter arrived in 2021.

While the couple likes to keep details of their relationship private, choosing not to post about their family life on social media pages, Tinie Tempah has spoken about the joys of fatherhood, telling Metro in 2019 that “it’s just really the best thing in the world and gives you a whole new outlook and perspective on life and makes me very appreciative for where I am in my life.”

He added: “It makes me reflect back on the upbringing I’ve had and even though my parents were absolutely the best, we just being from South London and Nigerian heritage, I grew up in a very challenged background.

“And it just makes me want to create a better environment for my child.”

With his new show, Tinie Tempah will be following other British families and ambitious builders embarking on some of the most eye-wateringly expensive extensions across the UK.