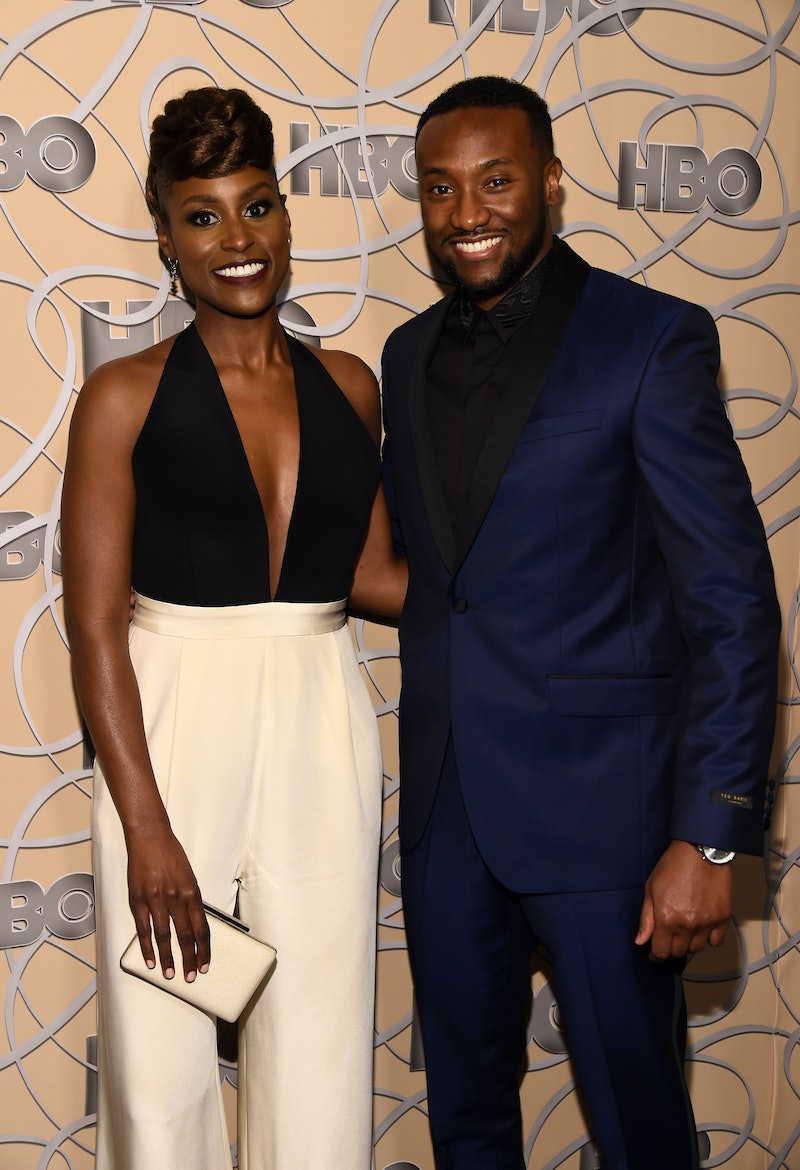 Issa Rae walked down the aisle to marry her longtime significant other on July 25, and fans are now curious to learn more about the man she just said “I do” to. The 36-year-old Insecure star, writer, and producer has just added “wife” to her list of descriptors, marrying Louis Diame in a breathtaking ceremony that took place in the South of France. The relatively private couple broke the news via Rae’s Instagram, sharing a carousel of moments from their big day and tagging the location as Saint-Jean-Cap-Ferrat, which is a commune in the South of France.

Rae jokingly described the wedding photo shoot as “impromptu” and labeled Diame as “somebody’s husband” in the post’s caption. So who exactly is this “somebody’s husband” she’s referring to? Rae has always been very private about her relationship, though engagement rumors did surface in 2019 when she wore a diamond ring on the cover of Essence. And although Diame has been known to join her on the red carpet, she hasn’t really spoken openly about her relationship and has previously mentioned in interviews that she likely won’t. “I get so much feedback about everything — the one thing I don’t need feedback on is who I’m sleeping with,” the Emmy-nominated star told Marie Claire in 2018.

Rae doubled down on that sentiment with Vogue the same year when she explained: “I don’t want any input. As a writer, you put everything on the table. I’ll take input on kids if I’m going to have kids. How do I not kill the kids? Work? Give me the input. Any other aspect of my life? Give me the input. But who I’m f*cking? No, I don’t need input. I’m good.”

Rae told Bustle in 2020 she was against the practice of “people that talk shit about relationships and root for your shit to fail in so many ways,” she said. “I don't want to give anybody anything to wish to fail.” It’s no wonder fans are curious about the mystery man they know little to nothing about, while they are also impressed by her dedication to privacy.

Here — without advice, input, and only well wishes for her relationship success — is what we do know about Issa Rae’s husband Louis Diame.

Diame is referred to as Rae’s “boyfriend” as far back as 2012 when The Washington Post mentioned she was dating the then-29-year-old, which mean he’s 37 in 2021. The piece also shared that he briefly appeared in Episode 7 of her web series The Misadventures of Awkward Black Girl.

Louis Diame is a businessman

Diame is a “Senegalese businessman,” according to Martha Stewart.com. A LinkedIn profile lists his profession as an “Independent Banking Professional,” Elle reported.

In 2019, two of Rae’s Insecure co-stars — Jay Ellis and Yvonne Orji — confirmed Rae’s engagement on the NAACP Image Awards red carpet. Orji told Entertainment Tonight, “We’re very excited for her,” and Ellis added, “We all found out in different ways because we’re all on different text chains. We talk at different times, so we all found out at different times in different ways.” Orji also shared excitement for Rae when she said, “The reaction was all the same, like, ‘You out here in these streets getting married, boo!?’ That was the reaction.”

More like this
Meghan Trainor & Daryl Sabara Are Expecting Their Second Baby
By Jake Viswanath
Pamela Anderson’s Dating & Marriage History Could Be Its Own TV Series
By Jake Viswanath
Jennifer Lopez & Ben Affleck’s Officiant Spilled The Tea On Their Wedding
By Sophie McEvoy
Adam Levine & Behati Prinsloo Welcome Their Third Child Together
By Jake Viswanath
Get Even More From Bustle — Sign Up For The Newsletter
From hair trends to relationship advice, our daily newsletter has everything you need to sound like a person who’s on TikTok, even if you aren’t.