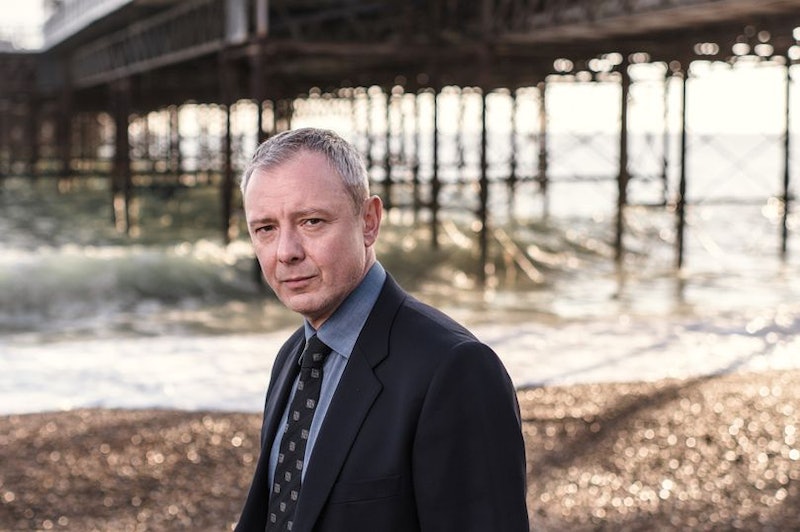 With the action hotting up on Grace, ITV’s adaptation of Peter James’ Roy Grace novels, crime fans have been gripped by the show’s mysterious string of grisly murders and subsequent criminal justice battles. Starring Doctor Who and Life On Mars’ John Simm as Brighton-based Detective Superintendent Roy Grace, the second season is currently airing on ITV, and is based on three of James’ novels: Not Dead Enough, Dead Man’s Footsteps, and Dead Tomorrow. But will Grace return for season 3? Here’s what we know so far.

Though ITV has yet to confirm Grace’s renewal, the source material is certainly there for a follow-up. In total, James wrote nineteen instalments of his best-selling Roy Grace novels. So far, the show has only adapted five of them. As you can see, there’s lots of potential for more dramatic twists and turns.

Meanwhile, the leading man is certainly keen, as Simm told Radio Times: “Roy Grace is such an intriguing part and to have the whole world of the novels to immerse myself in has been invaluable. I'm more than happy to keep playing him if people want to keep watching the show."

And in theory, the show could keep going forever — with sixteen more novels still left to explore, and author Peter James keen to keep the long-running serial ticking. “"I really need to up my writing from one Roy Grace a year to four,” he told Radio Times.

“The problem is that I do a lot of research for each book and I’d hate to compromise that. If, God willing, the series continues to be successful and we do run out of books, we can always create new stories. I’ve got about 50 Roy Grace ideas that I want to do eventually, so we’re not going to run short”

More like this
Yinka Bokinni Recalls Terrifying Truth At Heart Of 'How To Hire A Hitman'
By Frances Stewart
Regé-Jean Page Spoke Out On His Rumoured 'Bridgerton' Return
By El Hunt and Maxine Harrison
A New Season Of The Midwich Cuckoos Could Be Coming “To A Town Near You”
By El Hunt
Here's How To Stream 'Downton Abbey: A New Era' & The New 'Downton' Channel
By Alice Broster and Sam Ramsden
Get The Very Best Of Bustle/UK