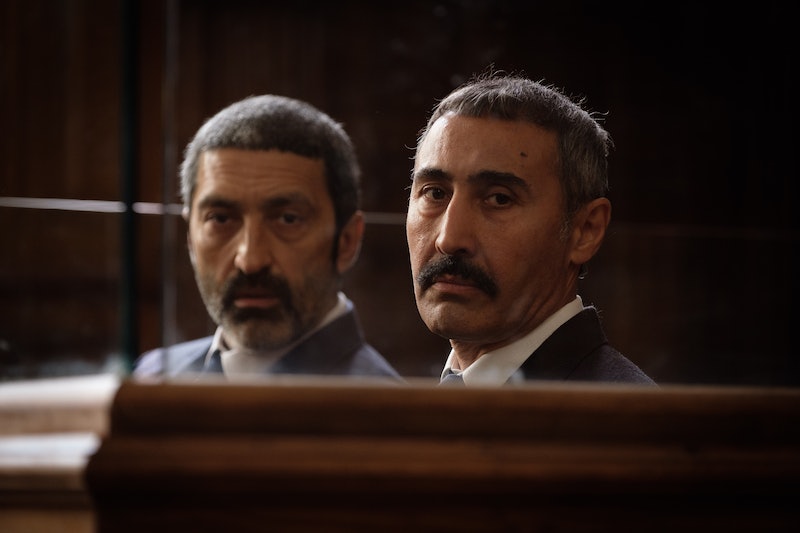 The tragic killing of Banaz Mahmod Babakir is the subject of a brand new ITV drama. Starring BAFTA-winner Keeley Hawes as the detective at the helm of the investigation, Honour delves deep into the heart of the murder case, and explores the complex, abusive relationships between Mahmod and her family in the years leading up to her death. But what happened to Ari Agha Mahmod and Mahmod Babakir Mahmod, Banaz's uncle and father?

As The Sun reports, Mahmod Babakir Mahmod and Ari Agha Mahmod were each tried for murder at the Old Bailey in June 2007. Despite entering a not guilty plea, both were eventually convicted of killing Banaz and burying her body in a suitcase at a property in Birmingham. Mahmod Babakir Mahmod was sentenced to at least 20 years in prison, whilst Ari Agha Mahmod was sentenced to serve at least 23 years.

Prior to the murder, Mahmod had arranged for his daughter to marry Ali Abbas in 2003 when she was just 17 years old. Two year later, Banaz returned home and informed her family that she planned to leave her abusive husband — something father Mahmod strongly opposed. After learning of Banaz's relationship with new boyfriend Rahmat Sulemani, uncle Ari Agha held a meeting with all male family members at his home in Mitcham, where it was decided Banaz and Sulemani should be murdered for bringing shame on the family. In December 2005, she was informed by her mother, Behya Mahmod, that her father and other family members were plotting her murder.

Shortly afterwards, Banaz escaped her parents home and moved in with her boyfriend. However, as The Sun reports, she later returned home after being convinced to do so by Mahmod. On January 24, 2006, Banaz was restrained by her cousins, before being raped and strangled to death in her parents living room by Mohamed Hama — the man hired to kill her. Hama was also later found guilty of Banaz's murder in 2007, and sentenced to serve 17 years.

As mentioned previously, the chilling details of the so-called honour killing are set to be explored in ITV's latest two-part drama, Honour. The series will focus primarily on the investigation into the murder of Banaz, shining a light on the many police failings in the years leading up to her tragic death.

Honour begins on Monday, September 28 at 9 p.m on ITV.

More like this
6 'Happy Valley' Easter Eggs You May Have Missed
By Sophie McEvoy
'Consent' Is Not Just One Person’s Story, But Hundreds
By Shahed Ezaydi
Claire Foy Spoke Out About 'The Crown's Gender Pay Gap
By Sam Ramsden
Olivia Colman Stars In First-Look Trailer For BBC's 'Great Expectations'
By Sabah Hussain and Sam Ramsden
Get The Very Best Of Bustle/UK
Sign up for Bustle UK's twice-weekly newsletter, featuring the latest must-watch TV, moving personal stories, and expert advice on the hottest viral buys.