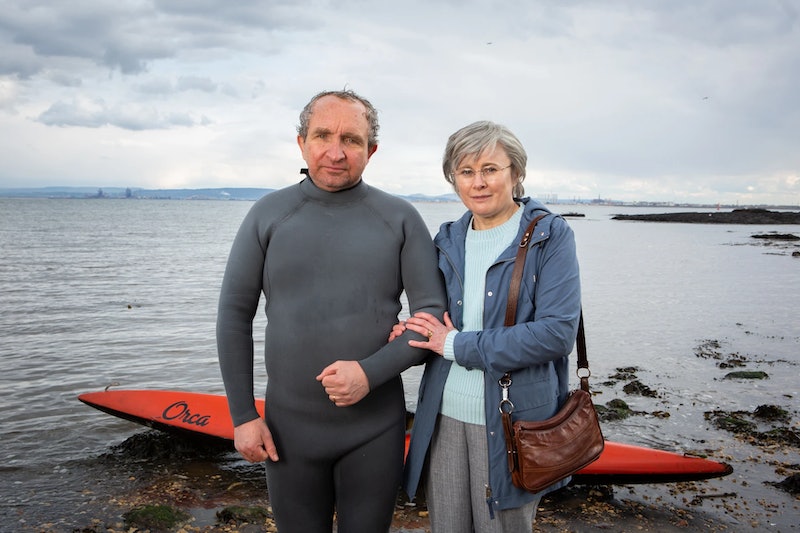 The unbelievable true story of a married couple who staged the husband’s death in order to claim pension and insurance money is revisited in ITV’s The Thief, His Wife and the Canoe.

At the centre of the drama are John and Anne Darwin, the latter of whom is played by Monica Dolan. Speaking ahead of the new series, Dolan shared her experience of playing the real-life Anne, revealing that she finds it difficult to sympathise with the woman she portrays.

As per the Daily Mail, the Darwin’s faked John’s death back in 2002, leading the authorities and their own children to believe that he had drowned at sea while paddling on his now-infamous red canoe. The pair attempted to start a new life in Panama after illegally claiming insurance and pension money. However, when John emerged in 2007 and claimed to have suffered amnesia, their deception eventually caught up with them and they were jailed.

Speaking to Radio Times, Dolan discussed that she had noticed how some people appear to be much more sympathetic toward her character Anne Darwin than she is.

“I can't think of anything that divides people more than forgiveness,” Dolan told the publication, adding, “Her tragedy was that she avoided decisions and tried to please everyone. But you can't go through life not making a decision. Not making a decision is a decision.”

Referring to Anne’s eventual conviction — which saw her spend six-and-a-half years behind bars, per the BBC — Dolan revealed that she never believed her defence of “marital coercion” would fly. However, the actor did think Anne’s sentence was a particularly long one.

The actor also hopes the audience will have a conflicting viewpoint of Anne while watching the ITV drama, and revealed that members of the show’s crew were divided in their opinion of her, too. “There's a generational interpretation of the story. The older female members of the crew felt that she should have taken more responsibility and the younger ones felt that she was a victim,” Dolan told Radio Times.

This isn’t the first time Dolan has portrayed a real-life person on the small screen. As the Guardian notes, she previously played the notorious serial killer Rosemary West.