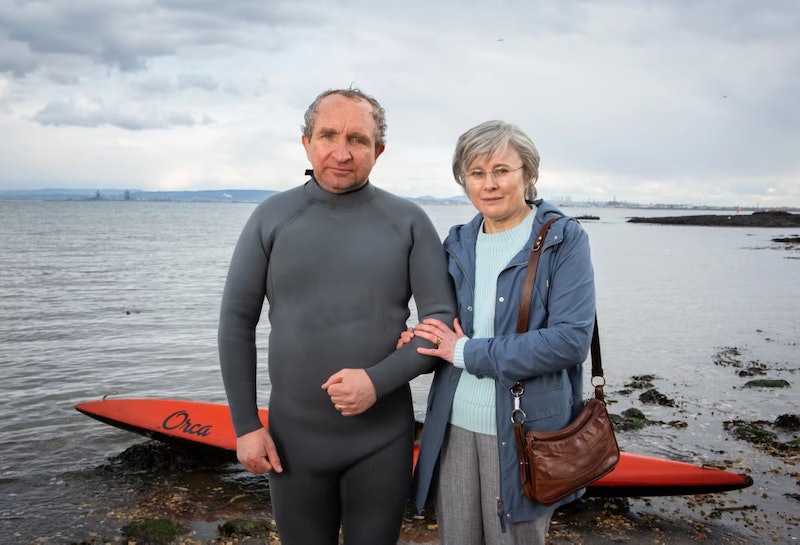 ITV’s The Thief, His Wife and the Canoe retells the unbelievable true story of John and Anne Darwin, a notorious married couple who staged a death in an effort to commit fraud. Monica Dolan and Eddie Marsan lead the cast of the four-part drama, portraying the couple at the centre of this gripping tale. Following the show’s debut, Marsan shared details of a scene that was cut from the final edit, which could have revealed a lot more about the mindset of the real John Darwin.

Speaking to Radio Times, Marsan spoke of the moment whereby an imprisoned John was informed of his father’s death. “He doesn’t really care,” the actor revealed. “I've always thought that was a really good scene because it's so much about John, but I wasn't in the editing suite.”

The actor continued: “I think it was a shame that it couldn't be highlighted in the story because it explains a lot of his thinking towards his sons. Because the thing about John being a narcissist is, he believes that everybody thinks the same way he thinks.”

The actor added that because John had an “estranged relationship with his father,” he’d likely only be upset for a couple of weeks. “That's what he thought his sons would do. And never realised that his sons will be brokenhearted for years,” Marsan explained.

As shown in the ITV drama, the Darwin saga began back in 2002 when John went missing at sea while paddling on a red canoe. He was eventually presumed dead following a huge search operation. However, John was in fact very much alive and had been hiding in a bedsit next-door to his family home. His wife Anne, who was in on the scheme, began cashing pension and insurance checks after John was officially declared dead.

The Darwins even lied to their own two sons, Mark and Anthony, telling them that their father was dead to ensure their plan remained a secret.

However, the pair were eventually caught out by police and, in 2008, were both sentenced to more than six years in jail.

More like this
UK Viewers Will Have To Wait To See Jessica Biel’s Killer Housewife Series
By Rachel Mantock
The First Look Images For BBC’s New Drama 'The Control Room' Looks Tense
By Sophie McEvoy
'Gentleman Jack’s Cast & Crew Are Keen On Season 3, Too
By Frances Stewart
'Gangs of London S2’s New Trailer Is Pure Anarchy
By L'Oréal Blackett and Sophie McEvoy
Get The Very Best Of Bustle/UK