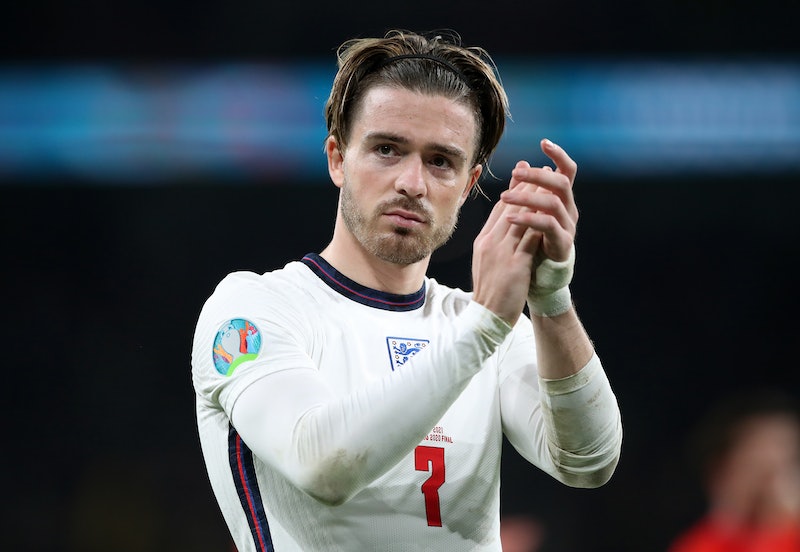 Following in Mason Mount’s footsteps after the England v Denmark Euros semi-final, Jack Grealish had a touching interaction with a young fan in the stands on Sunday evening.

As the Euros 2020 final game came to an end, England’s midfielder took some time to take photos near the pitch. One lucky fan called Oliver had his photo taken with Grealish, who then asked whether the young fan wanted his boots. Obviously Oliver said yes, so Grealish took them off, put some sliders on, and made his way up the steps to hand over the shoes.

Describing Grealish’s actions as an “amazing, beautiful moment”, Oliver’s dad Dan shared the heartwarming moment on their shared Instagram account. “Super Jack is an absolute CLASS act on and off the field. Took time [for] photos with Oliver then asked if he wanted his boots,” he wrote. “This is a moment I will cherish forever. [T]hank you Jack. Manners Maketh Man.”

Grealish wasn’t the only player to seek Oliver out. Italian goalkeeper Gianluigi Donnarumma also gave the young boy his glove after winning a penalty in the semi-finals against Spain on July 6.

Oliver and his dad are quite popular on social media, regularly posting about their love for Tottenham Hot Spurs and meeting players during Euro 2020 including the entire Italian team at Wembley. “When you come out of a life and the Italian national team is in front of you,” Dan wrote. “Play it cool Olly T.”

He’s also met the likes of David Beckham, Harry Kane, Harry Maguire, and even walked out on the pitch with Chris Eriksen during a match between Tottenham Hotspur and West Ham in 2019. Basically, he’s an extremely lucky kid making some amazing memories.