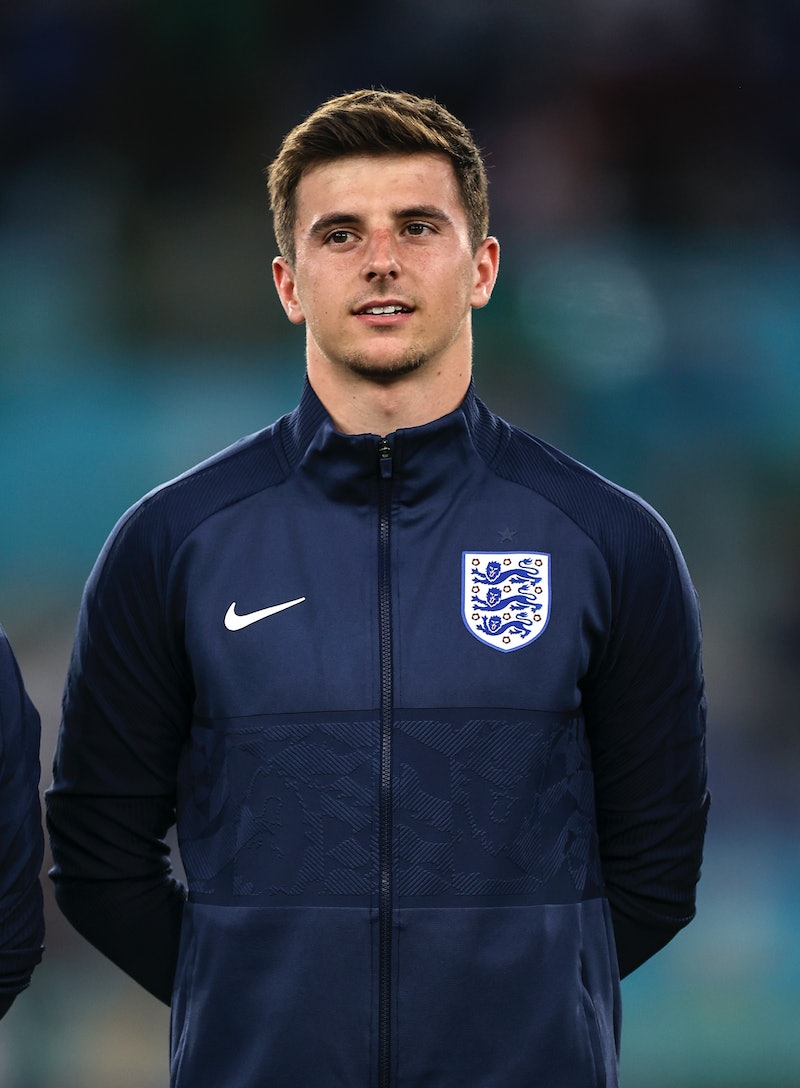 Harry Kane may have scored England’s winning goal in the semi-final, but midfielder Mason Mount captured the nation’s hearts when he gave his shirt to a young girl in the crowd. The moment – which went viral on Twitter – saw the young fan break down in tears at Mount’s gesture, and has quickly turned the footballer into one of the Three Lions’ most beloved players. (Belle has since appeared on ITV's This Morning for another moment of utter joy in the shape of video message from Mount himself. Beyond adorable!) But what is the 22-year-old like off the pitch? He’s obviously has a caring soul after that viral moment, but is the sporting star dating anyone?

In May 2020 the footballer let it slip that he had a girlfriend after an elderly fan tried to set him up with her granddaughter. “Are you trying to set me up? I don’t think my girlfriend would be too happy,” he replied in fits of laughter while talking to her over Zoom. According to OK! magazine, the significant other in question was model and singer Chloe Wealleans-Watts, a member of the London-based girl group 303, who he reportedly met in Dubai.

However, it’s uncertain as to whether the couple is actually still together. Publications like OK! have previously shared images of Mount and Wealleans-Watts together which they posted on their Instagram accounts, but the images have been deleted since. There is a snap left on the singer’s Insta from a visit to Stanford Bridge (Mason’s home ground) with her family back in September 2019. The pair have also unfollowed each other’s personal accounts, too.

The 22-year-old was also linked with former Little Mix star Jesy Nelson after they were both seen partying at the same bar in June. According to the Sun, the pair were spotted departing the rooftop bar together along with some friends, though this is unconfirmed.

Whether or not Mount and Wealleans-Watts are still together, or whether Jesy is his new flame, they’re all certainly living their best lives regardless. Mount is heading to the Euro 2020 final against Italy on Sunday (July 11), while Wealleans-Watts released a new single with 303 called “Mood” in May 2021, and Jesy is preparing for the imminent launch her solo career.