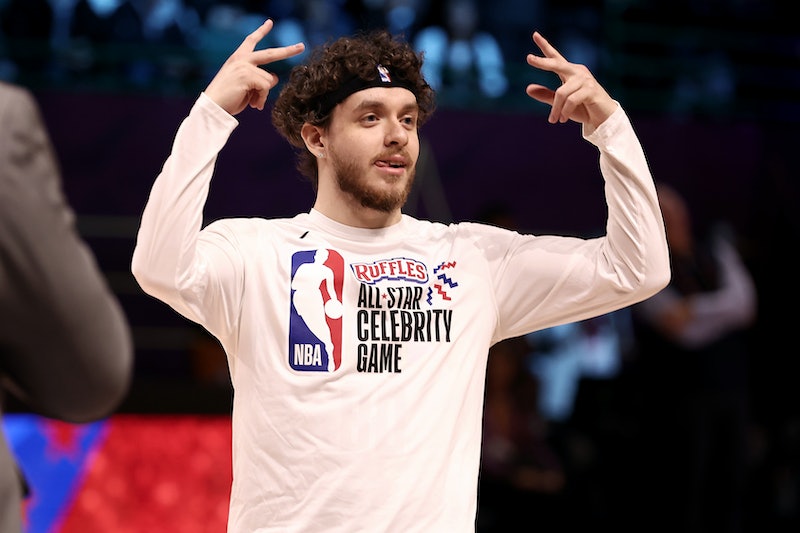 Rapper Jack Harlow is trying something new, and it involves spitting lines of a different kind — on the set of a movie for the first time ever. White Men Can’t Jump, a 1992 sports comedy about two basketball hustlers in the streets of LA, is getting a Hollywood remake, and Harlow is set to play a main character.

In the original, two exceptionally skilled players (Wesley Snipes and Woody Harrelson) con each other for cash, but they eventually team up to beat bigger streetball icons. According to a March 3 Deadline report, the “INDUSTRY BABY” rapper will be taking over the role of Billy Hoyle, the character originally played by Harrelson. Harlow’s the only one with a role in the film so far; the 20th Century film’s producers are still looking for someone to fill Snipes’ character, Sidney Deane, and Billy’s girlfriend, Gloria Clemente, previously played by Rosie Perez. Though the Grammy-nominated artist has never acted before, he apparently wowed the execs during his audition. Plus, he also had the chance to showcase his basketball prowess in the recent NBA All-Star Weekend’s Celebrity Game.

All that said, fans of the classic comedy are very protective of the movie, and many don’t think Harlow’s basketball skills are strong enough for the role. After the casting was announced, many took to Twitter to voice their apprehensions about the remake and Harlow’s role in it. “Nobody wants to see this after watching how bad Jack Harlow is at hooping at the celebrity all star game lol,” one user said.

Brooklyn Nets basketball star Blake Griffin will serve as one of the executive producers, so he’ll likely ensure that the court scenes are up to fans’ standards.

More like this
Before 'Bullet Train,' Revisit These Brad Pitt 'Fight Club' Premiere Photos From 1999
By Grace Wehniainen
Jennifer Coolidge Needs 'Legally Blonde 3' To Happen So She Stops Getting Hot Dog Jokes
By Jake Viswanath
Reese Witherspoon Gave Fans Hope For 'Legally Blonde 3' After This Surprising Movie Inspired Her
By Jake Viswanath
Lewis Hamilton Turned Down A Role In 'Top Gun: Maverick' For This Surprising Reason
By Darshita Goyal
Get Even More From Bustle — Sign Up For The Newsletter