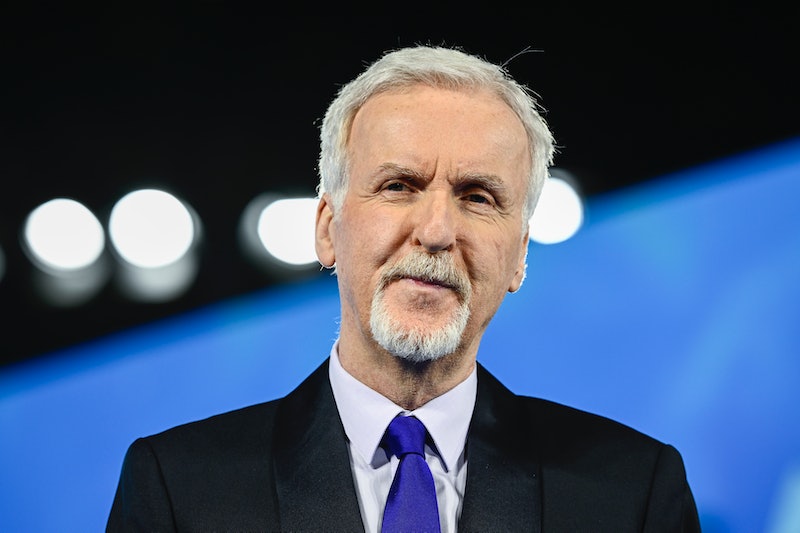 James Cameron is the man behind some of Hollywood’s most successful and beloved films, and even his journey to success had a cinematic quality. The Oscar-winning director, writer, and producer decided to become a filmmaker in his 20s while working as a truck driver, but because he couldn’t afford the University of Southern California’s film program, he’d go to the school’s library stacks to teach himself the art. Fast-forward more than 40 years, and, to date, Cameron’s films have grossed about $6 billion worldwide, with two ranking among the biggest box office successes ever.

In fact, only five movies in history have ever crossed the $2 billion mark in gross earnings, and Cameron made two of them: 2009’s Avatar ($2.74 billion), which is currently the highest-grossing movie of all time, and 1997’s Titanic ($2.2 billion). After 15 years in development, his highly anticipated Avatar sequel, The Way of Water, could very well become his third film to join the list. “I don’t doubt we’ll make a lot of money, but we’ve also spent a lot of money, so there’s an internal formula that only we know that tells us if we’re being profitable,” the filmmaker explained to USA Today. (Avatar 2 reportedly cost Disney $350 million to make, per Variety.)

As he recently shared with GQ, however, Cameron — whose other big-budget productions include Terminator 2: Judgment Day and True Lies, which joined Titanic as some of the most expensive films ever made at the time of their release — won’t be updating his net worth right away. Explaining to the magazine that Avatar: The Way of Water was “very f*cking” expensive to make, he said he told the studio that the movie represented “the worst business case in movie history.” In order to be profitable, “you have to be the third or fourth highest-grossing film in history. That’s your threshold. That’s your break even,” he added.

If anyone’s proven they can achieve that success, though, it’s Cameron. Still, despite his films raking in billions, he’s still not a billionaire. Read on to find out more about how much Cameron has earned from his biggest films, how he spent some of his millions throughout his storied career, and exactly what his net worth is estimated to be today.

Cameron is one of the most prolific directors working in Hollywood today, and his films have earned him hundreds of millions of dollars. Worldwide, his movies have grossed $6.3 billion, $1.9 million of which came from domestic box office sales.

His first big break came with his original script for The Terminator, which earned $78.4 million globally. He sold the rights to the movie for $1 so that he would be allowed to direct — a move he later regretted. “If I had a little time machine and I could only send back something the length of a tweet, it’d be — ‘Don’t sell,’” he told the Toronto Sun in 2009.

Cameron is known to make big bets on his films — he famously turned back his $8 million salary when Titanic went over budget, opting instead for a profit-sharing model that would only pay him if the film performed. Titanic went on to become the highest-grossing film of all time and gave Cameron a $650 million payday. He did the same thing with Avatar, which earned him at least $350 million when it was released in 2009.

2. Sustainable Farming And Other Plant-Based Investments

Along with his wife, Suzy Amis Cameron, the director also puts a major emphasis on his agricultural ventures, namely plant-focused sustainable farming. From the 5,000-acre Cameron Family Farms in the countryside of South Wairarapa, New Zealand to a Canadian plant that makes protein concentrates from peas and lentils, the business also works to combat environmental issues, much like the ones he examines in his Avatar films.

The Camerons also founded Saskatchewan, Canada-based Verdient Foods and recently entered into a joint venture with United States-based refiner Ingredion Inc. “From the moment we went plant-based, our world did a 180,” Amis Cameron, whom he met on the set of Titanic, said in an April 2019 Bloomberg interview. “We started looking at our investments, our business opportunities. At this point, aside from Jim’s film work, they all go through a plant-based lens.”

In the early days of the pandemic, Cameron and his wife decided to become full-time New Zealand residents, listing their Malibu compound for $25 million, according to public records obtained by the Los Angeles Times. He first purchased an 8,300-square-foot home on the property in the 1980s before also buying the 7,700-square-foot home next door that previously belonged to late actor George C. Scott in 2003. The combined estate also sits on four acres of land.

Tax records show that Cameron sold the smaller of the two homes in an off-market deal for $8.2 million — just under twice the $4.4 million he paid for the place in late 2003 — as Dirt reported in June 2021.

The filmmaker has also owned undeveloped land in Malibu and eventually amassed 730 acres of ranchland in the Santa Monica Mountains. He eventually put the land on the market for $25 million in 2007, and the Mountains Recreation and Conservation Authority bought 703 acres for $12 million in 2014, according to KCRW.

Cameron purchased Beaufort Vineyard and Estate Winery in British Columbia in February 2014 for $2.7 million. As of August 2020, the 84-acre property, which includes a tasting room, wine bar, and equipment, was also on the market for $5.6 million.

The Avatar filmmaker is fond of the oceans, so it’s no wonder that he reportedly co-owns Triton Submarines worth $3 million and a $20 million Alucia 2 Yacht. His garage also houses high-end motorcycles, including a Ducati 848 EVO and a Harley Davidson, per Mashable.

Aside from the aforementioned homes, properties, and businesses, Cameron has also reportedly spent millions of dollars expanding his New Zealand estate, which he purchased in 2011. He claimed in 2022 that his New Zealand family farm is the nation’s “biggest supplier of organic brassicas,” a plant category that includes broccoli, kale, and cauliflower.

What Is James Cameron’s Net Worth?

Cameron is reportedly the fifth-richest filmmaker (behind the likes of George Lucas and Steven Spielberg) and could even be named a billionaire if the Avatar sequels perform as well as the first. The untitled third Avatar movie is slated for a 2024 release.

More like this
What Is Pamela Anderson’s Net Worth? She Was Never Paid For Her Stolen Sex Tape
By Hugh McIntyre
David Beckham’s Controversial Qatar Deal Skyrocketed His Net Worth
By Catharina Cheung
Maya Jama’s Net Worth Definitely Won’t Give You The Ick
By Sophie McEvoy
Emily Atack’s Net Worth Would Make Charlotte Hinchcliffe Proud
By El Hunt
Get Even More From Bustle — Sign Up For The Newsletter
From hair trends to relationship advice, our daily newsletter has everything you need to sound like a person who’s on TikTok, even if you aren’t.