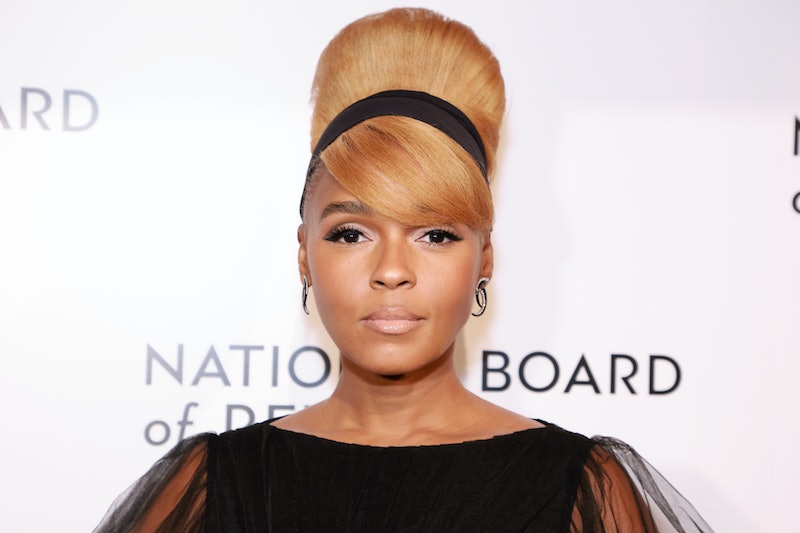 When Janelle Monáe revealed herself to be nonbinary in April 2022, the Glass Onion: A Knives Out Mystery star said she uses she/her or they/them pronouns — but the “pronoun” she really prefers is “freeassmuthaf*cka.” She is the first to admit she’s no expert on the subject, but has been using her platform to speak candidly about her gender identity nonetheless. “I’m not this arrogant person that thinks that I have all the answers,” the Grammy-nominated musician explained during a Jan. 9 interview on SiriusXM’s The Jess Cagle Show.

Monáe believes it’s still important to use her voice, though. The reason? “I think it’s all about just honoring your truth and your authenticity — whatever that may look like,” she told Cagle. “For me, it’s about making sure that I’m also saying to people, ‘Further investigate who you are.’ ... Allow yourself to discover something new about yourself. Open up your mind to different possibilities. And listen — listen to folks who are saying, ‘Hey, this is who I am. This is how I feel inside and outside.’”

The host also referenced Monáe’s interview with The New Yorker that hit the web on Jan. 8. In it, she echoed the statement that she’s “never so arrogant to believe” she has “all the answers.” Monáe also doesn’t expect anyone else to be perfect, either. “I’m not a stickler. If people say ‘woman,’ it doesn’t bother me,” she explained to the magazine. “As long as I understand your intention, I give grace in those areas. But I think it’s good to continue to have the conversation around gender norms and pronouns.”

Though many have referred to Monáe’s announcement as her “coming out,” she prefers the term “coming in,” instead. “You’re bringing people into who you are. You’re allowing them a unique opportunity to further understand how you see yourself,” she elaborated to The New Yorker. “For me, it was not this big declarative statement. It was just, ‘This is who I am.’ I don’t think anybody should feel obligated to talk about their sexuality. For me, after having the necessary conversations with my loved ones, and also feeling comfortable enough to let it seep into my writing and my art, I knew that it was time.”

Opening up more about her nonbinary identity on Red Table Talk with Jada Pinkett Smith, Willow Smith, and Adrienne Banfield-Norris in April 2022, Monáe said, “I just don’t see myself as a woman, solely. I feel all of my energy,” adding that “God is so much bigger” than pronouns. “And if I am from God, I am everything. But I will always, always stand with women,” she continued. “I will always stand with Black women. But I just see everything that I am, beyond the binary.”

More like this
"Lavender Haze" Star Laith Ashley Breaks Down Filming With Taylor Swift
By Jake Viswanath
Kim Petras Just Made Grammy History
By Jake Viswanath
Jameela Jamil Defends Sam Smith After Trolls Body-Shamed Them
By Jake Viswanath
What Is Mary J. Blige’s Net Worth? The 9-Time Grammy Winner Is Doing “Just Fine”
By Hugh McIntyre
Get Even More From Bustle — Sign Up For The Newsletter
From hair trends to relationship advice, our daily newsletter has everything you need to sound like a person who’s on TikTok, even if you aren’t.