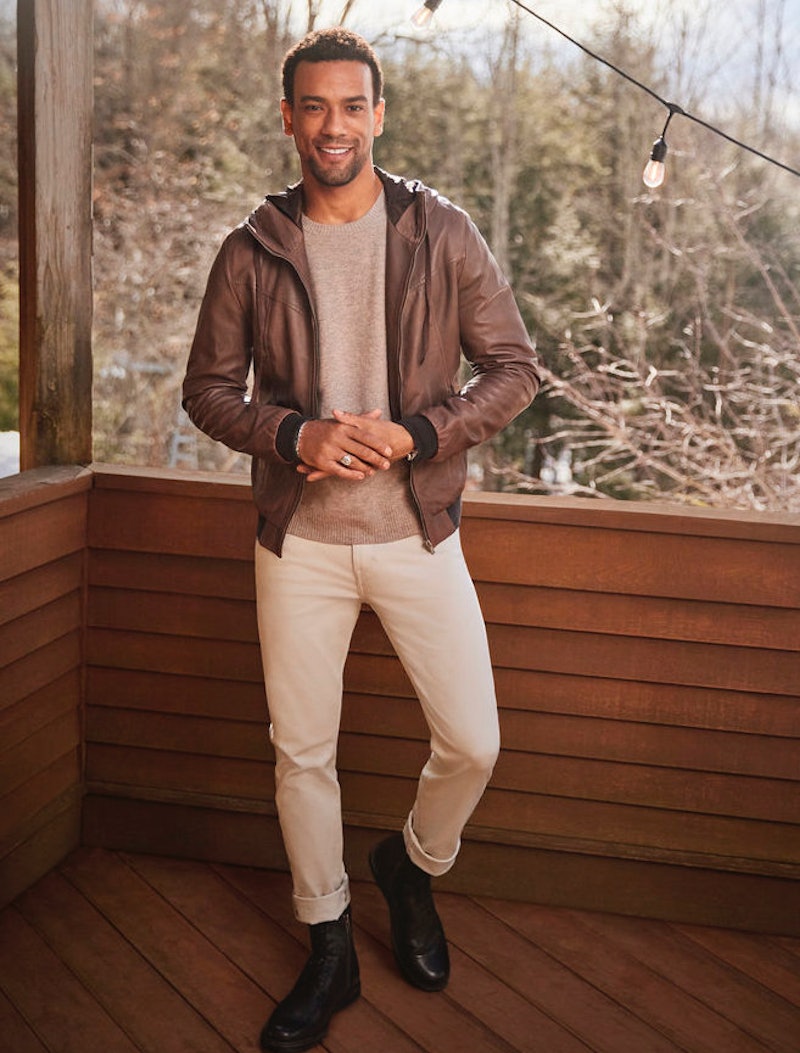 Premiering on Oct. 20, Bravo’s new reality show Winter House brings together cast members from Summer House and Southern Charm for a two-week vacation in Stowe, Vermont. In addition to established stars like Craig Conover, Austen Kroll, and Lindsay Hubbard, the show will introduce several newcomers. One of them is Jason Cameron, a friend of fellow new castmate Julia McGuire (who is a friend of Summer House’s Paige DeSorbo). He’s described as an outgoing Rochester, New York native who loves to party. Here’s everything else to know about Jason ahead of the show.

Jason Is A Model & Philanthropist

According to his official Bravo bio, Jason is an established model. He’s currently signed to One Management in New York and has modeled for brands such as Johnston & Murphy, Foot Locker, and L’oréal.

He also works for a New York City-based non-profit called Glam 4 Good. According to the company’s website, they empower low-income youth by providing new clothing, grooming services, and personal care items. They also help women to dress and groom for job interviews. Glam 4 Good has donated over 23 million pieces of clothing, 3 million toiletries and beauty projects, and 4 million shoes.

Jason’s Instagram is full of his modeling photos, as well as shots of his work with Glam 4 Good. His Instagram also proves that he loves to party and “keep the tequila flowing,” just as his Bravo bio says.

Jason Was Raised By His Grandma

Jason’s grandma, who raised him, passed away this year at 99 years old. She originally stepped up because Jason’s mom passed away while he was a teenager. “A Mothers Love is like no other. I was fortunate enough to be raised by the strongest woman I know and my twin in many respects,” Jason wrote of his grandma on Instagram in 2019. “A mother who wore many hats but ‘MOM!’ Was her favorite! Miss you, love u.”

Jason is still close to his father, though. “Dad, today I realized how few photos have been taken of us together lately. I’m often poking around taking photos/ videos of you, capturing the little things that make our bond so special,” he wrote on Instagram in June. “You are half of the fashion inspiration, half of the decent looks but ALL in when it comes to being a father. Can’t thank you enough for understanding, accepting but always challenging my hard-headed ways and being there while I found MY path in life.”

The trailer for the season suggests Jason gets romantically involved with Lindsay Hubbard, at least at first. “I’m trying to kidnap you to bring you home with me,” she jokes to him while snowboarding. In another scene, Jason admits that he and Lindsay made out, and that she also stayed in his bed. But when asked how many other women he’s had in his sheets, he joked that the “the mahogany room don’t play,” referencing his wooden bedroom.

On top of that, it looks like Lindsay and Ciara Miller both end up liking Austen Kroll, so his connection to Lindsay may just be a winter fling.