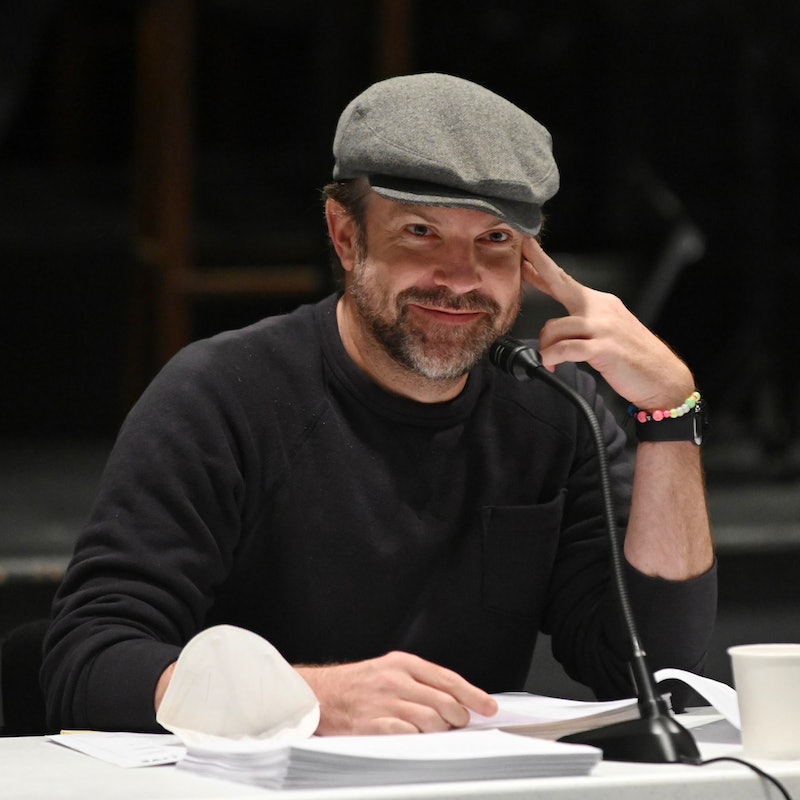 Fans who were hoping to see some of Ted Lasso’s sweet, wholesome boyfriend energy on Jason Sudeikis’ Saturday Night Live episode weren’t disappointed. The Emmy winner and long-running SNL alum began his hosting gig with a monologue so heartwarming it might’ve made Ted himself tear up: “This place changed my life ... and there’s a good chance that if you’re watching tonight, there’s probably something from this place that probably changed your life, too.”

But soon into the show, Sudeikis took his charm to new, steamy heights — this time around, as a teacher, complete with glasses and sleeves rolled up to reveal All. That. Forearm. During a parent-teacher conference, Sudeikis engaged in a flirty back-and-forth with Mrs. Wilkerson (Ego Nwodim), the mother of one of his students. She was all about the teasing exchange, to the point that her husband (Kyle Mooney) faded into nothing but a distant memory — and very distraught onlooker.

“Skylar is a total sweetheart,” Sudeikis said of the couple’s son. “In fact ... I don’t think I’ve had to punish the little guy once.”

“Punish? OK, wow,” replied Nwodim. “You do not strike me as the punishing type.”

“Well, you don’t know me very well,” said Sudeikis, without skipping a beat. “Do you, Miss Thang?”

Sudeikis proved that he very much was the punishing type moments later, when he told Nwodim to write, “I’ve been bad” on the chalkboard, engaged in some chalk double entendre, then cleared off his desk so the two could make out on it. Again, Mooney’s Mr. Wilkerson was still right there — but his pleas didn’t do much to stop the steamy hookup at hand.

Naturally, Twitter couldn’t get enough of the swoon-worthy scene, the couple’s chemistry, or Sudeikis in, perhaps, his best role yet. Too soon for another Emmy nom?

And there you have it: Lives have been changed.