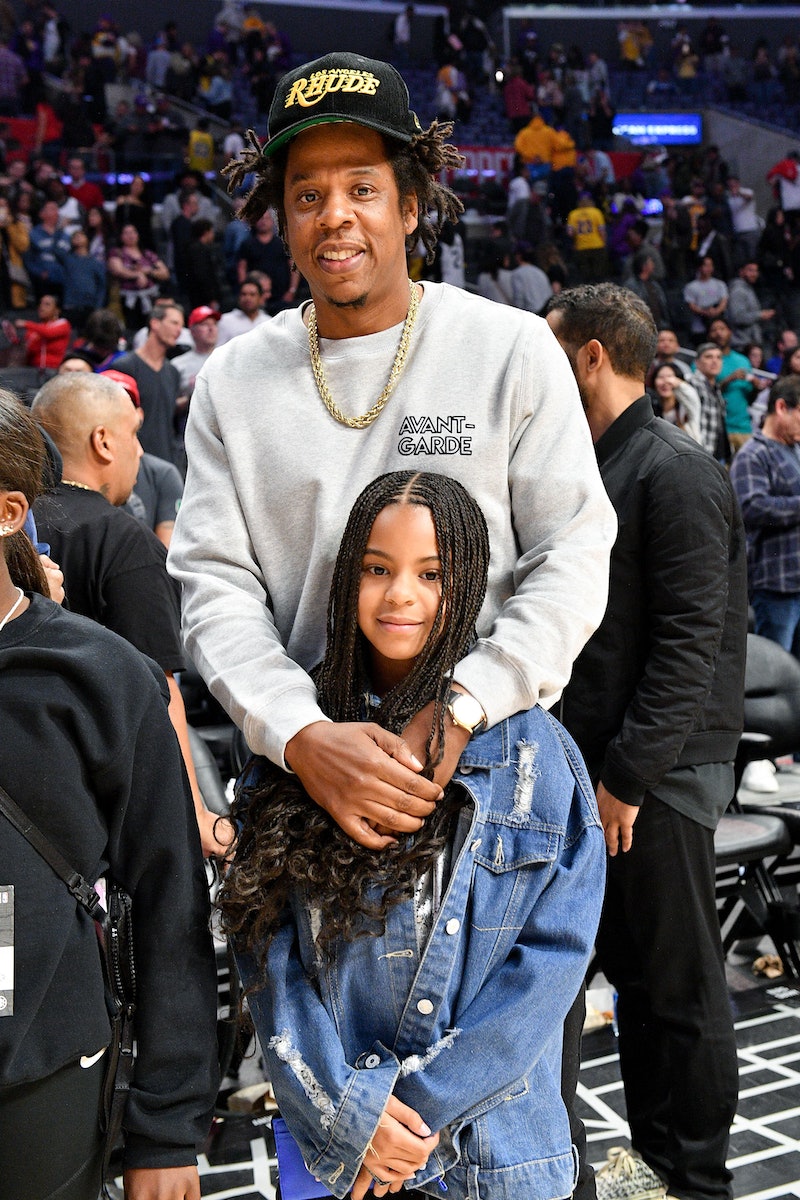 Jay-Z is getting candid about how jumping into fatherhood was sink-or-swim. In an interview excerpt from HBO Max’s series The Shop: Uninterrupted, the 51-year-old entertainment mogul and father of three shared that becoming a dad back in 2012 not only transformed his life but pushed him to learn a new skill.

Sharing that being a father to daughters is “amazing” and “a very grounding thing,” he noted that he only learned to swim after Blue was born. “There goes everything you need to know,” he said. “This is a metaphor for our relationship. If she ever fell in the water and I couldn’t get her, I couldn’t even fathom that thought.” And so he resolved to learned how to swim — literally and metaphorically. “That was the beginning of our relationship,” he added.

The 9-year-old, who has already made history as the Grammy’s second-youngest winner of all time, is Beyoncé and Jay-Z’s first child; the couple are also parents to twins Rumi and Sir, who will turn 4 in June.

In another heartfelt moment during the interview, the producer shared Blue Ivy’s reaction to his Rock & Roll Hall of Fame nomination in February, sharing that it wasn’t what he expected.

This isn’t the first time he’s opened up about his parenting style. When Jay-Z and Beyoncé met the Duke and Duchess of Sussex at The Lion King’s European premiere in 2019, the high-profile couples chatted about parenthood. Jay-Z even passed on some advice to Prince Harry and Meghan, then new parents: “The best advice I can give you, always find some time for yourself,” he said, per the Daily Mail.

Jay-Z has also talked about his “paranoia of not being a great dad,” explaining how it influenced his Magna Carta Holy Grail track “Jay Z Blue” in a 2013 ad for the album. One of the ways he seems to be stifling that paranoia, though, is by allowing his kids to take on their own paths in life. In a rare and recent interview with the Sunday Times, he talked about the pressure for his children to build an empire equal to that of their parents. “Feeling loved is the most important thing a child needs, you know?” he said. “Not ‘Here’s this business that I’m going to hand over to you, that I’m creating for you.’” He concluded by saying that “as long as your child feels supported, and feels loved,” he thinks “anything is possible.”