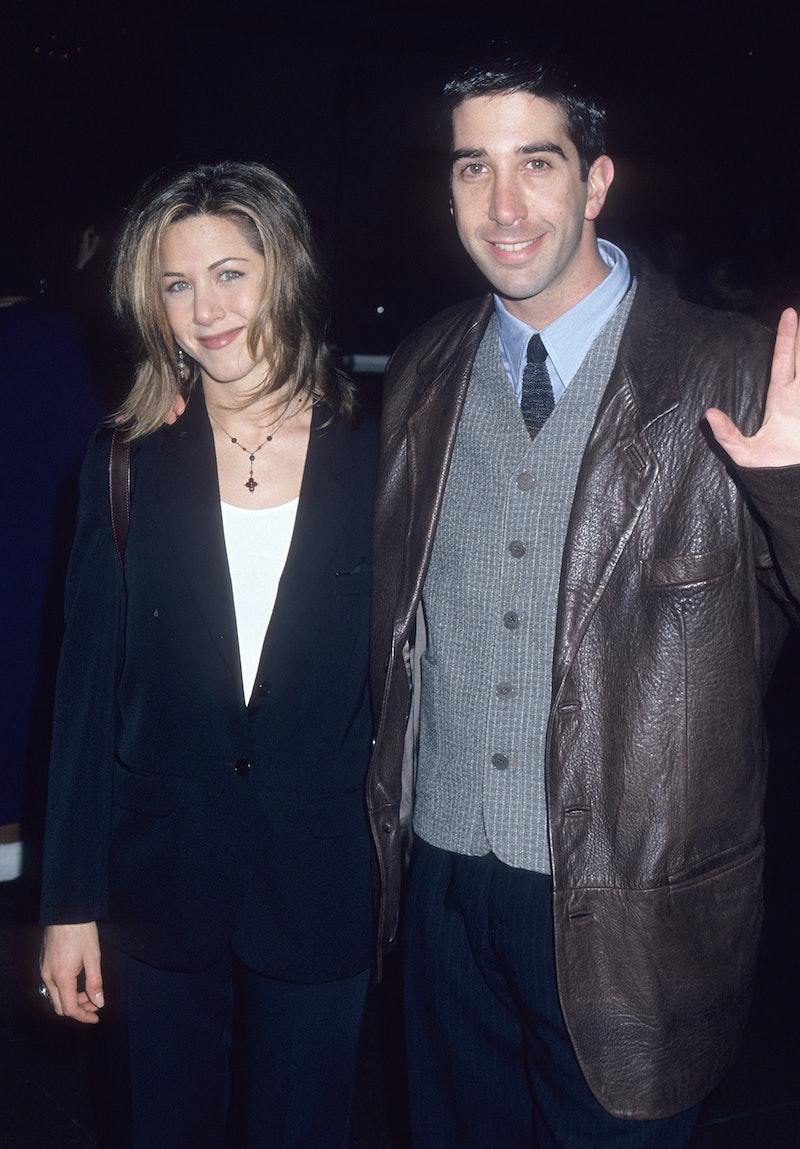 Earlier this summer, Friends fans collectively freaked out when rumors started swirling that co-stars Jennifer Aniston and David Schwimmer were dating three months after the reunion special aired on HBO Max. “After the reunion, it became clear that reminiscing over the past had stirred up feelings for both of them and that chemistry they’d always had to bury was still there,” a source told Closer Weekly at the time. But now, the Morning Show actor is setting the record straight once and for all.

“That was bizarre. I could not believe that, actually. Like, really? That’s my brother,” Aniston, 52, told Entertainment Tonight. “But I understand it, though. It just shows you how hopeful people are for fantasies for dreams to come true.” At the time, reps for both Aniston and Schwimmer, 54, denied the reports that they rekindled their onscreen romance in real life, calling the relationship rumors “false.”

Per Closer’s August report, Schwimmer and Aniston “began texting immediately after filming” the special. The source also said that, in July, David flew from New York to see Jen in L.A. and that they had been “spending time at Jen’s home,” where they “enjoyed quality time together, chatting and laughing.” The source added that the two had “lots of chemistry” and were “spotted drinking wine, deep in conversation, as they walked around one of Jen’s favourite vineyards in Santa Barbara.”

Within seconds, Aniston and Schwimmer’s rumored relationship was spreading like wildfire on social media. “The Jennifer Aniston and David Schwimmer rumors have restored my faith in love,” one fan tweeted. Someone else wrote that they needed to “take time off work to recover.” It’s not hard to understand why fans were so excited. In late May, the duo made headlines when the American Crime Story actor admitted during the special that he “had a major crush” on Aniston while filming Season 1 of Friends.

During the reunion, Aniston admitted that the feelings were “reciprocated,” but they never took their relationship offscreen. “At some point, we were both crushing hard on each other, but it was like two ships passing because one of us was always in a relationship,” Schwimmer said. “And we never crossed that boundary.” “Bullsh*t,” co-star Matt LeBlanc interjected, suggesting that he witnessed the two canoodling on set.

Schwimmer also recalled cuddling on a couch with the We’re The Millers star between takes. And even though he didn’t think his co-stars noticed that they were “crushing on each other,” Matthew Perry and Courteney Cox both said that they “knew for sure.” Cox also added that their chemistry was “palpable,” especially in their first kiss scene from Season 2. “It was just perfect,” she said.

Aniston, for her part, recalled wanting her first kiss with Schwimmer to be off-camera, but it didn’t work out. “I just remember saying one time to David, it’s gonna be such a bummer if the first time you and I actually kiss is going to be on national television,” she said, reflecting on their iconic Central Perk smooch. “Sure enough! First time we kissed was in that coffee shop. We just channeled all of our adoration and love for each other into Ross and Rachel.”

More like this
Courteney Cox & Jennifer Aniston’s Latest 'Friends' Revival Is Everything
By Darshita Goyal
Who Is Nick Cannon Dating & How Many Kids Does He Have?
By Jordyn Tilchen and Radhika Menon
How To Apply For 'Survivor' & Tips On How To Get Cast
By Meg Walters
Here’s Everything You Need To Know About Operation London Bridge
By Bustle UK
Get Even More From Bustle — Sign Up For The Newsletter