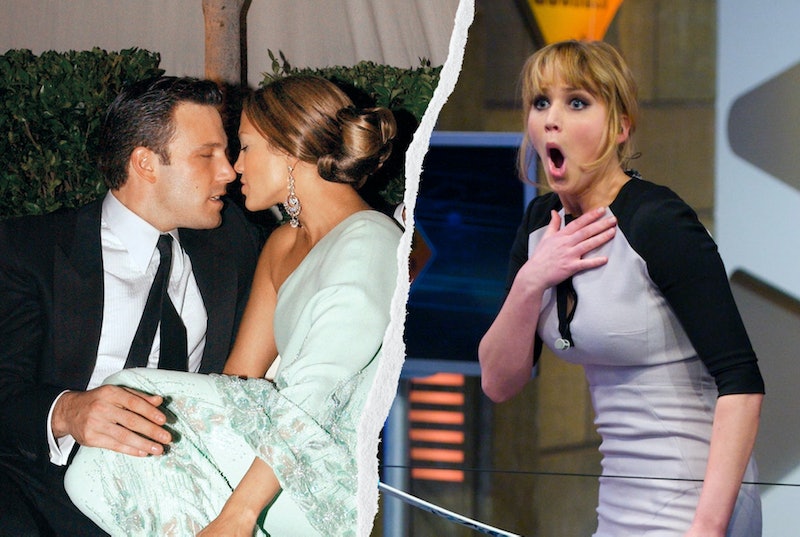 Few celebrity couples have attracted more media attention than Jennifer Lopez and Ben Affleck, or “Bennifer” as the tabloids named them nearly two decades ago. Now, 17 years after they went their separate ways, the two may be giving it another go, and one fellow movie star can’t handle the good news.

While recording an episode of Jackie Schimmel’s The B*tch Bible podcast, Oscar winner Jennifer Lawrence stopped the conversation dead by shouting, “Breaking f*cking news,” she started. “Jennifer Lopez and Ben Affleck are back together.” Before she could go on, the others on the program simultaneously yelled, because none of them could believe it. “They’re in Montana,” Lawrence continued, adding, “they are on vacation with each other right now.”

In addition to being an incredible actress and a stunning model, part of what has made Lawrence one of the most successful people in Hollywood is her relatability. She is funny, down-to-Earth, and she seems less like an A-lister and more like “one of us.” Her reaction to the breaking news is what pretty much all of us did when we heard about the couple. And while some listeners may have found out about Bennifer 2.0 for the first time while listening to the podcast, the news of the reunion of the two actors has been perhaps the hottest topic in entertainment for several days now.

In April, quickly after J.Lo and Alex Rodriguez announced their split, Affleck was photographed leaving Lopez’s car, and Page Six reported that he also went to her home in Los Angeles to see her. These may have been minor visits, but due to their history, they set the internet ablaze with even a whisper of a reformation. And just a few days ago, the two took another big step by retreating to Montana together, where Affleck owns a home. The pair reportedly got away for a little vacation before taking a private jet back to Los Angeles.

Lopez and Affleck have yet to publicly comment on whether they have gotten back together romantically or if the Argo Oscar winner is simply supporting someone who means a lot to him as she goes through a difficult time after Lopez and Rodriguez called off their engagement. The two had been together for several years and were set to wed, but they ended their relationship after rumors of infidelity on the former athlete’s part.

If that romantic trajectory sounds familiar, it’s because it is sadly a road Lopez has traveled down before. In addition to being married three times — to Ojani Noa (1997-1998), then Cris Judd (2001-2003), and most recently to Marc Anthony (2004-2014) — she was also engaged to Affleck for a short time. The two decided to get married in 2002, but just one day prior to their 2003 nuptials, the power couple called off the wedding. At the time, they claimed it was due to “excessive media attention,” but sadly they never rescheduled the event. They officially went their separate ways in 2004.

In the decade and a half since they split, the two headline-grabbers have supported one another, both privately and in the press, so while this reunion is certainly thrilling to watch, it’s not altogether unexpected.

More like this
Hailey Bieber Just Responded To *That* Viral Met Gala Moment
By Radhika Menon and Sam Ramsden
Who Is Nick Cannon Dating & How Many Kids Does He Have?
By Jordyn Tilchen and Radhika Menon
Adam Devine Hilariously Let Everyone Know He’s *Not* Accused Cheater Adam Levine
By Brad Witter
Gisele Bündchen Appears To Address Those Tom Brady Divorce Rumors
By Radhika Menon
Get Even More From Bustle — Sign Up For The Newsletter