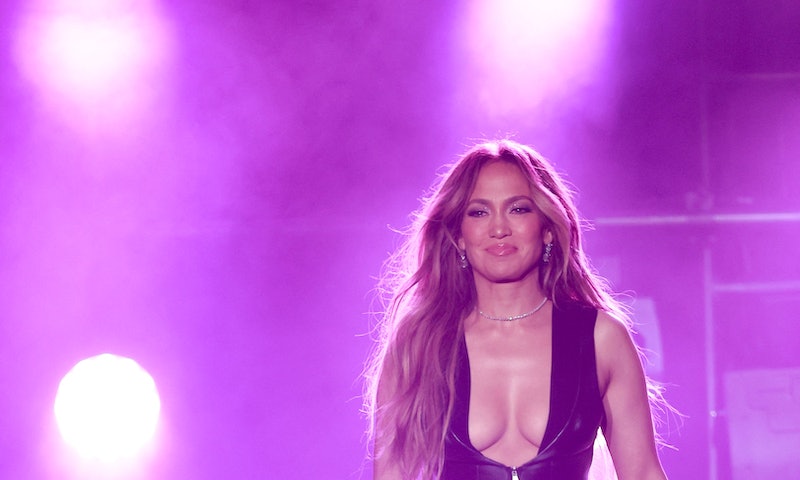 After the release of her behind-the-scenes documentary Halftime, Jennifer Lopez is getting even more personal. In her “On The JLo” newsletter, she recently revealed that a panic attack brought on by exhaustion led her to completely change the way she was living her life.

“There was a time in my life where I used to sleep 3 to 5 hours a night. I’d be on set all day and in the studio all night and doing junkets and filming videos on the weekends,” she said. “I was in my late 20s and I thought I was invincible.” At the time in the 1990s, J.Lo was focusing on building an acting career next to her already hugely successful musical career.

The panic attack occurred on set one day in her trailer when “all the work and the stress it brought with it, coupled with not enough sleep to recuperate mentally, caught up with me.” She recalled feeling completely normal and alert, thinking about her upcoming day one minute and then suddenly feeling as though she couldn’t move the next. “I was completely frozen...and couldn’t see clearly,” she remembers, adding that the sensation was frightening and the “fear compounded itself.”

“My security guard on set came in and picked me up and drove me to the doctor. By the time I got there, I could at least speak again and I was so terrified I thought I was losing my mind.” The doctor uncovered that she was suffering from a “classic panic attack brought on by exhaustion” — a term she hadn’t heard of at the time. In the throes of panic, she asked him if she was going crazy, to which he replied, “No, you’re not crazy. You need sleep.”

In addition to getting seven to nine hours of sleep a night, he also suggested that she avoid caffeine and work out more. This kickstarted her wellness journey, which she’s committed to in the years since. “I realized how serious the consequences could be of ignoring what my body and mind needed to be healthy,” she said.

Her goals today are simple: “to live a very healthy and balanced life.” At 52, she’s focusing more on “pro-living versus anti-aging,” a philosophy that is keeping her looking as youthful as ever.