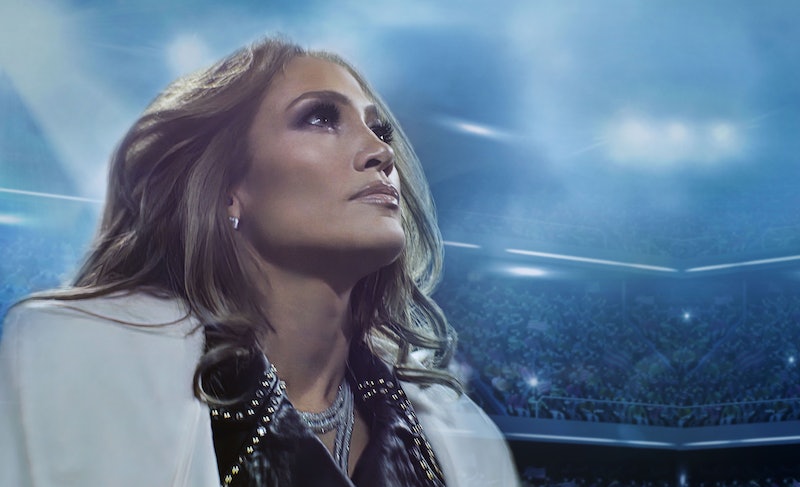 Jennifer Lopez is an indisputable icon. She’s starred in hit films, released music since 1999, had a Vegas residency, been a judge on American Idol, founded a skincare brand, is engaged again to her former fiancé Ben Affleck (long live Bennifer!), and literally received an Icon Award at a recent awards show. Now, this summer, Lopez is getting her own Netflix documentary titled HALFTIME.

The Netflix doc promises an “intimate” look into the “I’m Real” singer’s career and the “the grit and determination” that makes her, well, J.Lo. Netflix is home to several music documentaries — including Beyoncé’s Homecoming and Taylor Swift’s Miss Americana — so HALFTIME should fit right in at delivering dramatic never-before-seen moments. Here’s everything to know about Lopez’s Netflix documentary, which will be directed by Amanda Micheli and made by 25/7, MakeMake, and J.Lo’s Nuyorican Productions.

HALFTIME will premiere globally on Netflix on June 14 after its June 8 debut at the 2022 Tribeca Festival on June 8 at United Palace in Washington Heights.

On May 18, Lopez released the doc’s dramatic trailer.

There’s no question that Lopez is a captivating performer, and the in-depth documentary follows the artist through some of her most impressive stagings, from the 2020 Super Bowl Halftime show with Shakira to the recent Presidential inauguration, where she sang a rendition of “America the Beautiful” and “This Land is Your Land.” According to the logline, the documentary also “serves as the kickoff to the second half of Lopez's life, as she lays bare her evolution as a Latina, a mother, and an artist, taking agency in her career and using her voice for a greater purpose.” It will also focus on how she’s inspired fans “with her perseverance, creative brilliance, and cultural contributions.” When Lopez shared the Netflix doc poster on her Instagram page on April 13, she wrote, “It’s just the beginning.”

Who Else Will Be In HALFTIME?

While Lopez will be the star, reflecting on her evolution as an artist, you’ll also see her kids, Shakira at the halftime show, politicians during the inauguration, close friends, and her staff throughout the documentary. Just don’t expect a ton of Bennifer clips — Lopez was still engaged to Alex Rodriguez, her partner of five years, during the performances featured in the HALFTIME.

This post will be updated as more information about HALFTIME becomes available.

This article was originally published on April 13, 2022