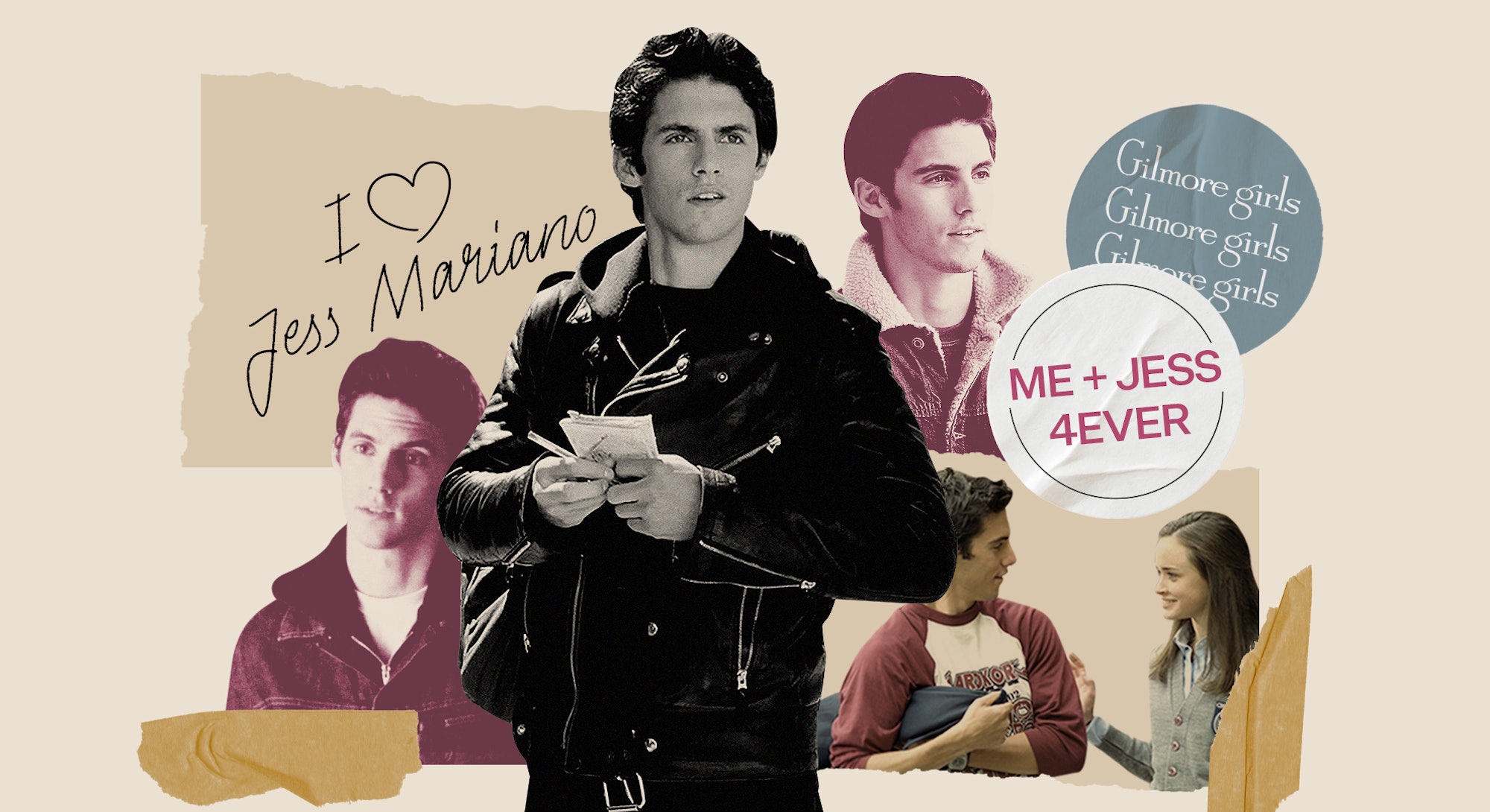 I’ve always been drawn to dark-haired, emotionally unavailable men. First there was the volatile guy with a troubled past who I was convinced was hiding a sensitive soul (he wasn’t). Then came the non-committal literary agent, followed by the equally guarded former MMA fighter, who I knew would be the first one to throw a punch at a party. After dating enough impenetrable brunettes (one of whom actually looked like Milo Ventimiglia circa 2002), I came to the only logical conclusion: Jess from Gilmore Girls ruined my dating life.

The first time I saw Jess Mariano, I was a naive middle schooler just looking for something to watch after I finished my homework. Then I turned on ABC Family, and a Gilmore Girls rerun changed my life forever: there was Jess, brooding around Stars Hollow in a leather jacket with a book and a scowl. I fell head over heels instantly. This unknowingly set off my pattern of dating guys who, in their own ways, subconsciously reminded me of Jess. And despite them all sharing his worst trait of being emotionally withdrawn, I haven't been able to let them go — even as a 28-year-old woman with a job, a bank account, and years of relationship experience to learn from.

I’ve half-joked with my therapist for years that as my first love — OK, fictional crush — Jess doomed my romantic future. But experts on adolescent sexuality now confirm it. "Adolescence is a key time for exploring and entering romantic and sexual relationships, as well as for the development of one's own identity, and therefore this is a particularly important period for pop culture and other media influences," says Erica Scharrer, Ph.D., Professor and Chair of the Department of Communication at University of Massachusetts, Amherst. A 2018 University of Michigan study on how adult women view their childhood celebrity crushes in comparison to their current relationships backs this up. Early romantic connections to celebrities were formative for the women surveyed, “socializing them, perhaps unrealistically, about what to expect from romance and sex."

For me, that’s meant seeing my partners’ issues as problems I can solve if I just love them hard enough, and settling for much less in return while I wait for them to grow. This is also Jess’ fault: though he begins Gilmore Girls lost, evasive, and sometimes hurtful, by the end of the series he’s communicative, fulfilled, and seemingly ready to be in a healthy and stable relationship with Rory. Unfortunately for me — and anyone else who crushed on characters like My So-Called Life’s Jordan Catalano, Veronica Mars’ Logan Echolls, Boy Meets World’s Shawn Hunter, and The O.C.’s Ryan Atwood — it’s Jess’ earlier qualities that make him so appealing.

"Jess is a classic bad boy — he's complicated, troubled, inconsistent, interesting, and desperately afraid of messing everything up, which he inevitably does," says psychotherapist Leslie C. Bell, PhD, LCSW. "There's certainly the trope of the man in need of a good woman's love in order to heal him — there's some appeal in that. But mainly I think it's a little bit exciting for someone who is [as] rule-abiding as Rory to flirt a bit with a darker side of reality."

As someone who identified with the book-loving, people-pleasing Rory, it makes perfect sense that I fell for the same type of guy as her. We’re both ambitious and motivated women who seek to be challenged, whether in school or our careers. Why wouldn’t that extend to our romantic lives?

This desire to make the bad boy “good” is also one of the few challenges young women are shown undertaking in pop culture and media, which is another reason I may have been drawn to Jess, explains Dr. Emerald Christopher-Byrd, Assistant Professor of Women and Gender Studies at the University of Delaware. Though Christopher-Byrd assures me that my attraction to men like Jess isn't inherently bad, it comes with the "inevitable outcome of the person never changing." There’s no guarantee that if I persevere long enough, my partner will show up at my apartment to credit me with the publication of their novel or beg me to run away with them. Gilmore Girls creator Amy Sherman-Palladino is, sadly, not the screenwriter of my life.

One challenge I can start to tackle, however, is my own dating patterns. Jess will always be my first love — and I’ll still absolutely never date a Logan Huntzberger — but with the validation that Jess is in fact partly to blame for my self-sabotaging habits, I can start to judge the men I date by who they are right now, not who they may or may not become based on their similarities to a fictional ideal I’ve held onto for 15 years.

That being said, if you own a leather jacket and currently have something by Jack Kerouac tucked into the back pocket of your jeans, my DMs are open.