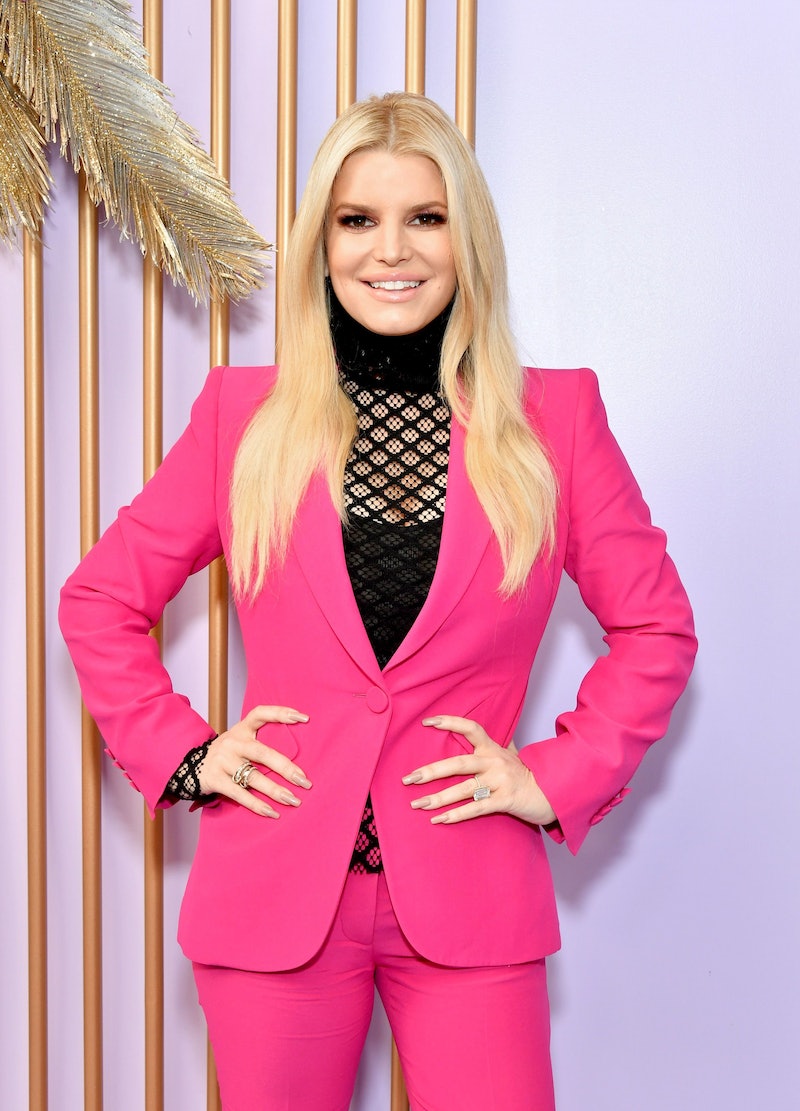 From the very first episode of MTV's Newlyweds in 2003, Jessica Simpson rightfully earned her place in the reality TV hall of fame with the now-iconic question: "Is this chicken, what I have, or this fish?" Still embracing the endearing gaffe nearly two decades later, Simpson hilariously revisited her Chicken of the Sea moment while responding to a Jan. 29 news story about a lawsuit that contends Subway's tuna sandwiches don't contain any, well, tuna. "It's OK @SUBWAY. It IS confusing," the Open Book author tweeted in lighthearted support of the sandwich chain. (For the record, Subway denies the claims, saying it "delivers 100% cooked tuna to its restaurants," per a statement to People.)

For those who somehow missed the oft-referenced pop culture moment, Simpson was eating tuna from the brand Chicken of the Sea in the Newlyweds scene when her confusion began. After asking then-husband Nick Lachey about the composition of her snack, she continued, "I know it's tuna, but it says chicken... by the sea. Is that stupid?" Winning over audiences with that one small moment, the musician leaned into the persona over the course of the reality show's three seasons while questioning everything from whether buffalo actually have wings to the pronunciation of platypus.

Of course, this isn't the first time she's had fun with the line that instantly catapulted her to reality TV fame. The fashion mogul shared a meme showing a chicken floating in the ocean that read, "Maybe Jessica Simpson was on to something?" in 2016, adding the hashtag "#ChickenOfTheSea."

The following year, Simpson also playfully sympathized with another major corporation when Whole Foods had to recall more than 440 pounds of buffalo chicken salad after employees discovered that it contained tuna, a known allergen. "It happens to the best of us @WholeFoods," she tweeted in July 2017, along with a screenshot of the headline: "Whole Foods Discovered Its Chicken Salad Actually Had Tuna."

Even after all these years, Simpson is still in on the joke.

More like this
The Jonas Brothers' New Album Has A Very Meta Name
By Alyssa Lapid
Ashton Kutcher Wants Danny Masterson “To Be Found Innocent” In Rape Retrial
By Jake Viswanath
Cruz Beckham Teased New Music With An Adorable Nod To Mom Victoria Beckham
By Stephanie Topacio Long
Hilary Duff Is “Optimistic” About A 'Lizzie McGuire' Reboot
By Alyssa Lapid
Get Even More From Bustle — Sign Up For The Newsletter
From hair trends to relationship advice, our daily newsletter has everything you need to sound like a person who’s on TikTok, even if you aren’t.