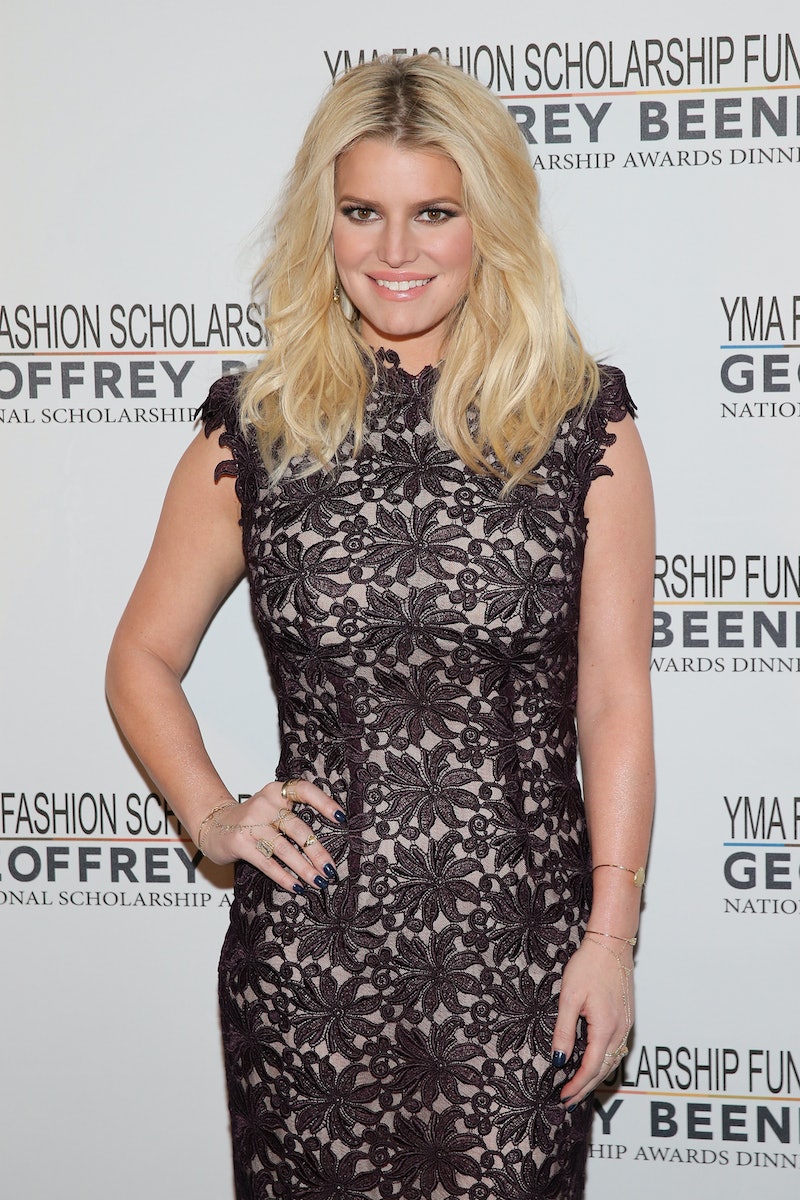 The year was 2003. Trucker hats were a fashion statement, everyone was talking about the final The Lord of the Rings film, and Jessica Simpson asked a now age-old question: "Is this chicken, what I have, or is this fish?" Now, 14 years later, Simpson just made the best Chicken of the Sea joke ever. It's so good, it could be the definitive joke on the subject.

As anyone who was alive and paying attention to pop culture happenings in the '00s will remember, Simpson and her ex-husband Nick Lachey had an MTV reality show called Newlyweds: Nick & Jessica. The show itself was fairly unremarkable in a TV environment saturated with reality programs, but then in one episode the pop star sat down with a can of Chicken of the Sea and made history. What followed was an exchange that was surreal and hilarious, as Simpson wondered why the brand would write chicken on the can if it was tuna. The moment is now iconic, and 14 years later, the fashion mogul has no problem poking fun at herself.

In a Twitter post on Sunday, Simpson shared a photo of a headline from Time that reads, "Whole Foods Discovered Its Chicken Salad Actually Had Tuna." Now, for people with an allergy to tuna, this is no laughing matter. The product in question has been recalled though, and the 36-year-old star took the opportunity to slyly make fun of her younger self's food musings.

Simpson captioned the photo: "It happens to the best of us @wholefoods."

In the words of Instagram commenter Shelabes, "This is the greatest post of all time." Simpson's self-awareness and ability to toss out an impeccably-timed joke should be celebrated. Here's a celebrity who is happy to make fun of her past foibles by making a truly on-point crack at her own expense. The post is so simple, and yet so brilliant.

For anyone who came of age in the '00s, when the scene was practically ubiquitous, this truly is a beautiful moment. Funnily enough, this isn't the first time Simpson has reminded the world of her tuna versus chicken confusion. As E! points out, she also joked about the incident last November on Twitter when she posted a photo of a chicken happily swimming in the ocean.

Face it, no one will ever make better Chicken of the Sea jokes than the one and only Simpson.