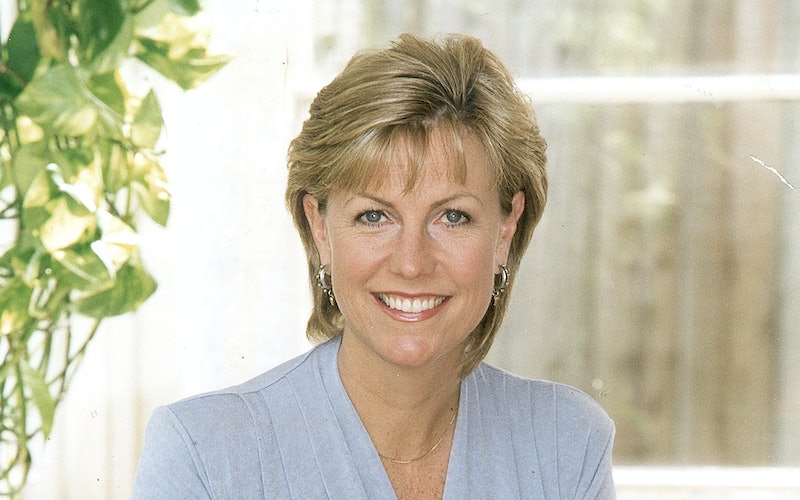 In April 1999, the beloved TV presenter Jill Dando was shot dead outside of her West London home. Dando’s murder became one of the most notorious criminal investigations in British history and remains an unsolved mystery to this day. Now, more than 20 years later, the case that shook Britain is the subject of a forthcoming Netflix docuseries that will explore the life and career of Dando, and dissect the complex investigation sparked by her tragic death. Find everything you need to know about Netflix’s Jill Dando documentary, below.

Using archive footage, interviews, and brand new research, the true crime doc will cover the life and death of TV presenter Jill Dando, who was fatally shot outside her London home on the morning of April 26, 1999. As per Vairety, Dando was well known for her work on BBC’s Brekafast Time, Breakfast News, the travel series Holiday, and, perhaps most notably, on the long-running crime appeal series Crimewatch.

In the wake of her tragic murder, the Metropolitan Police embarked on one of their biggest-ever investigations that led to the arrest, conviction, and imprisonment of a suspect. However, they were later acquitted following a retrial and Dando’s murder remains unsolved.

The forthcoming documentary won’t be the first time the case of Jill Dando has been explored in recent years. In 2019, the BBC aired The Murder of Jill Dando to mark the 20th anniversary of her death, while ITV also commissioned Jill Dando: The 20 Year Mystery.

Netflix have not confirmed an official release date. However, the yet-to-be-titled docuseries is scheduled to debut sometime in 2023.

More like this
Helena Bonham Carter Doesn't Think 'The Crown' “Should Carry On"
By Sam Ramsden
Everything To Know About The 'Daisy Jones & The Six' TV Series
By Maxine Harrison and Brad Witter
Yes, 'The Price Of Glee' Is Available To Watch In The UK
By Catharina Cheung
Twitter Has Renamed Ekin-Su After *That* 'Dancing On Ice' Performance
By Sophie McEvoy
Get The Very Best Of Bustle/UK
Sign up for Bustle UK's twice-weekly newsletter, featuring the latest must-watch TV, moving personal stories, and expert advice on the hottest viral buys.