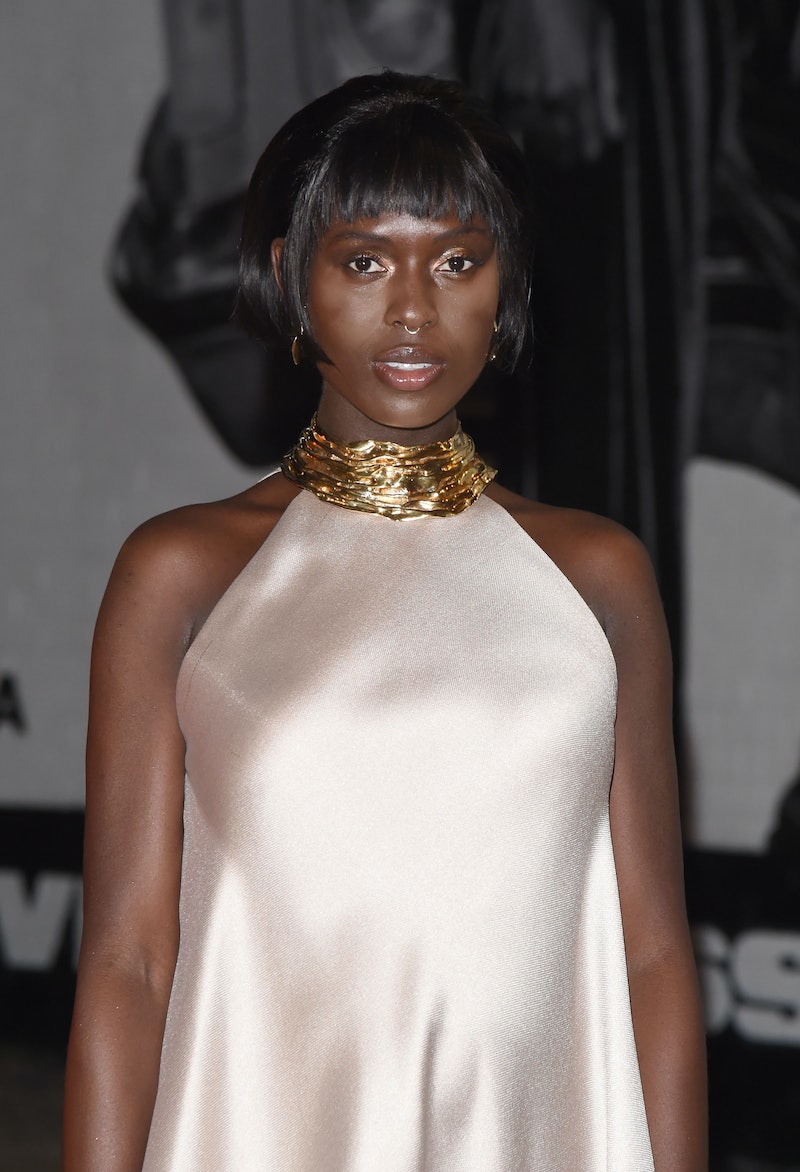 It's been announced that Queen & Slim actor Jodie Turner Smith will be joining the cast of The Witcher. The six-part show will be called Blood Origin and will act as a prequel to the first series. Although no dates are confirmed yet, it is likely to air on Netflix sometime in 2022.

Turner-Smith will be playing Élie, an elite warrior "blessed with the voice of a goddess." We follow Élie as she leaves her clan, where she served as the Queen’s guardian, to follow her dreams of being a nomadic musician. She will star alongside Aquaman's Jason Momoa, who takes on the lead role in Blood Origin.

In a short synopsis on the series, Netflix said, “1,200 years before Geralt of Rivia, the worlds of monsters, men and elves merged into one, and the first Witcher came to be.” Blood Origin is set before the events of The Witcher, focusing on the creation of the first prototype Witcher and the events that led to the “conjunction of the spheres, when the worlds of monsters, men and elves merge.”

Turner-Smith rose to fame for her role in the 2019 romantic drama Queen & Slim alongside Daniel Kaluuya. Originally starting her career as a model, the 34-year-old star has also appeared in action series The Last Ship and thriller series Jett. Turner-Smith is also set to play Anne Boleyn in a mini-series coming to Channel 5.

The Witcher is a Polish-American fantasy based on a series of books by Andrzej Sapkowski. Netflix also has an animated spin-off film, The Witcher: Nightmare Of The Wolf, which focuses on the origin story of Geralt's mentor Vesemir.

Screenwriter Declan de Barra said in a statement: “As a lifelong fan of fantasy, I am beyond excited to tell the story The Witcher: Blood Origin,” he continued. “A question has been burning in my mind ever since I first read The Witcher books: What was the Elven world really like before the cataclysmic arrival of the humans?”

More like this
Everything To Know About The 'Daisy Jones & The Six' TV Series
By Maxine Harrison and Brad Witter
The Song At The End Of 'The Last Of Us' Ep 1 Has A Deeper Meaning
By Sophie McEvoy
Parminder Nagra Definitely Relates To Her 'Maternal' Character
By Maxine Harrison
Yes, 'The Price Of Glee' Is Available To Watch In The UK
By Catharina Cheung
Get The Very Best Of Bustle/UK
Sign up for Bustle UK's twice-weekly newsletter, featuring the latest must-watch TV, moving personal stories, and expert advice on the hottest viral buys.