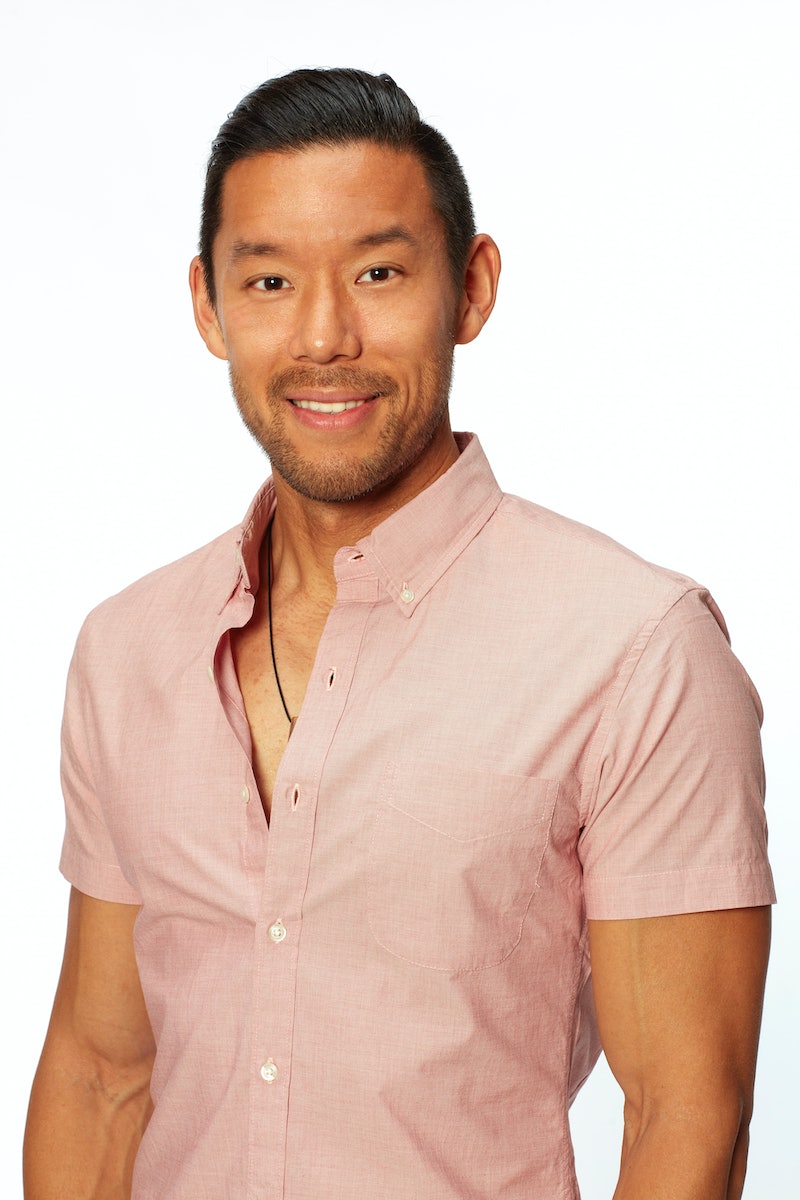 Now that the Clare Crawley's journey to find love is finally set to premiere, it's time to turn our attention to the men of the season. Meet Joe Park from The Bachelorette, a 36-year-old anesthesiologist from New York City. That's right, he's a doctor — a welcome departure from some of the more dubiously employed Bachelor contestants of years' past. Will this medical professional find love in the Bachelorette's Palm Springs resort? Rumor has it, no, but you never know what could happen on the most dramatic season ever.

There's been much speculation about the fate of Clare's season; specifically, the rumors the 39-year old hairstylist fell in love with contestant Dale Moss in quarantine, and refused to continue filming out of respect for the other suitors. However, ABC has not confirmed these reports, nor has the network commented on whether or not franchise favorite Tayshia Adams will be taking over as Bachelorette. Either way, Joe seems like final rose material, assuming there's a final rose ceremony at all.

Who Is Joe From The Bachelorette?

As previously noted, Dr. Joe is an anesthesiologist from New York City, who spent "most of 2020 fighting coronavirus on the front lines in New York City" and is a COVID-19 survivor, according to his official cast profile. During his time spent at ground zero of the coronavirus in the U.S., he apparently saw "more tragedy this year than throughout his entire career" and realized that he's "done wasting time." He's serious about finding love, settling down, and committing to start a family.

Though unverified, according to Marie Claire, Joe can be found on Instagram @joesephparkmd. He hasn't posted on the profile since July of 2019, and it doesn't look like he was all that big into Instagram before he took a year-plus break. His handful of posts, however, do reveal that he is an avid surfer who isn't afraid of a group Halloween costume.

What Are Joe's Hobbies?

Joe is big into outdoor sports, including surfing and triathlons. The doctor is hoping to find someone who shares his love for physical recreation. According to his Bachelorette profile, he's looking for a partner who is "physically fit and passionate about maintaining a healthy lifestyle."

What Else Is There to Know About Joe?

Joe shared several fun facts in his Bachelorette profile for ABC, including that his favorite childhood game is Scrabble, the best trip he ever took was a 10-week solo trip to Central America, and he once was voted Top 20 Most Eligible Doctors and Medical Professionals in New York City.

Will Joe Find Love on The Bachelorette?

Bachelor host Chris Harrison revealed during the "Meet the Men of Season 16" preview that Joe finds himself, "up against some big obstacles" but that he, "isn't afraid to fight." It's tough to know where Joe stands at the end of the season given the potential shakeups and twists, but it sounds like he won't be afraid to put himself right in the middle of all the action.

More like this
Erich & Gabby Explained Their 'Bachelorette' Breakup, & "Were Not Each Other's People"
By Kadin Burnett and Grace Wehniainen
BBC’s Gladiators Reboot Is Staying Close To The Original ‘90s Phenomenon
By Sophie McEvoy
Everything To Know About Danna Bui-Negrete From 'RHOSLC'
By Jake Viswanath
These 'Bachelor In Paradise' Reunion Leaks Tease A Very Messy Finale & Surprise Guest
By Grace Wehniainen
Get Even More From Bustle — Sign Up For The Newsletter