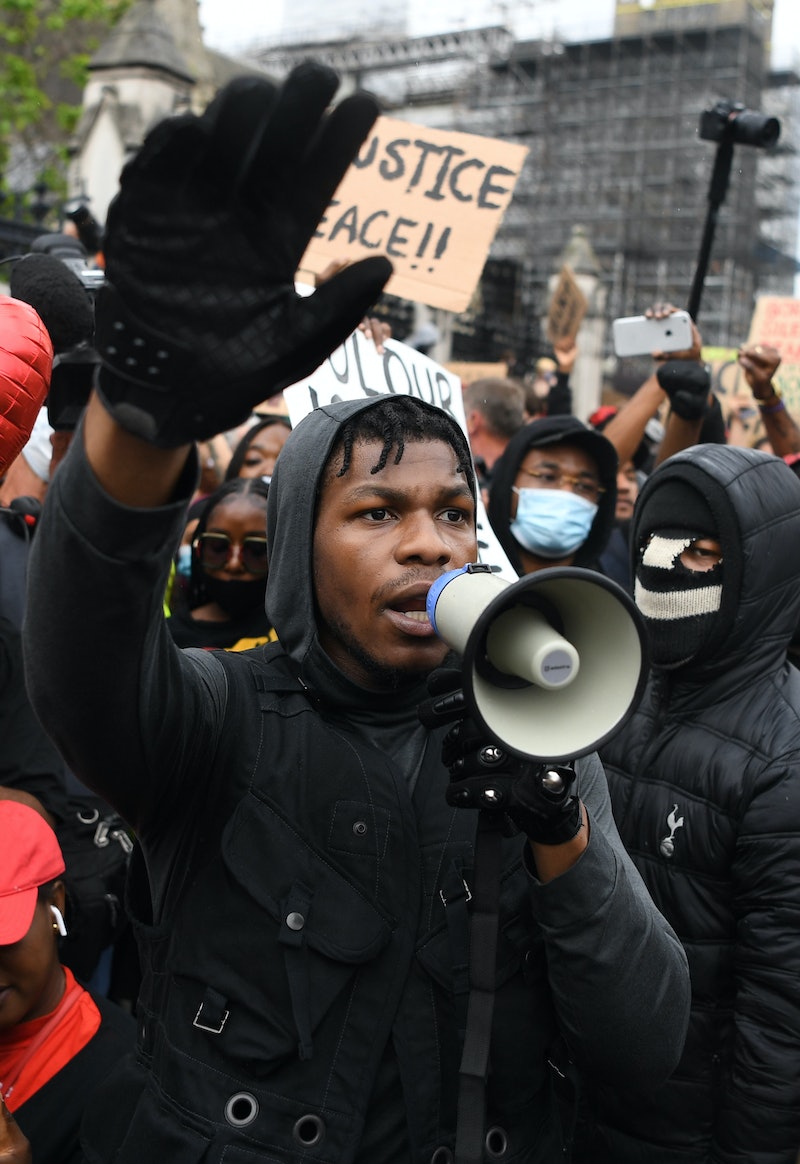 During his Black Lives Matter speech in June, John Boyega made a powerful address to the crowd. "I'm speaking to you from my heart," he told hundreds of people gathered in in Hyde Park. "I don't know if I'm going to have a career after this, but f**k that."

In a recent interview with Radio Times via the Guardian, he was asked if in that moment he was "genuinely worried" about his career. Boyega replied, "Absolutely, I still have those thoughts," before going on to explain that being in big franchises doesn't guarantee success. "I understand, looking from the outside in, it might seem like 'oh, you've been in this and you've been in that.' But how many actors do you know who have been in big franchises? It doesn't necessarily mean that you're going to have stability for the rest of your life."

He continued: "If I don't get cast because people or casting directors feel like it's too much friction for what they're trying to do... it is what it is."

In the interview, he outlined that what's really important to him is sharing and highlighting Black history through his work, something which he's been able to do in his latest role in Red, White and Blue. The drama is part of Sir Steve McQueen's Small Axe series of five short films, which will air weekly on BBC One from mid-November. Boyega told the Radio Times that working with McQueen on the series was like "therapy".

In Red, White and Blue, which is based on a true story, Boyega plays Leroy Logan, a Black officer who joined the Metropolitan Police in the 1980s after witnessing two police officers assault his father in front of him — something the actor has also experienced.

"I've been stopped and searched. And my dad, who was a Pentecostal minister, got stopped on the way back from church," Boyega told Radio Times. "Everybody knows, especially if you grew up in Peckham, somebody who's gone through the darkest scenarios with the police."

The first film in the Small Axe anthology is Mangrove starring Letitia Wright, set to air on Nov. 15 on BBC One and BBC iPlayer. "So much gets lost within our Black British history and it's important that a beautiful light is shone on these stories," Wright told Radio Times, per BBC. "It's wonderful how everyone's going out of their way to make this happen — the BBC is moving the 10 p.m. News for us."