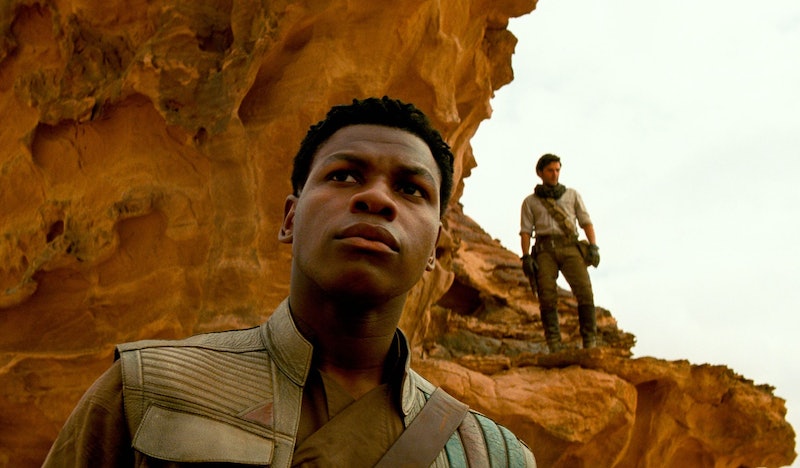 John Boyega has revealed that comments he made back in September to GQ about the treatment he received while working on Star Wars has led to some "very honest" conversations between him and Disney executives.

During his GQ interview, Boyega highlighted a number of issues he faced as one of the few non-white actors to star in the franchise. "You get yourself involved in projects and you're not necessarily going to like everything," the actor told the publication at the time. "[But] what I would say to Disney is, 'Do not bring out a Black character, market them to be much more important in the franchise than they are and then have them pushed to the side.' It's not good. I'll say it straight up."

He added: "Like, you guys knew what to do with Daisy Ridley, you knew what to do with Adam Driver. You knew what to do with these other people, but when it came to Kelly Marie Tran, when it came to John Boyega, you know f*ck all. So what do you want me to say? What they want you to say is, ‘I enjoyed being a part of it. It was a great experience...’ Nah, nah, nah. I’ll take that deal when it’s a great experience. They gave all the nuance to Adam Driver, all the nuance to Daisy Ridley. Let’s be honest. Daisy knows this. Adam knows this. Everybody knows. I’m not exposing anything."

Speaking to the Hollywood Reporter in an interview published yesterday (Nov. 2), Boyega explained the impact his GQ feature had, revealing that he was contacted by a Disney executive shortly after his comments were published. "It was a very honest, a very transparent conversation," he recalled. "There was a lot of explaining on their end in terms of the way they saw things. They gave me a chance also to explain what my experience was like."

Commenting on his latest project, series creator and director McQueen told the BBC that he "felt these stories needed to be shared."

He continued: "I wanted to re-live, re-evaluate and investigate the journeys that my parents and the first generation of West Indians went on to deliver me here today calling myself a Black British person. What’s important about our stories is that they are local but at the same time global. I think audiences will identify with the trials, tribulations and joy of our characters as well as reflecting on the present environment in which we find ourselves."