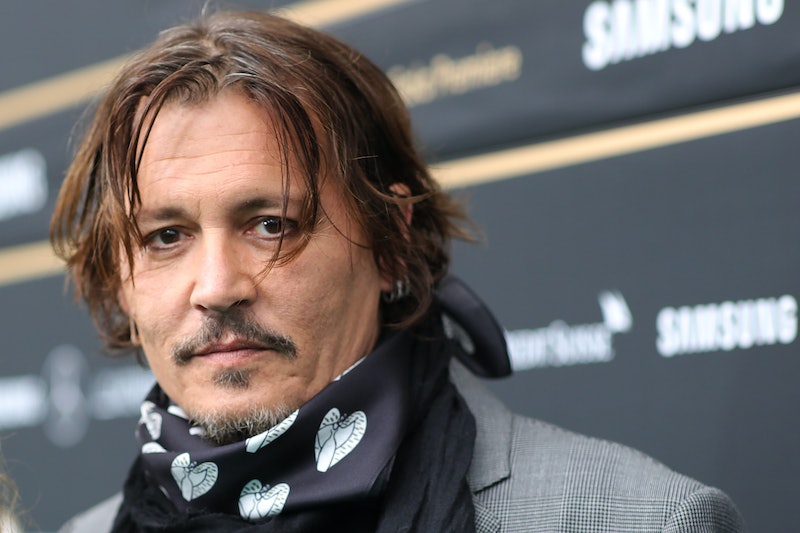 Johnny Depp claims he’s being boycotted by Hollywood. During an interview with The Sunday Times — the actor’s first since losing his libel case last year — he said that it’s been a “surreal five years” since he was accused of abuse by ex-wife Amber Heard. The actor lost the case in November 2020 when a judge ruled that a 2018 article from The Sun that depicted him as a “wife-beater” was “substantially true.” Depp tried to overturn the ruling but was denied an appeal in March.

Depp also filed a $50 million defamation suit against Heard, which stemmed from her 2018 Washington Post op-ed about domestic abuse. The case is scheduled to go to court next April, and although the 58-year-old actor didn’t mention the case or Heard in the interview, he did say that the fallout from the allegations has proven the “absurdity of media mathematics.” His latest film, Minamata, was put on hold as a result of the accusations, and he was also forced to leave Warner Bros.’ Fantastic Beasts franchise after losing the libel case late last year.

According to Depp, he “looked those people in the eyeballs and promised we would not be exploitative. That the film would be respectful.” In Minamata, he stars as W Eugene Smith, a photojournalist who travels back to Japan in the 1970s to document the devastating impact of mercury poisoning on coastal populations. “Some films touch people and this affects those in Minamata and people who experience similar things,” he said. “And for anything … for Hollywood’s boycott of me? One man, one actor in an unpleasant and messy situation, over the last number of years?”

The actor acknowledged that compared to other people’s struggles this past year, especially pertaining to COVID-19, his problems are like “getting scratched by a kitten.” “Whatever I’ve gone through, I’ve gone through,” he said. “But, ultimately, this particular arena of my life has been so absurd.” And while the allegations have certainly taken a toll on his career, Depp told the outlet that he’s “moving towards where I need to go to make all that … to bring things to light.”

Through it all, the Charlie and the Chocolate Factory actor continues to have support. Last week, the San Sebastian film festival announced that it would give Depp the Donostia Award, its lifetime achievement honor. A day later, the Karlovy Vary International Film Festival said it would “recognize and pay tribute to the acclaimed actor’s extensive career and lasting legacy on the film industry globally.” But it’s not just a few European film festivals sticking by his side; it’s longtime fans, too.

“They have always been my employers. They are all our employers. They buy tickets, merchandise. They made all of those studios rich, but they forgot that a long time ago. I certainly haven’t,” Depp said. “I’m proud of these people, because of what they are trying to say, which is the truth. The truth they’re trying to get out since it doesn’t in more mainstream publications. It’s a long road that sometimes gets clunky. Sometimes just plain stupid. But they stayed on the ride with me and it’s for them I will fight. Always, to the end. Whatever it may be.”

More like this
A New Portrait Shows King Charles With William & Kate Before The Queen’s Funeral
By Stephanie Topacio Long
Who Is Nick Cannon Dating & How Many Kids Does He Have?
By Jordyn Tilchen and Radhika Menon
Khloé Kardashian Is Reportedly Dating A Private Equity Investor She Met Through Kim
By Jordyn Tilchen and Jake Viswanath
Twitter Has So Many Thoughts About ‘Don’t Worry Darling’ After Its Release
By Stephanie Topacio Long
Get Even More From Bustle — Sign Up For The Newsletter