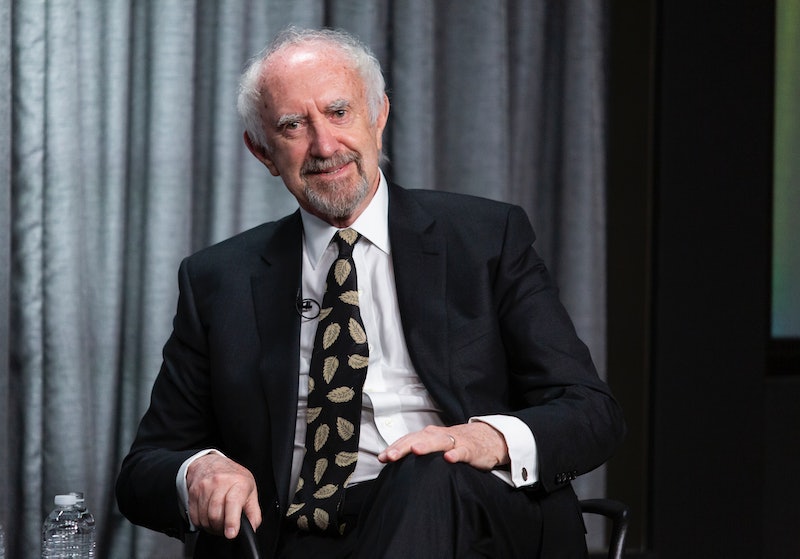 As is customary with each decade The Crown portrays, its actors will soon be changing again. Olivia Coleman and Tobias Menzies will play the heads of the royal family for the last time in season four, before the Queen's reign moves on into the early '90s in the fifth and sixth series. Imelda Staunton is set to take over Coleman's role as Her Majesty in the next instalment, and will now be joined by Johnathan Pryce as Prince Philip.

Pryce has a pretty extensive list of acting credits, but you'll most likely recognise him from his roles in Game of Thrones, in which he played the role of the High Sparrow, and The Two Popes, as Pope Francis, opposite Anthony Hopkins' Pope Benedict. He's also starred in numerous Hollywood blockbusters, including Tomorrow Never Dies (as Bond villain Elliot Carver), Pirates of the Caribbean (as Governor Weatherby Swan), and Evita (as Madonna's husband Juan Perón).

The actor is the third to play the Duke of Edinburgh in the popular Netflix series, which began with Matt Smith and is currently being filled by Menzies. The series uses two seasons to cover a decade, meaning that Pryce will be playing Philip through the '90s into the early '00s. And now that it's confirmed The Crown won't be ending after season five after all, Pryce has the opportunity to make the role his own, as Smith and Menzies did before him.

Pryce will be joining Staunton and Lesley Manville in the fifth series, with Manville taking over the role of Princess Margaret from Helena Bonham Carter. Currently, there's no word on the rest of the cast. But with the fourth series expected to be released later this year, you can expect further announcements to come soon.