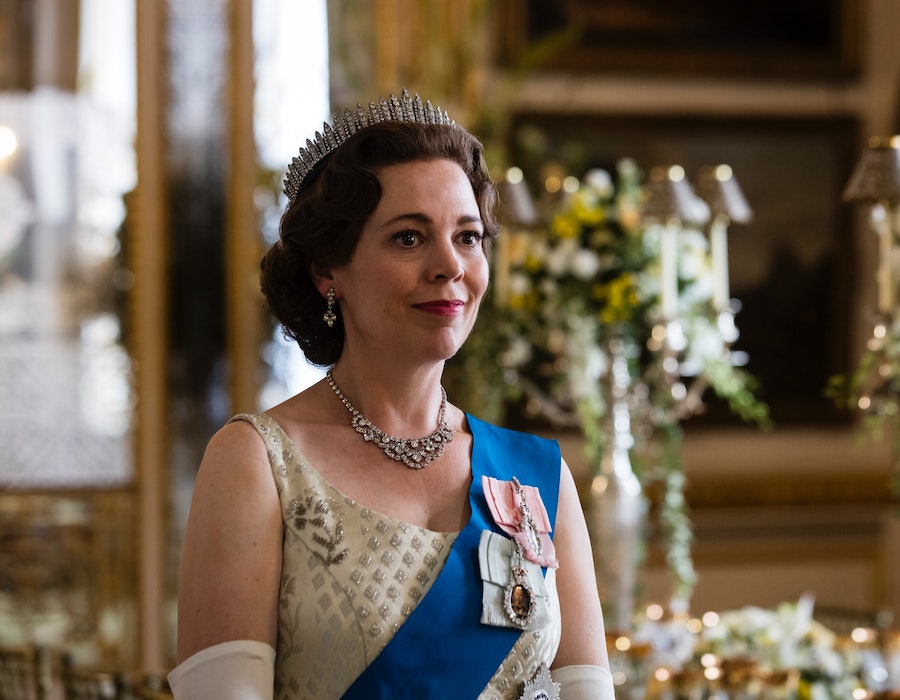 Just six months after announcing Queen Elizabeth's (on-screen) reign would end early with Season 5, series creator Peter Morgan revealed The Crown will return for Season 6 after all, as reported by Deadline. This marks a return to Morgan's original plan for the series, which included two seasons devoted to three pivotal periods in the monarch's long reign as Queen of England. It also means that Imelda Staunton, who will take over the role of Elizabeth from Olivia Colman in Season 5, will have two seasons to make the role her own, just like her predecessors Colman and Claire Foy.

In a statement shared by Deadline, Morgan said that there was simply too much material to be covered in Season 5 to give the series a satisfactory ending, which led to his change of heart. "As we started to discuss the storylines for Series 5, it soon became clear that in order to do justice to the richness and complexity of the story we should go back to the original plan and do six seasons," his statement read. "To be clear, Series 6 will not bring us any closer to present-day — it will simply enable us to cover the same period in greater detail."

The Crown Seasons 5 and 6 will likely chronicle a particularly tumultuous period in the Queen's reign: the '90s through the early '00s. This period was marked by three of her children's divorces, the deaths of Princess Diana, Princess Margaret, and the Queen Mother, and a fire at Windsor Castle. Morgan previously covered a portion of this era in his 2006 film The Queen starring Helen Mirren, but with two seasons of The Crown devoted to the decade, he'll now have the opportunity to examine the period with a wider lens.

One thing that viewers shouldn't expect from the additional season is any mention of Meghan Markle, the recent exit of Prince Harry and Meghan as senior members of the royal family, or Prince Andrew's alleged involvement in the Jeffrey Epstein scandal. Season 6 won't bring The Crown through to the present day; instead, it will wrap up the story by delving into an era of Queen Elizabeth's reign that was marked by personal losses and an ever-changing society in which the relevancy of the monarchy became more questionable by the month. It's a powerful era to end on, but thankfully, viewers have three seasons of royal drama still to savor as the series winds down.

Netflix and Morgan were able to wrap Season 4 of The Crown — the last season starring Colman, Tobias Menzies, and Helena Bonham Carter — before the coronavirus pandemic shutdown productions across the globe. Season 4, which stars Gillian Anderson as Britian's first female Prime Minister Margaret Thatcher, is expected to premiere on the streaming service later this year. There's no word yet on when Season 5 will begin filming, but it was recently announced that Lesley Manville will join the cast as Princess Margaret.

With plans to end the series early now cast aside in favor of extending Queen Elizabeth's fictional reign by another season, there's no longer any need to fear that the Netflix show will end abruptly or that Staunton won't have time to delve into the Queen's later years with the same amount of care as her predecessors. While Season 6 truly will be the show's last, there's now plenty of royal intrigue still to look forward to thanks to Morgan's change of heart.

More like this
Helena Bonham Carter Doesn't Think 'The Crown' “Should Carry On"
By Sam Ramsden
Netflix Shut Down 'Bridgerton' S3 Rumours About A “Very Dark” Storyline
By Bustle
'The Queen’s Gambit' Season 2 Tweet Wasn’t From Anya Taylor-Joy
By Mary Kate McGrath, Jack Irvin and Grace Wehniainen
Twitter Is Burning As Phoebe Dynevor Reveals Daphne’s 'Bridgerton' Exit
By Sophie McEvoy
Get Even More From Bustle — Sign Up For The Newsletter
From hair trends to relationship advice, our daily newsletter has everything you need to sound like a person who’s on TikTok, even if you aren’t.