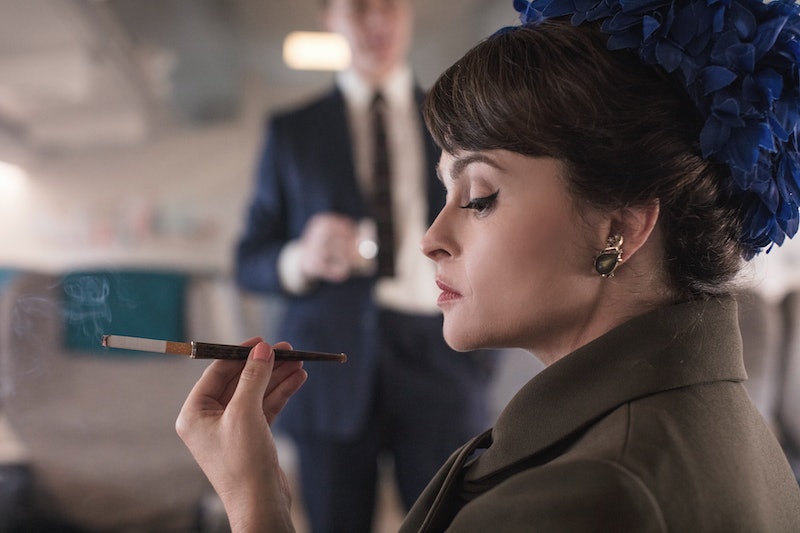 A new Princess Margaret has been crowned. Lesley Manville will play Princess Margaret in The Crown's fifth and final season. Netflix's original drama announced the news on July 2, along with a statement from Manville. And the Oscar-nominated actor is thrilled to be joining the series about the British royal family.

"I could not be happier to be playing Princess Margaret. The baton is being passed on from two formidable actresses and I really don't want to let the side down," Manville said in her statement posted on Twitter, giving a nod to actors Vanessa Kirby and Helena Bonham Carter, who played Margaret in previous seasons. Kirby played a younger Margaret in Seasons 1 and 2 that spanned the years of 1947 through 1964. Bonham Carter took on the role for Seasons 3 and 4, which showed her as an older Margaret throughout the '60s and '80s.

Manville, whose impressive resume includes both Maleficent films and Phantom Thread, which earned her an Academy Award nomination for Best Supporting Actress, also noted that she was happy to join the new cast. "Furthermore, to play siblings with my dear friend Imelda Staunton will be nothing short of a complete joy," she added. At the end of January, it was confirmed that Harry Potter's Staunton would be playing Queen Elizabeth II in Season 5.

An exact time period hasn't been announced for Season 5 yet, but typically each season spans a decade. So, it seems likely that Manville will play Margaret in the '90s and into the early 2000s. In fact, creator Peter Morgan confirmed as much in an interview with Variety. Celebrating Staunton's casting, he said that the actor would be "taking The Crown into the 21st Century."

Meanwhile, fans will still get one more season of Bonham Carter's Princess Margarett. So far, viewers have only seen her as Margaret in the third season. Season 4 reportedly wrapped filming in March, but a release date hasn't been announced yet.

More like this
Twitter Is Burning As Phoebe Dynevor Reveals Daphne’s 'Bridgerton' Exit
By Sophie McEvoy
Helena Bonham Carter Doesn't Think 'The Crown' “Should Carry On"
By Sam Ramsden
'The Crown' Season 6 Has Suspended Filming "Out Of Respect" For The Queen's Death
By Bustle Staff
Yes, 'The Price Of Glee' Is Available To Watch In The UK
By Catharina Cheung
Get Even More From Bustle — Sign Up For The Newsletter
From hair trends to relationship advice, our daily newsletter has everything you need to sound like a person who’s on TikTok, even if you aren’t.