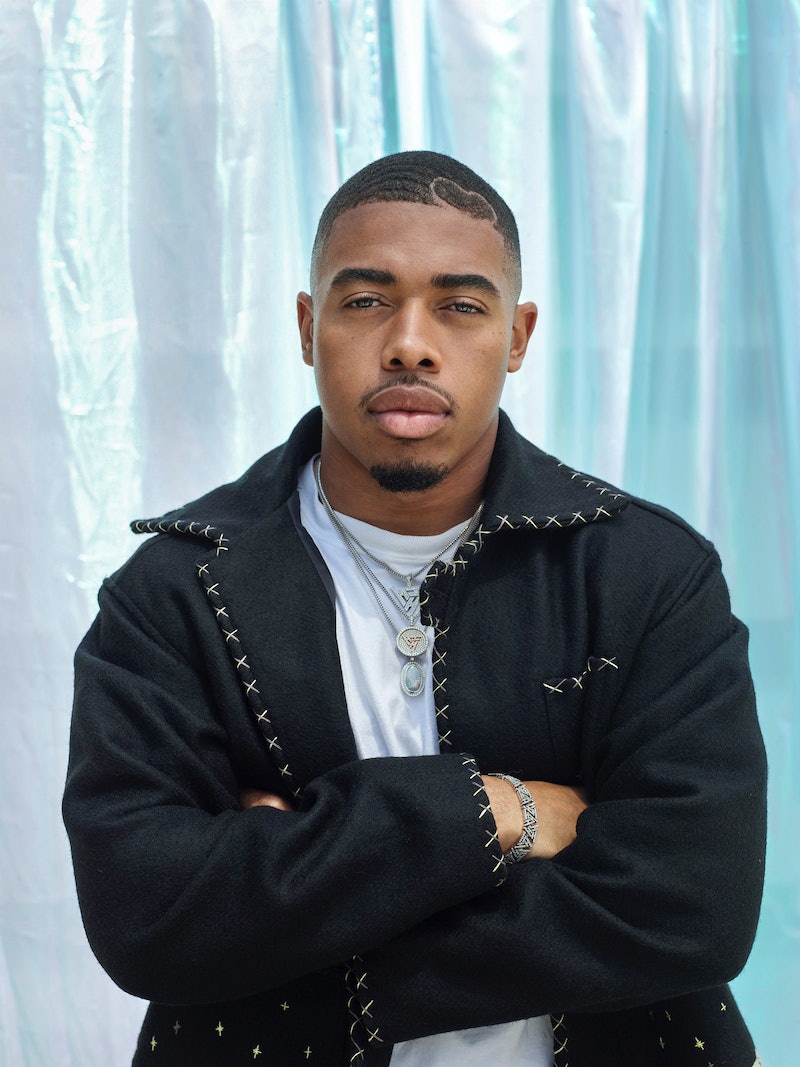 Issa Rae is diving into reality TV with HBO Max’s Sweet Life: Los Angeles. Premiering on Aug. 19, the show follows a group of ambitious Black creatives who are all pursuing professional and personal success in South L.A. Among them is 24-year-old Jordan Bentley, the founder and CEO of a streetwear brand. “Went from buying billboards to being on billboards!” Jordan wrote on Instagram ahead of the show’s premiere. Here’s everything else to know about the young entrepreneur.

Jordan is the owner of Hypland, which has collaborated with manga publishing company Viz Media to produce clothing for shows like Naruto and Bleach. He also created a clothing line for Netflix’s Yasuke show and recently released a Hello Kitty line.

As Jordan explained in a Netflix video about the Yasuke collaboration, he found comfort in anime growing up. “For me, anime was like this big bonding moment for me and my friends,” he said. “Some of my good friends played sports but we’d always come back to that anime thing. It was almost like a safe place for us. Our love for anime was like our escape almost from reality.”

In the same video, he explained that growing up in L.A. helped him discover the clothing industry early on. He learned about streetwear when he was in the sixth grade. In eighth grade, he got a silkscreen machine for Christmas, and “from there, I grew up doing art and began printing my own t-shirts in my mom’s living room.” Hypland was founded around 2010, and Jordan said he didn’t begin mixing in anime into the clothing line until 2014. He explained that blending different cultures was a “big part of the brand’s first design aesthetic,” and he was drawn to mixing in anime because it’s a genre that “attracts people of all cultures.”

“I feel like my goal with every collaboration is to have people check out the [anime] show,” he added. “For me, I’m more fulfilled when you take it upon yourself to learn more about the genre and the show as a result.”

Jordan often posts his clothing designs on his Instagram, though Hypland has a separate Instagram account too. He also uses his page to promote the events he’s planned (like a Hello Kitty carnival), share photos of the company’s new warehouse, and showcase his comic convention booths (pre-pandemic, anyway). There’s even a humorous clip from the time Jordan and his friends competed on Netflix’s Floor Is Lava — yes, really.

In his Sweet Life bio, Jordan notes that he wants to show young people how to pursue their own dreams and even turn their hobbies into businesses. In an Instagram post after his 2018 graduation from UC Irvine, he wrote that “running a business and finishing college is probably the hardest thing [he’s] ever done,” but that for him it was all about “finding a balance and staying in the game.”

“There have been several days and nights where I felt like quitting, because Lord knows school ain’t fun,” he continued. “I share this message to remind everyone to stay in the game and not be a quitter.”