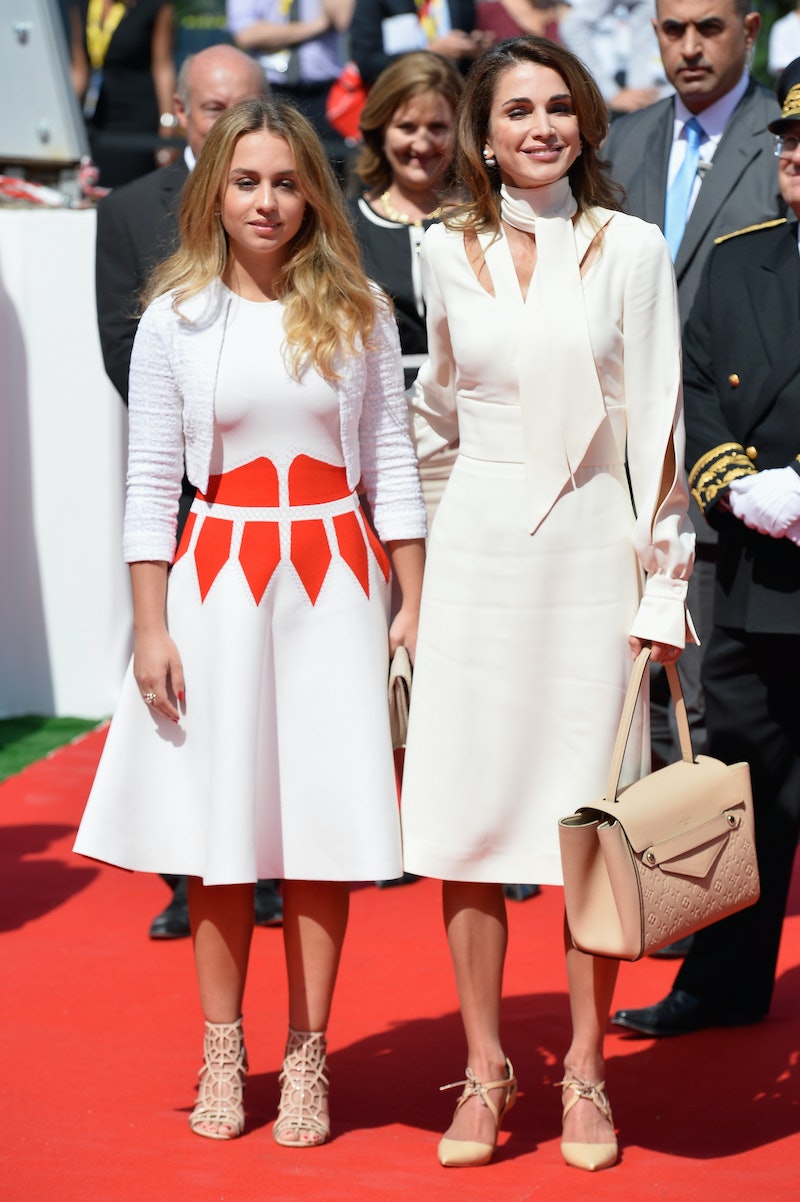 The second child of Jordan’s monarch — King Abdullah II and his wife Queen Rania — has just gone public with her engagement, with yet another royal wedding to spark some much needed joy. It’s thought that Princess Iman bint Abdullah II has been in a relationship with Jameel Alexander Thermiotis — a New York-based financier — for a few years now, and the announcement came from Queen Rania herself.

Sharing the engagement on her Instagram in a very proud mum moment, the queen posted a photo of the happy couple, showing Princess Iman dressed in classic, wedding white. Clues of what’s to come? The post read, in both English and Arabic: “Congratulations my dearest Iman; your smile has always been a gift of love that I’ve cherished since the day you were born. I wish you and Jameel a life filled with love and laughter!”

And in true royal fashion, an official engagement announcement has been issued on the Royal Hashemite Court’s Instagram account as well. In part, it reads: “The Royal Hashemite Court extends its sincere congratulations to Her Royal Highness Princess Iman and Mr. Thermiotis on this occasion and wishes them a lifetime of happiness.”

The Jordanian royal family, also known as The Hashemite Dynasty, have ruled the nation since 1921. They previously ruled over Hejaz, Syria and Iraq too, circa 1960.

In 1993, Queen Rania herself walked down the aisle to wed King Abdullah II, marrying at the Zahran Palace in Amman, Jordan, per Town & Country. Queen Raina wore a white dress by British designer Bruce Oldfield, with gold detailing and drop earrings.

If her mother’s wedding is anything to go by, royal fans are definitely in for quite the glamorous and lavish wedding for Princess Iman and her future husband.