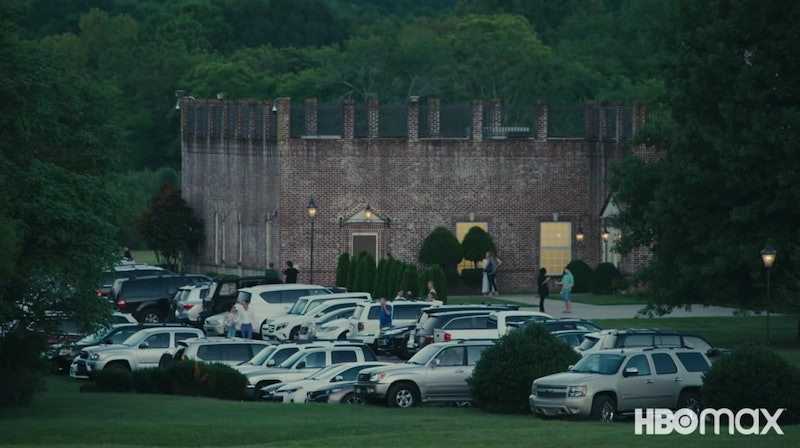 HBO Max’s The Way Down takes a critical look at the practices of Remnant Fellowship Church, which was founded by Gwen Shamblin Lara in 1999 and centers around her controversial diet program The Weigh Down. It was Shamblin’s belief that in order to reach salvation, one must transfer their desire for food to an obsession with God; she preached to her followers that thinness equated to holiness and to only eat when they feel hunger pains. “You don’t glorify God [if] you don’t make the church look good, if you’re overweight, or if your children are not obedient,” one former member, Gina Graves, claims she was told.

Former members of Remnant allege in The Way Down that they were encouraged to discipline their children with violence, spanking or beating them until they became totally obedient. (Shamblin denied these claims). “The way you show God that you are answering to him is through obeying your mother and your father on the first time. If you do it on the second or the third time, or you are slow to obey, you are being your own God, and nobody playing around like that can ever go to heaven,” Shamblin is heard saying in an audio clip featured in the docuseries. “If you do not obey Mommy and Daddy the first time you will be taken out and you will be very, very sorry.”

Laura Boone, who worked as a babysitter for members of the church as a teenager, recalls witnessing these practices firsthand while at Remnant on Easter weekend in 2003. There, she says she saw 8-year-old Josef Smith crying in a corner. When she asked his father, Joseph, if he knew of any way she could calm the boy down, she says he responded that Boone should, “just hit him. Hard." Unwilling to do so, Boone claims Joseph then took his son into a locked room and beat him while other members of the church stood by. Months later, in October 2003, Josef died. Laura had not been back to Remnant since the Easter incident, but saw a news program covering the story and immediately called the authorities.

Detective David Schweizer, who’s interviewed in The Way Down, took lead on the case. During his investigation, he came into the possession of a recorded phone call between Gwen and Josef’s mother, Sonya. In the call, Sonya is told to discipline Josef by hitting him with glue sticks. She also tells Gwen, “I did exactly what [church leader Tedd Anger] told me to do, to spank him on the back of his thighs. [I took] everything out of his room and locked him in there from that Friday until Monday and only left him in the room with his Bible.” To which Gwen responds, “You’ve got a child that’s going from just bizarre down to in control. So I praise God.” Gwen later claimed the tape had been doctored.

Medical examiners concluded that Josef died as a result of blows to the head, and firefighters who responded to the parents’ emergency call said his body was covered in bruises. As reported by NBC, Josef’s father admitted to hitting the boy "four or five times" and told authorities that Josef needed frequent discipline because he had carved death threats on the wall and claimed to be a "soldier of the devil." However, Josef’s parents claimed he died after passing out during a prayer session at home, after which he never regained consciousness. (They also suggested that Josef died as a result of a bacterial infection from chronic eczema.)

Eleanor Odom, the Assistant DA in Cobb County, Georgia, reported that Josef’s injuries were some of the worst she’d ever seen. Schweizer also said the bruises on Josef’s body were consistent with those that would be left by glue sticks. Prosecutors claimed that Josef was locked for hours in a wicker box held closed with bungee cords, the top of which slammed down on his head, causing suffocation and blunt force trauma. Schweizer also noted that Josef was the second Smith child to die within 11 weeks, which he remarks in The Way Down was highly unusual. Their other child, 17-month-old Milek, was concluded to have died of SIDS in July 2003, but Schweizer remains dubious of that claim and says he wished that he’d dug deeper.

Ultimately, Sonya and Joseph Smith were sentenced to life in prison plus 30 years in March 2007 for Josef’s death. Remnant Church leadership funded their legal defense and have continued to insist the Smiths are innocent. In 2009, the church tried to appeal for a new trial, but the request was denied. The couple remains in prison.