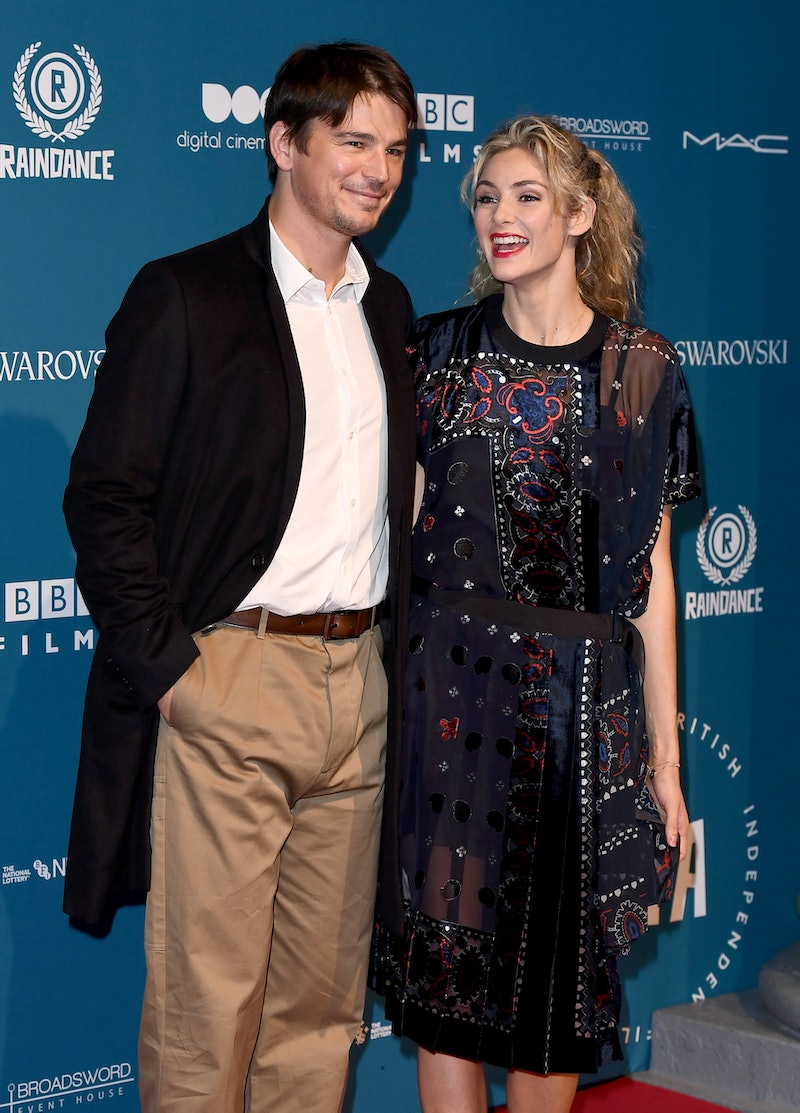 Sky’s latest drama The Fear Index has got everyone talking — especially when it comes to its leading man, Josh Hartnett. Having starred in some major Hollywood blockbusters including Pearl Harbor and Black Hawk Down, Hartnett now stars as computer scientist Alex Hoffmann. Adapted from the 2011 novel of the same name, The Fear Index focuses on Hoffmann, the founder of fictional hedge fund Hoffmann Investment Technologies, which has recently launched an “AI-driven system” that exploits fear in the financial markets to make big returns, per the synopsis. As you’d expect, things end up going terribly wrong and Hoffman’s life, and the lives of those around him, are put in immense danger. While that may be the case for Hartnett’s fictional family, what about his real-life family?

Hartnett is in a long-term relationship with British actress Tamsin Egerton (no relation to Taron Egerton), of whom he shares three children with. Hartnett and Egerton met on the set of The Lovers in 2010, according to the Daily Mail, but they didn’t start dating until the 2012 film Singularity, which saw them work alongside one another once more.

Born in Surrey, you’ll recognise Egerton most from her role as Chelsea Parker in St. Trinians. She also starred in Love, Rosie, Keeping Mum, and The Brothers Grimsby. The last project she worked on was Balance, Not Symmetry in 2019, and since then she and Hartnett have been raising their three children in Surrey. While Hartnett isn’t active on social media, Egerton most certainly is and frequently gives her Instagram followers glimpses into their chill life in the English countryside.

That’s not to say that Hartnett is completely private about his personal life. In 2021, he opened up about his family in an interview with Mr Porter. When asked what projects he’s most proud of, he replied that being a dad is all he could have asked for. “The thing I am most proud of is that I’m a father of three and I have a good relationship with my partner, and a great family life.”

Hartnett also revealed that he’s made a conscious effort to put his family before fame. The dad-of-three remarked: “A lot of people get caught in that [fame] trap, but I feel very strongly about friends I've known for a long time and my family. I wanted to make sure I wasn't losing those relationships. Those people make me who I am. I put those concerns ahead of chasing a Hollywood dream.”