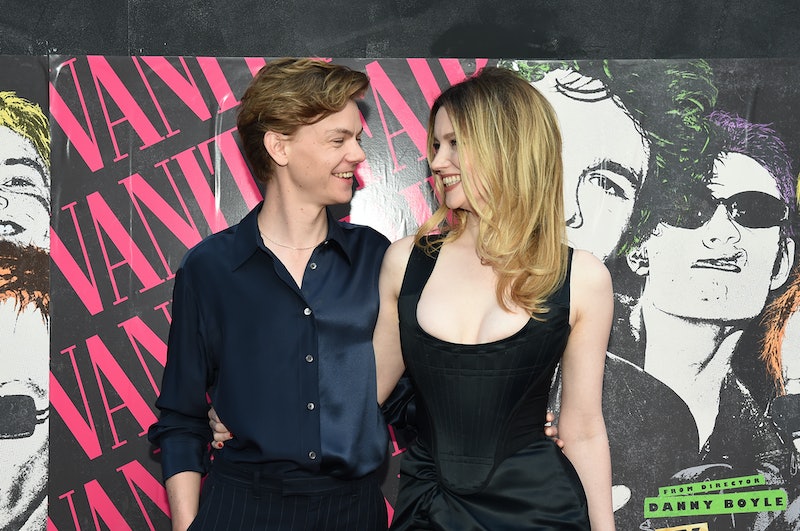 For ten years, fashion designer Vivienne Westwood and music manager Malcolm McLaren were one of punk’s most influential couples. Now, the pair are set to be introduced to a whole new generation courtesy of Danny Boyle’s limited series Pistol, played by Westworld’s Talulah Riley and Thomas Brodie-Sangster of The Queen’s Gambit and Love Actually fame. And since working together, it would seem that Riley and Brodie-Sangster have become somewhat of an item.

Having met on the set of Pistol in the summer of 2021, the pair were dating soon after according to the Daily Mail. Riley had just broken things off with her ex, artist Matthew Rice, who told the newspaper that Brodie-Sangster was a “very lucky man”. Speculations that the actors were indeed dating came after they were spotted holding hands in November 2021.

In January 2022, the pair paid a visit to a Lincolnshire chippy together and posed with staff at Papas on Cleethorpes Pier after tucking into their award-winning grub, per Grimsby Live.

A month later, the couple were then spotted again in London heading into swanky Marylebone destination KOL. Pictured popping into KOL for lunch, Riley and Brodie-Sangster were snapped laughing together and holding hands as they headed into the popular spot.

Brodie-Sangster and Riley made their relationship red carpet official in March, attending the 2022 BAFTA Gala Dinner together. Riley was pictured resting her head on her beau’s shoulder at the bar during the event. And in May, the couple seemed even closer while at the Pistol premiere in New York City on May 19.

As reported by the Daily Mail, Riley had her arm around Brodie-Sangster’s waist as they walked the carpet, stopping for interviews together along the way. In one particular moment for the Pistol’s Insta Story, Riley revealed that she and Brodie-Sangster had been nicknamed “mum and dad” by the younger cast. “We were significantly older than the others,” she said.

Bustle has approached representatives of both actors for comment.

More like this
Tanya Burr Is Expecting A Baby With Her Mystery Partner
By Maxine Harrison
Everything You Need To Know About Miss Vanjie’s New Dating Show
By Rachel Mantock
Ryan Gosling’s Ken Just Got The Seal Of Approval From His Partner Eva Mendes
By Rachel Mantock
At 28, Emma Thompson Was Already A Star — But Unhappy In Love, Actually
By Olivia-Anne Cleary
Get The Very Best Of Bustle/UK