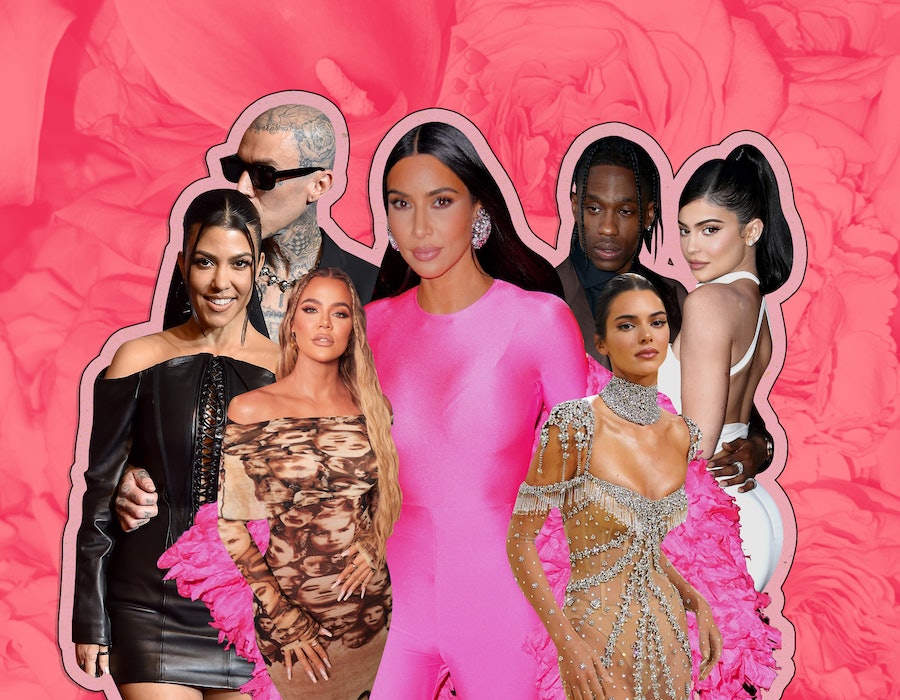 We all know the saying “the devil works hard but Kris Jenner works harder.” But when it comes to the holidays, there’s someone who’s got both KJ and Lucifer beat: the Kardashian’s florist. Nobody does a holiday like this gloriously over-the-top family. Halloween isn’t just one night, it’s a week’s worth of grid-worthy costumes. Birthdays are cause to construct a full-on carnival in their backyard. (Or rent a private island.) But what do these events have in common, besides an endless barrage of Instagrams? Floral spectaculars.

When it comes to flowers, the Kardashians live by one simple rule: more is more. Come Valentine’s Day, each sister’s home transforms into its very own botanical gardens. Be it through flower walls, hanging roses from the ceiling, or hedge-size sculptures made of peonies. But as I scrolled through my feed this year, I couldn’t help but wonder: how much is this costing the Travis’ and co.?

A cursory look through Jeff Leatham’s (the Kardashian’s go-to flower guy, a man so skilled in his craft that he was knighted by the French government for it) website reveals that one “bundle” of his roses runs around $200. Now imagine purchasing enough of those to fill a Calabasas mega-mansion?! Blink 182, it might be time to start touring again.

Kendall Jenner has been dating NBA player Devin Booker since sometime in 2020. While a year and a half is a relatively short time to be together, it’s still long enough for Booker to know better. Based off what I can gather from Kendall’s Instagram story, Booker went with a simple, straightforward arrangement of sunflowers and roses. Pretty? Sure. Grand enough to measure up against the competition? Absolutely not.

Estimated Cost: $20, the average price of a bouquet at Whole Foods.

Despite the on-again, off-again nature of their relationship — Travis Scott has been around long enough to know how a Kar-Jenner Valentine’s Day is done. But with the holiday coming so soon after the birth of their second child — they welcomed their son, Wolf Webster, on Feb. 2 — you can tell that he was on autopilot when it came to the flowers. They’re lavish enough to not make any waves, but are lacking in that X-factor we associate with this family’s floral displays. (Who can forget the time that Scott filled every square inch of Kylie’s house with rose petals?) Scott gets a new parent pass, this time, together with a bonus point for stepping outside the tyranny of the red rose.

What I love about Kravis is that in addition to being down bad, they also have their couple’s vibe down. Their colors? Red and black. Their aesthetic? Goth. Their guilty pleasure? Being Disney adults. And Barker, unsurprisingly, hit it out of the park by incorporating all three of these cornerstones into his floral arrangement. With flowers descending from the ceiling, a mix of topiary and rose delights, and sculptures of Mickey and Minnie — Kravis continues to Bustle’s vote for prom king and queen.

Valentine’s Day can be a bit of a downer when your partner has let you down, but no amount of heartbreak was going to stop Khloé from celebrating Valentine’s Day. Flying solo this year, her family stepped up and sent Khloé her fair share of flowers. There was a bouquet from Penelope; a heart emblazoned bundle from the Scott-Jenner household. Then there was a truly surprising display of affection... pink roses from Pete Davidson. While it’s been reported that Davidson rented Kim a suite at New York’s Carlyle Hotel and filled it with flowers and gifts, this is the only photographic evidence of Davidson’s gift-giving abilities. And so far, I’m pleasantly surprised.

After a weekend’s worth of misguided attempts at winning Kim back via Instagram, Kanye West sent his ex a truckload of red roses. To which all I can say is, no comment.