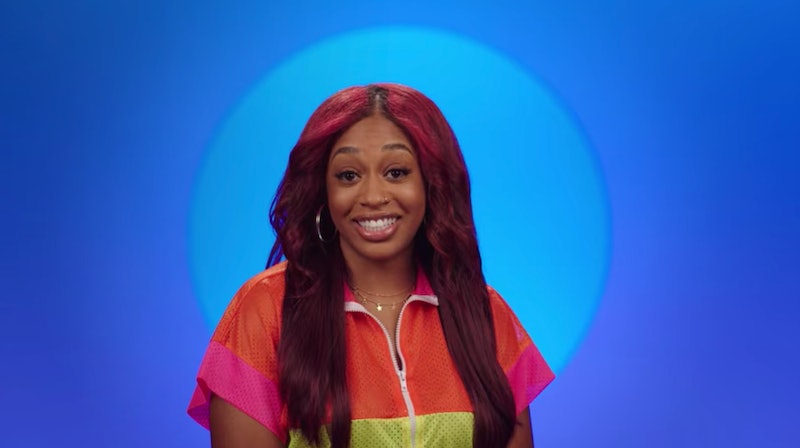 Kai Ghost is determined to win The Circle Season 3, and she has a pretty clever strategy to do it. She calls it CCCF, which stands for “compliments, comedy, and commonalities, with a sprinkle of fantasy on top to get everybody on my side,” she explains in her intro. “I’ll be anything you want me to be, so there is nobody or nothing that is going to stop me.”

It seems to be successful. In the premiere episode, Kai becomes the first — and only — influencer, and she’s undoubtedly going to continue to be a major player throughout the season. Here’s everything else to know about the Nashville, Tennessee native.

Kai is a self-avowed Southern belle who describes herself as “honest, super smart, and a little devious,” adding that she’s the type to “throw somebody under the bus and ask God for forgiveness afterwards.”

She also alludes to being able to sniff out when someone isn’t telling the truth — which is no doubt going to come in handy in the game. “My dad did used to be an FBI agent,” she explains in her intro, explaining that she’s developed “a hell of a high bullsh*t radar.”

“Kai Ghost” appears to be a pseudonym of sorts. In the show, she reveals her full name is Keisha, and in a 2019 Instagram post, she explained how the two halves of her name represent the two sides of her personality. Kai is “the epitome of honey,” someone who “listens with her heart” and is “fueled by intrinsic values,” she wrote. Ghost, meanwhile, is “the epitome of spice,” someone who “finds happiness in her hustles,” is more dominant and confident, and is ultimately “the protector of Kai.”

Kai says she works in “quality control” on the show but never really elaborates. In real life, she’s a singer and songwriter. You can listen to a song titled “Cake” on her Youtube channel.

Kai’s Instagram exudes the same positive energy that she brings to The Circle. She has a few pictures lounging at the beach, dancing at a summer fair, and chilling in a rainbow dress and Pokémon slippers. She’s also definitely not afraid to laugh at herself. “Today was ‘National Act a Fool Day’ for me!” she posted in December 2020 under a video of her happily twerking. “Honestly we all need an extra dose of laughter, love, and positivity ... Always remember not to take yourself too seriously and know that one of the best ways to make people happy is to be genuinely happy yourself!” she wrote.

So far, Kai has been a powerhouse on The Circle. We’ll have to see if her bubbly personality and CCCF strategy carries her all the way through to the end.