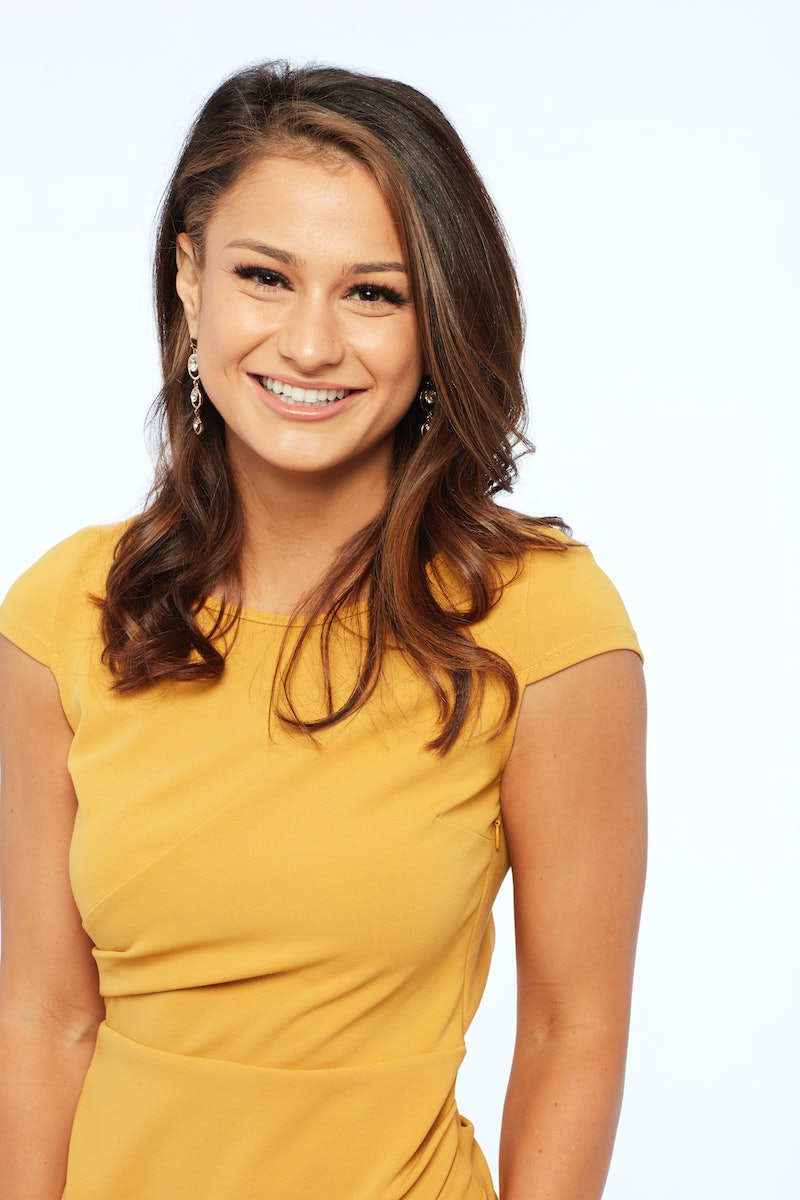 Limo entrances are all about making a good first impression, and Bachelor contestant Kaili Anderson delivers possibly the "boldest" and "coldest" of Season 25. "Kaili's entrance definitely caught Matt's eye," host Chris Harrison said during a live video stream introducing the cast on Dec. 11. "I'm gonna go out on a limb and say he enjoyed all of it."

Based on the sneak peek for Matt James' season, Kaili greets him wearing only black lingerie and a silky robe. "Are you nervous?" she asks him, to which Matt responds with a smile, "Not anymore." Will such a splashy arrival be enough to win Kaili a rose, or perhaps even a proposal? Here's everything we know about the fearless 26-year-old.

Kaili is a hostess and "works in the club scene in Chicago," according to Harrison. Before that she worked at the Encore Beach Club in Las Vegas, which explains why strutting in a bikini is an easy feat for the San Diego native.

Harrison went on to note that viewers should remember that Kaili has experience working in clubs "because that job is going to lead to her being embroiled in a pretty big, dramatic storyline this season." He didn't elaborate, but perhaps another contestant deems Kaili's job too risqué for Matt, a real estate broker and community organizer. Alternatively, Kaili's job means she's probably used to seeing fights break out. Maybe she tries to mediate but gets sucked into the drama instead?

Of course, she could also be the cause of the blow up too. To quote Kaili's humorous tweet on Dec. 25, "In response to not getting the attention I deserve I will now be causing problems."

Kaili isn't shy about showing off her line of work on her Instagram. On July 10 she even posted a cheeky photo of her in a hoodie with the caption, "Plot twist: not a bikini pic."

What Is Kaili Looking For On The Bachelor?

According to Kaili's official ABC bio, Kaili is looking for someone who's witty, charismatic, and not afraid to laugh at himself. She also wants someone introspective and fit, who can both join her on daily runs and romantic picnics. One day she hopes to compete in an ultra-marathon; Matt is also an avid runner who clearly enjoyed her entrance, so who knows, maybe Kaili's bold move pays off in the end.